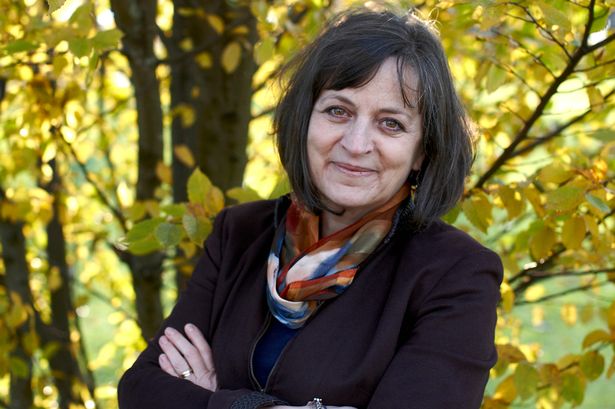 The idea of palliative care is grounded in the inherent value of every human life. It is based on the internalization of the fact that prolonging life might not be possible, and not even desirable. It stems from the belief that an individual is the owner of his/her body and mind and thus must have the first voice in any decision that needs to be taken regarding it.

I was recently introduced to the term ‘Palliative Care’ through the book authored by Dr. Kathryn Mannix, titled ‘With the End in Mind: Dying, Death and Wisdom in an Age of Denial’. I may be sounding very ignorant or uninformed to many when I say that this was the first time when I was introduced to the concept of palliative care. However, I am sure; many may also be riding in the same boat as me.

The book mentioned above is a collection of first hand experiences of Dr. Kathryn Mannix, who has an experience of more than three decades as a practitioner of palliative care. On her reasons for writing this book, she states, ‘It’s not an easy conversation to have, but one I feel we must.

That is why I wrote my book, With the End in Mind: Dying, Death and Wisdom in an Age of Denial, which is now on the Welcome Book prize shortlist. During my 30-year career in palliative care it became increasingly clear to me that someone had to tell the world what normal dying is like.

Only, it started to dawn on me that no-one was going to do that – and I felt compelled to try. I took early retirement to make time to speak out, in an attempt to reclaim public understanding of dying.’

Dr. Mannix has been one of the foremost palliative care practitioners in Britain and understandably so the book is written in a British context.

However, after reading this book, the concept of palliative care struck me enough to make an effort to search about its practice in the Indian context. I had assumed this aspect of patient-care will be totally absent in India, but I was pleasantly surprised to find that, though, still at nascent stages, this concept has been in existence in India as well. I came across a journal article by Divya Khosla, Firuza. D. Patel and Suresh. C. Sharma, published in the Indian Journal of Palliative Care in 2012, titled, ‘Palliative Care in India: Current Progress and Future Needs’. As the title suggests, it talks in sufficient detail about the trajectory of palliative care in India, mostly in the context of palliative care for cancer patients.

Palliative care has been defined by WHO as follows, “an approach that improves the quality of life of patients and their families facing the problems associated with life-threatening illness, through the prevention and relief of suffering by means of early identification and impeccable assessment and treatment of pain and other problems, physical, psychosocial, and spiritual”.

It is thus clear from the definition of palliative care itself that this is a multi-dimensional and inter-disciplinary field of research comprising of various professionals like doctors, nurses, counselors, social workers etc. and other volunteers.

The very idea of palliative care is grounded in the inherent value of every single human life. It is based on the internalization of the fact that prolonging a human life might not always be possible, and in some cases, not even desirable. It also stems from the belief that an individual is the owner of his/her body and mind and thus must have the first voice in any decision that needs to be taken regarding his/her body or mind.

This aspect is least understood, at least in the Indian context, where the patients have the least say in the trajectories that their treatment should follow. They are seldom asked about their preferences and choices. Key aspects of the illness are often even hidden from them. There is nobody to help them with the immediate concerns that might be plaguing their minds. There may be no-one to even share these concerns.

It is a matter of common-sense that any illness, however big or small it might be, is never solely physical. It is always multifaceted – touching physical, mental, financial, spiritual, and social and such other facets of a human life.

Additionally, the primary care-takers and the families of the patients are also undergoing a lot of stress, which is seldom considered worthy of further exploration, at least in the Indian context. It is treated as a natural course of action for the family members to ably care for the patient. Their worries, concerns, frustrations, feelings etc. – none of these are thought to be of special importance.

It is a matter of common-sense that any illness, however big or small it might be, is never solely physical. It is always multifaceted – touching physical, mental, financial, spiritual, and social and such other facets of a human life.

It has the potential of centering the entire concept of patient care around the needs of the patients and their families, which is how it should be.

It is an area which should be encouraged and graciously funded so that more and more research comes out of this area. Its education and awareness need to be spread on a mass level. MCI has recognized MD in Palliative Medicine, which is a positive step and which will help in developing dedicated professionals in this area.

It is thus the need of the hour and a desirable objective for the future that we recognize palliative care for the huge potential that it has and take steps towards unlocking the same. The ideas of life, death, illness, treatment and care need to be thoroughly unpacked and viewed through a different lens – a lens that values and champions the dignity of each and every human life and, hence, leaves no stone unturned in ensuring that same dignity to each and every death.