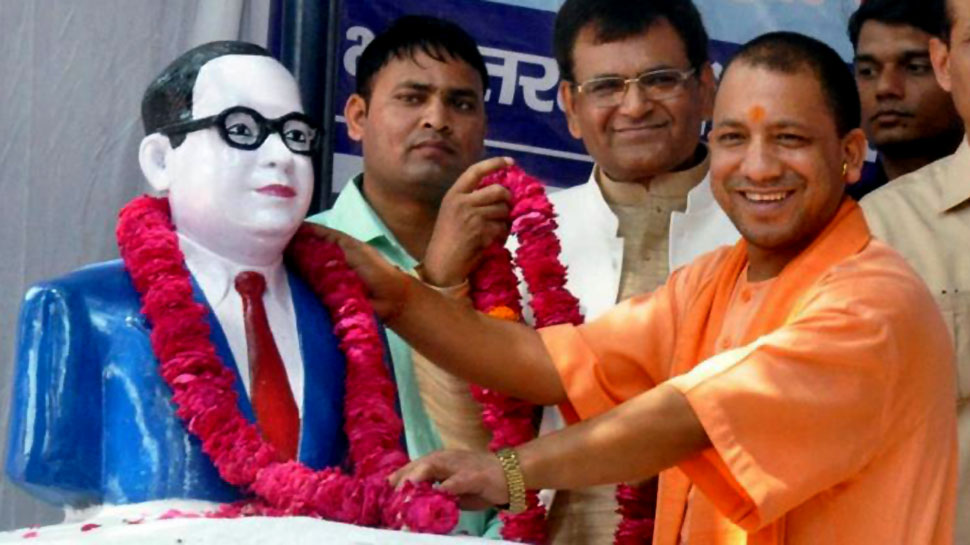 As the BJP government decides to name at least one road in each district of the state after Karpoori Thakur, we witness yet another manifestation of instrumental politics that refuses to go beyond the symbolism of iconography.

Caste refuses to wither away. Yes, our politicians would like to keep it alive; even the struggle for a caste-less society has to be fought in the name of caste; and ,it seems, we are persuaded to define ourselves in terms of our caste identities. Hence, you need not be surprised if the BJP government in Uttar Pradesh decides to name at least one road in each district of the state  after Karpoori Thakur. True, Thakur – the former Chief Minister of Bihar – was a charismatic leader known for his appeal amongst the extremely backward classes in Bihar.

And hence, for the BJP willing to expand its base as the 2019 Lok Sabha elections approach, it is important to tap the iconography of Karpoori Thakur. The politics of symbolism and appropriation is nothing new. Yes, the Congress did it (recall Mahatma Gandhi roads in our metros, Nehru libraries, and their statues everywhere), and sought to project itself as the party of Gandhi and Nehru. And in recent times, Mayawati took this game to a great height.

Ambedkar statues, Buddha parks and even her own birthday celebration-the BSP, it seems, was trying to spread the message–the message of Dalit assertion, a party of the poor with its ritualism of anti-Brahminism. Likewise, The BJP seeks to see itself beyond the bania-brahmin social base; it enters the politico-cultural landscape of the ‘backward’ castes. Yes, it is not altogether impossible to involve them in the growing saffronization of cultural politics. 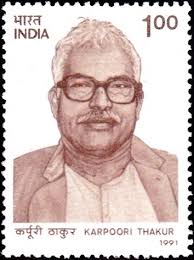 Yet, a question haunts us. Is it a chess game-a diplomatic strategy, a manipulative masterstroke? Or is it a genuine urge to fight casteism as an ideology, and create an emancipatory society?

This requires a deeper understanding. Casteism as an ideology is based on hierarchy, forced division of labour and purity-pollution dichotomy; it destroys our shared humanism; it limits our possibilities; it is inherently violent. If we wish to overcome it, we need to fight three battles simultaneously.First, we need a counter ideology, or some sort of critical pedagogy that inspires us to see ourselves as just humane, beyond all limiting identities. Our caste identities limit us; we should not be allowed to forget that potentially we are beyond all sorts of narrow identities.

This is a cultural/psychic struggle. Second, we need to fight for a shared public space; let our schools, local communities, civic bodies, temples be inclusive–without any caste colour, without any barrier. In a way, this is a fight for creating an egalitarian/inclusive public spae. And third, it is important to fight the economic base of caste hierarchy by engaging more meaningfully with the land question, wealth distribution and social justice. These three battles require honesty, dedication and patience.

Ironically, the political class thinks ‘smartly’; with their ‘pragmatism’ they strive for quick solutions, the measures that, instead of going deeper, stimulate emotions and sentiments through mere symbolism. ‘See in your locality there is a Buddha park decorated with the statue of Ambedkar, and hence you are bound to be liberated because your government takes care of you.’ Or, for that matter, ‘walk through the Karpoori Thakur road in Gorakhpur, feel happy, your government is truly for the subaltern.’ Meanwhile, caste violence continues, even ‘Dalit/OBC leaders’ imitate the elite in terms of corruption and opportunism.

A Dalit Chif Minister, an OBC Deputy Chief Minister, a Prime Minister who, as it is said, once sold tea– you need not worry, feel happy, liberation has come. You are hungry. Your son is jobless. Your daughter is raped. You are stigmatized. so what? Move around the Karpoori Thakur road; look at Ambedkar’s statue in the Buddha park; vote for the self-proclaimed leaders of the marginalized; and feel that caste is really withering away.  Truly, a magic show!

For how long should people accept this politics of mass deception?