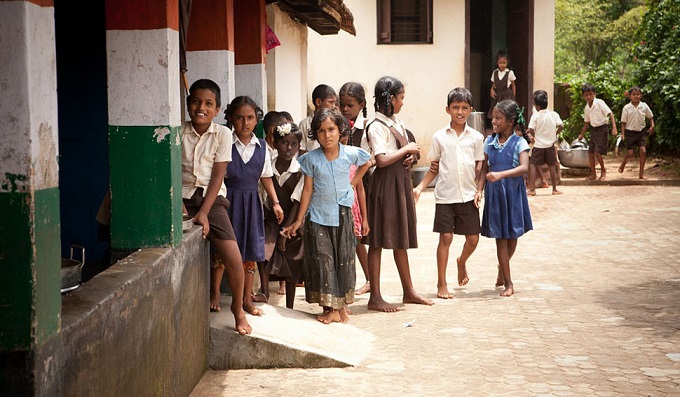 The systematic reversal of this provision without informed debate and research is a set-back to the progress made and dilutes children’s educational right. Governments must understand that curricular decisions shall be mediated by an understanding of the complexities of educational practice.

Section 16 of the Right of Children to Free and Compulsory Education Act (RTE) 2009, concerning No Detention (not failing children) at elementary school stage, has been amended recently.

This Section stated “No child admitted in a school shall be held back in any class or expelled from school till the completion of elementary education.”

Ever-since its implementation in 2010, several constituents of school education have argued that No Detention provision (NDP) is neither practicable nor desirable in the given school realities in India. A Sub-Committee of the Central Advisory Board of Education (CABE) formed to examine the issue submitted its report in July 2014, with the recommendation for re-introduction of detention in elementary classes beyond primary.

Followed by a series of developments, the RTE (Second Amendment) Bill 2017 was passed in the Lok Sabha on 18 July 2018. The amended Section 16 states:

Given the Amendment, now the state governments will be able to decide whether or not to detain students in Classes V and VIII. While this arbitrary space in the Act is worth further debate, it is more pertinent to underscore the dilution of the fundamental right itself by creation of this “option” for the state to fail children.

NDP has been held responsible by educational functionaries and stakeholders including parents, for presumably diluting the ‘quality’ of learning as indicated by the low levels of learning achievement in surveys conducted by various agencies. It is specifically contended that NDP discourages children from learning and does not keep them motivated about taking studies seriously. None of these claims are researched and are preliminary opinions. Yet, within less than a decade of its implementation, the RTE Act has been amended to overturn NDP in Classes V and VIII.

This Amendment will have cascading effect on the whole Act as it sees elementary school as a continuum and not as classes isolated from one another. It will also, by default, disable some of the other provisions (like age appropriate education, and possibly that of no board examinations till Class VIII), and especially those in the Section 29 as these are inevitably tied to NDP (such as Continuous and Comprehensive Evaluation (CCE)).

Seen holistically, the Act mandates a school environment that is non-threatening and conducive for children. It lays down the essential elements of this environment with “learning through activities, discovery and exploration in a child-friendly and child-centred manner… making the child free of fear, trauma and anxiety…” (Section 29 (e) and (g)). This understanding is based on the long-drawn developments in the educational discourse, seeking to address some of the challenges that the education system in India has been grappling with.

While repeated failure and dropout have been major challenges in universalising elementary education, lack of engaged learning has been the other critical concern. Some key policy related documents (particularly the Yashpal Committee Report 1993, and the National Curriculum Framework 2005) have highlighted these issues and identified one of the solutions as systemic reform in assessment of children’s learning.

The traditional evaluation practices in the Indian school system aim to ‘pass’ or ‘fail’ the students on the basis of their ability to reproduce textbook-based information. The experiences of evaluation resulting in failure, humiliation, guilt and stressful competition, are traumatic for young learners – especially for those who have entered the school system for the first time.

The need for differentiating between a) evaluation as a mechanism of pass/fail, and b) assessment as a feedback process, is established in this context.

A careful reading of the RTE Act shows that it does not stipulate ‘automatic promotion’ which is one of the major misconceptions associated with the NDP. Those arguing against the provision are viewing it in isolation from the mandate of continuous comprehensive assessment.

CCE is a tool that is envisioned to enable teachers to observe children and their learning closely, and make-sense of their incremental progress. That teachers will base their teaching on these understandings, and will give feedback to children to further support learning, forms part of the overall mechanisms of NDP.

The Act thus places significant responsibility for a child’s learning on schools, teachers, and most importantly on the state, making it essential for them to constantly engage with the needs and interests of the child.

However, research studies have found several issues in how the above mandates have been implemented in schools.

Some most persistent issues include:

It is even more critical to ask that given the above scenario are low learning levels at all the outcomes of low student or teacher motivation? Would failing children solve the problem of quality and ensure learning levels? Is the traditional exam system a solution to any of these problems? The removal/dilution of NDP is the most ‘convenient’ solution to the mounting problems of quality, as this allows blaming and penalising children for the failure of the system.

With the clauses of child-centred learning, NDP and CCE, the RTE Act represents a legal framework guaranteeing an education that is not based on the undemocratic practices of instilling fear but enables life with dignity. These provisions are meant to ensure that children learn for the reason that they are interested in learning and not out of compulsions laid down by adults; fear of failing, or just for appreciation for passing exams.

The idea of NDP is not a novelty of the RTE Act. It has been in practice in various states of India and different parts of the world long before the Act. It marks a gradual paradigm shift in the understanding of the process of learning and of school as a friendly, welcoming and democratic institution for children, where diversity is nurtured.

The systematic reversal of this provision without informed debate and research is a set-back to the progress made and dilutes children’s educational right. Governments must understand that curricular decisions need to be mediated by an understanding of the complexities of educational practice. It is ironic that this Amendment in the Act was passed in the Lok Sabha around the same time when the Yashpal Committee Report on Learning without Burden completed its 25 years.