The recent arrests of activists working for the oppressed sections of society and the charges of alleged naxalite links has sparked of a nationwide debate on the threat to democratic practice in India.

Mohammad Zafar  is working in the field of science education in district Uttarkashi of Uttarakhand.

[dropcap]T[/dropcap]he recent arrest of activists, journalists, lawyers and others is shocking, questionable and problematic. People like Gautam Navlakha, Anand Teltumbde, Sudha Bhardwaj and other activists are being described as Urban Naxals and conspirators just after the raid which was conducted across many states. Some news channels have already started projecting them as conspirators and ‘urban maoists’ and some even started a hash tag campaign on the issue by highlighting the conspiracy around the PM’s assassination. 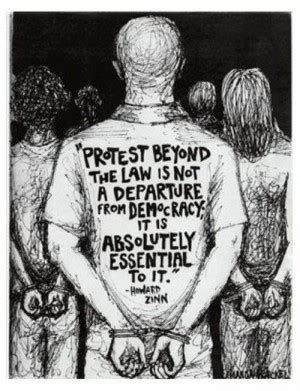 The police is of course doing its investigation and I trust judiciary and law, but the way the government acted against these activists points towards a dangerous trend. The way the media started giving statements as verdicts is also a serious issue. I was not aware about other names but knew that Gautam Navlakha is a well-known journalist and outspoken person for marginalized people & their rights. Anand Teltumbde’s writings give critical insights not only about Ambedkar and his thoughts but also on other aspects of caste and other social issues. He has also looked at the Bhima Koregaon incident’s multiple dimensions and analyzed them critically. In his writings, one can’t find him biased or prejudiced. He speaks rationally and his arguments are based on facts.

These two names are of those who informed people through their writing on important and unheard issues and made the concerns of the marginalized public. Coming to the third name, Sudha Bhardwaj, I met this strong lady at my university campus when she had come for a lecture on the tribal issues affecting Bastar region .In the talk, she put forward logical points on the situation of Bastar, rights of Adivasis and marginalized sections and how corporate houses are trying to capture the resources of Bastar where land is full of various minerals, important ores and forest produces. But there, people still starve and fight for their rights of Jal, jungle and Zameen.

During another lecture, she also talked about Chhattisgarh Mukti Morcha and shared stories from the life and struggle of Shankar Guha Niyogi and his team, she shared how the class struggle among workers had ignored other issues such as caste, gender etc and how they all worked to include these issues in their strategies and worked with workers to spread importance of these issues. While doing informal interactions I got to know that she has a long history of working with workers, Adivasis and other marginalized sections of society. She was an active student during her IIT days and even at that time she worked on the issues of workers and marginalized people.

So during that meeting in our campus we heard from her about a march of people in Bastar and when some of us went to do independent study in Bastar region, there Sudha Ji helped us in meeting with activists, political leaders and villagers too. We took interviews, stayed with villagers, questioned them on various issues and then also attended a march of villagers organized by CPI and its coalition teams.

Though some of us were critical about that march as it was a political march during campaigning time of elections but we found it as a good opportunity to explore issues of villagers while discussing with them by informal discussions. We found stories of struggles for Tendu Patta, changing scenarios of political leaderships and we found people beaten by security forces on assumptions that they were Naxal.

After this eye opening journey where we danced and walked with local villagers, found other sides of the development, we visited Bilaspur where we stayed at Sudha ji’s place. We had dinner together and discussed on many issues with her and she gave answers of our queries with her smiling face. When I saw a book on water policies and issues in her collection, she offered me that book as a gift. She shared that she decided to be a lawyer because by this profession she can help needy by legal process and support them in their rights and justice. And that is true, Sudha ji is active in Chhattisgarh to fight legal battles for those who are even ignored by us, who don’t have money to seek legal help, she takes risk of taking cases of false charges against villagers, oppressions, protecting rights on resources etc. And her activism is based on law and legal practice and not on violent such as provocative speeches or by enhancing mob culture.

Today we see that she is being treated as a criminal and so called mainstream newspapers and channels have started labeling her as an ‘urban Maoist’, Naxal Sympathizer, etc. So, it’s time for us to ask questions and act in our own ways to save democratic voices. It’s shameful that some channels are labelling her and other activists as Naxals and conspirators without waiting for proper investigation and judicial verdicts.

Actually it’s very easy to label Human right activists and people who are standing with Adivasis, Dalits, workers, as Urban Naxals and all this happens because such people are critical of the government’s stand, they know how to question, they show the other side of the state and reveal oppression within the state machinery on Adivasis, forest dwellers, workers and they talk against loot of resources in tribal regions and oppression of marginalized sections of society.

I am sure that these charges are nothing but a way of traumatizing people who are raising questions, who fight peacefully for justice and who show mirrors to governments. We have recently seen this trend which is rapidly increasing, where social activists are being targeted as anti-national, anti-development, urban naxals, etc. But those who loot directly by corruption, by capturing resources with corrupt contractors and corporate houses are left untouched. And those who talk about rights, justice and equity are specifically being targeted by the state. In Chhattisgarh, we have seen examples of Jagdalpur Legal Aid Group, Bela Bhatiya and Jean Dreze and how local political groups and state targeted them.

So the time has come when we all should stand with these activists who have given their lives for justice and human rights. Media should also wait for proper investigation before labeling someone as Naxal, criminal etc. If we won’t talk about these issues today and won’t step up against such labeling and selective targeting then a day will come when all voices for rights and justice will be vanished.

When I heard and saw the news on these raids I recalled the poem of Brecht “First they came”. It’s time to come and speak, that talking about rights of tribal people and legally fighting for them  is not Naxalism and leaning towards leftist thoughts and being a friend of communist party members is not Maoism and fighting cases against atrocities, rape, false charges is not anti-nationalism. In fact to stand with and protest for justice is the true responsibility of a civilized and aware citizen.