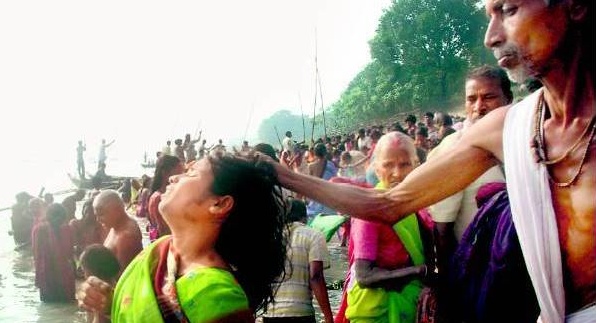 The little addressed malaise of witch hunting affected the lives of hundreds of ordinary women across the nation. The Assam Witch Hunting Bill is a fundamental step towards addressing the problem.

In a very positive development, ‘The Assam Witch Hunting (Prohibition, Prevention and Protection) Bill, 2015 finally got the assent of President Ram Nath Kovind making witch-hunting a “cognizable, non-bail able and non-compoundable” offence under the law.

Until 2001, the malaise of witch-hunting, despite being prevalent, was never recognised. It was in the mid-2000s that activists, social workers and NGOs began to take cognisance of the problem.

Between 2001 and 2017, reports state that there have been 193 witch-hunting deaths (79 male and 114 female), 202 registered cases, and 931 arrests made. The anti witch-hunting bill has faced hassles at the Centre mainly over the issue of non-application of an anticipatory bail. It proposes to deny anticipatory bail to the accused persons under the proposed Act.

Witch hunting is one of the greatest evils that any society has ever witnessed. It involves the branding of victims, especially women as witches, either after an observation made by an ‘ojha’ or ‘bej’ or a witch doctor.

The victim who is branded as a witch is subjected to numerous forms of torture, beatings, and burns, paraded naked through the village, forced to eat human excrement and sometimes even raped.

In some cases their hair is cut off and the victim and their children are socially ostracised and even put to death. It is generally understood that lack of education and development are the causes of this heinous practice.

While, these factors are undoubtedly crucial to take into account, but what is equally important to understand is the patriarchal structure of the society.

In this case, Assam is not an exception. Usually, in a patriarchal society, the easiest way to malign a woman’s status is by attacking her honour.

This notion of protection of the honour and purity of women is very intrinsic to the Hindu patriarchal family and kinship system.

It perceives a woman’s body as the bearer of family as well as society’s honour. Hence, in different stages of her life, a woman is subjected to many restrictions as well as strict norms.

Any incident of witch hunting is generally associated with a woman being branded as a witch.

However, at a deeper level one can understand that it is related to the larger problems related to property, superstition as well as uprooting a family either due to local level feud or by the conspiracy of the local land mafia.

In each of these instances, women become easy target to sham as evil souls thereby tarnishing their image as well as of the family in question. In Assam, prevalence of witch hunting is also related to the practice of witchcraft.

The belief in the practice of witch craft has a deeper connection with Assam’s spiritual history. Since 3000 BC all diseases and mental disorders were treated as being caused by uncanny super naturals, some of which are supposed to dwell nearby human habitat in the countryside.

Even Mayong , known to be the land of witchery and natural paradise is situated in Assam. Mayongese are believed to worship the planet of Maya or Byadhi. Similarly for centuries in most of the rural Assam the ojha, a traditional medicine man, is revered for his skills at countering black magic.

According to folklore, the medicine man learns his skills which include identifying and curing a witch.

In this context, lack of education and health services sometime work in favour of the Ojha to earn a living by treating various diseases such as jaundice, tuberculosis etc in an illogical way and finally leading to witchcraft and witch hunting.

Therefore, it can be understood that witch hunting is rooted in the larger socio-cultural set up of the Assamese society. Although one cannot generalise the whole community to be involved in this practice, but it is true that a large section of Assam has been both perpetrators as well as victims of this social evil.

The way to curb this social menace therefore has to be a community level awareness of these superstitions and persons have to be encouraged in their involvement in fighting against witch hunting.

This is the reason why the current DGP of Assam,Kuladhar Saikia who in 2000 launched project ‘Prahari’ to combat this social evil is of the opinion that social practices like witch-hunting based on superstitious beliefs are to be countered socially besides, implementing the legislation.

Therefore, the Assam Witch hunting Bill is just the first step of this long battle against the barbaric human practice.