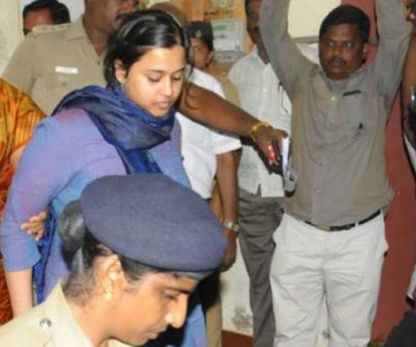 They arrest a student for shouting a slogan; and they want to delete the word ‘Muslim’ from  the name of Aligarh Muslim University. In these absurdities we see the growing insecurity of the ruling regime.

As a nation we seem to love controversies. And quite often the ruling establishment promotes these controversies by engaging in mindless acts that arouse fear, suspicion and anger. Think of the fear psychosis of the Tamil Nadu BJP Chief Ms. Tamilisai Soundararajan.

As the report suggests, Lois Sofia – a student studying in Canada- shouted a slogan: “Fascist BJP government down, down” on a flight in the presence of Ms. Tamilisai. See its consequences. The BJP Chief filed a complaint, and the student was sent to police custody for 15 days.

Is it the way a politician ought to behave? For the sake of argument, let us accept that the BJP is a democratic/liberal party, and the present government led by Mr. Narendra Modi is the best thing that has happened to the country. Let us assume that here is a government that is pro-poor, and is compassionate and inclusive. Then, why should one of its representatives feel so threatened by a student shouting the slogan? Does the Tamil Nadu BJP Chief have no sense of humor–the ability to laugh, meet the student, and convey a message: ‘My dear, you seem to be angry. I assure you that we would do nothing undemocratic.’?

In fact, the arrest of the student demonstrates once again that the BJP, far from being democratic and tolerant, is fast becoming insecure and totalitarian. It abhors all alternative voices; it loathes even the slightest trace of dissent. It is ironic that by her act Ms. Tamilisai has actually proved that the student concerned is not far from truth.

Think of yet another blunder. Why is it that the government is so eager to delete the word ‘Muslim’ from Aligarh Musim University? Is it really for the love of secularism? Given the record of the government, it is unlikely. Yes, in an ideal situation all public institutions should be open–beyond regional/religious/caste/linguistic identities. Moreover, a university blooms with inclusiveness and cosmopolitanism. However, we live in an extremely uneven society in which the minorities of all kinds feel the need for articulating and retaining the specificities of their cultural/religious/linguistic traditions. Indian secularism is endowed with this ambiguity or challenge–preservation of the identities of multiple traditions, and at the same time, a quest for a shared space transcending all boundaries.

See the case of Aligarh Muslim University. Its historical uniqueness suggests that it emerged because the emergent Muslim intelligentsia in colonial India felt the need for some sort of Muslim renaissance in India. In fact, its history, its primary ethos, its architecture, and its everydayness would indicate that here is a university that fascinates and attracts Muslim students and scholars from all over the country. This does not mean that Hindu/Christian/Sikh scholars are excluded.  Yes, like all other universities, AMU too has to grow, evolve, expand its horizon and open its windows. The trap of ‘minoritism’ is also not a good thing for a learning centre.

This does not mean that it has to change its name. In fact, the urge to do so is essentially an attempt to hurt the sensibilities of the minorities. It has got nothing to do with education and its radical transformation.

Possibly, the government has lost its interest in these pedagogic endeavours. instead, it wants to teach ‘appropriate lessons’ to all ‘disturbed’ universities – from HCU to JNU, from AMU to Jadavpur: the lessons of ‘nationalism’, or prevention of ‘Urban Naxalism’!