As we commemorate the 17th anniversary of the devastating 9/11 attacks on the American World Trade Centre, it i once more time to contemplate on the futility of war and violence in the contemporary times.

Zoya Chishti is a Political Commentator – based in Mysore.

September 11/2001 is forever going to be etched in the memory of people across the globe for its devastating and unprecedented connotations. The symbol of American capitalism and a proliferating economy – the World Trade Centre was smashed to ruins in what appeared like a matter of seconds when United Airlines Flight 175 smashed into it after being hijacked by a group of terrorists owing allegiance to the Al-Qaeda

Intensity of the Attack

The attack ended up killing 2,996 people and injured over 6000 people. What depicts the devastating scale of the attack is also the fact that months and years after the attack people continued to die in America as a result of exposure to chemical gasses and suffered respiratory as well as Cancer associated ailments.

Four passenger planes flying towards California were hijacked by a group of nine terrorists. After the horrific attacks the American attack on terrorism gained an altogether new moment which resulted in the capturing and launching of war on Afghanistan which had been home to the Al-Qaeda Chief Osama Bin Laden who later accepted the responsibility for the attacks.  The Al-Qaeda alleged their involvement in the attack as a consequence of the American support of Israel, the presence of American troops in Saudi Arabia and the sanctions against Iraq as the motives for the attack. Osama Bin Laden was killed in Pakistan by the American SEAL Team in May 2011.

A Memorable Day in History

As the United States in particular and the world in general commemorate the 17th anniversary of the most horrific attacks in recent history, it becomes all the more crucial for the world community to strive towards peace and disarmament.  Ceremonies in various parts of Washington and California are being held to spare a moment of respective commemoration of all those innocent people who lost their lives on that fateful day.

Attacks Over But Not the Consequences

The people who have been working at zero ground of the 9/11 attacks have been suffering form a range of respiratory diseases and even an onslaught of Cancer. The attacks had so much of chemical intensity that even after years of the attack; people have not altogether been free from its ghastly implications. In the last couple of years so many people have lost their lives in cancer and other ailments which have been caused due to the implications of the attack. More than 2,000 people have already died due to cancer due to exposure to ground zero contamination.

According to the World Trade Center Health Registry, a toxic cloud had been created due to the collapse of the twin towers which had exposed an estimated 410,000 people to 400 tons of pulverized concrete, glass and asbestos those lead to ailment like mesothelioma.

The attack also exposed people to poisonous gases and other dangerous substances. It is estimated that more than 10,000 people who had registered themselves with the World Trade Center Health Program for the treatment of diseases associated with exposure to ground zero contaminants are reported to have been diagnosed with either of the 9/11-related cancers like the non-melanoma of the skin, breast, lymphoma, lung, and kidney. 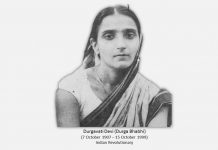