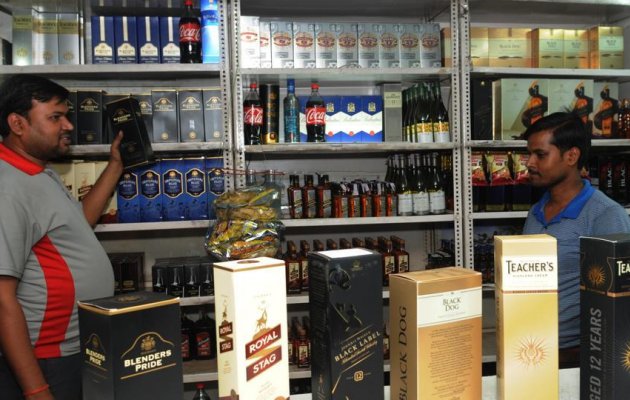 The consequence of obsessive drinking and alcoholism is most often the disruption and degeneration of family and social life of an individual. It is crucial to generate an awareness that reaches the society and generates sensitivity among the young and old.

Bharat Dogra  is a Senior Journalist who has been involved with several social movements and initiatives – based in Delhi.

According to the WRVH which examined a lot of the available studies on domestic violence, “the evidence is that women who live with heavy drinkers run a far greater risk of physical partner violence, and that men who have been drinking inflict more serious violence at the time of an assault,” More specifically this report mentions a survey in Canada which revealed that women who lived with heavy drinkers were five times more likely to be assaulted by their partners than those who lived with non-drinkers.

The WRVH says that both from the perspective of the assaulter and the victim, alcohol and drug consumption increases the risk of sexual violence, including rape. In the context of the victim this report says that consuming alcohol or drugs makes it more difficult for women to protect themselves “by interpreting and effectively acting on warning signs.” In the context of the assaulter this report says that alcohol has been shown to play a dis-inhibiting role in certain types of sexual assault.

According to a widely cited paper on ‘alcohol and sexual assaults’ by Antonia Abbey, Tina Zawacki and others of the National Institute of Alcohol Abuse and Alcoholism (USA), “ atleast one half of all violent crimes involved alcohol consumption by the perpetrator, the victim or both. Sexual violence fits this pattern. Thus across disparate population studies, researchers consistently have found that approximately one half of all sexual assaults are committed by men who have been drinking alcohol. Depending on the sample studied and the measure used, the estimates for alcohol use among perpetrators have ranged from 34 to 74 percent.

Similarly, approximately one third of all sexual assault victims report that they were drinking alcohol at the time of assault with estimates ranging from 30 to 39 per cent. However, these researchers also point out that while a woman’s alcohol consumption may place her at increased risk of sexual assault, she is in no way responsible for the assault. The researchers rightly say that the perpetrators remain legally and morally responsible for their behavior.

According to a recent report from the National Task Force on College Drinking (USA), 1400 college students die each year in alcohol related accidents, 5, 000,00 are injured and there are 70, 000 victims of alcohol related sexual assault or date rape.

A study by Testa and Livingston mentioned women’s narrative description of incapacitated rape which indicates that many were unconscious and found out later that they were raped, or else were only dimly aware of what was happening and so were unable to stop the assailant.

The WRVH report says that reducing the availability of liquor can be an important community strategy to reduce crime and violence as research has shown alcohol to be an important situational factor that can precipitate violence.

In a 4-year long study conducted in New Zealand, crime rates in situations of high and low availability of alcohol were compared. This study revealed that crime rates fell significantly for 2 years in areas of reduced alcohol availability.

According to a report prepared by the National Council on Alcoholism and Drug Dependence, USA (NCADD), alcohol and drugs are implicated in estimated 80 per cent of offences leading to incarceration in the USA such as domestic violence, driving while intoxicated, property offences, drug offences and public ordered offences.

Alcohol is a factor in 40 per cent of all violent crimes and according to the department of justice, 37 per cent of about 2 million convicted offenders currently in jail report that they were drinking at the time of the event. Alcohol, more than any illegal drug, was found to be closely associated with violent crimes including murder, rape, assault, child and spousal abuse. About 3 million violent crimes occurred each year in the USA in which victims perceived the offenders to have been drinking and statistics related to alcohol use by violent offenders show that about half of all homicides and assaults are committed when the offender, victim or both have drinking.

This report by NCADD points out that alcohol is often a factor in violence where the attacker and the victim know each other. Two thirds of victim who were attacked by an intimate (including a current or formal spouse, boyfriend or girlfriend) reported that alcohol had been involved.

More than 1 million are arrested for driving while intoxicated in a year in the USA. Drinking and drugged driving is the number one cause of death, injury and disability of young people under the age of 21.

There are very heavy social costs of alcohol consumption in the form of various forms of violence, crime and disruption of relationships. The WHO status report has presented various estimates that have been made from time to time about financial implications of these social costs:

While this data about financial implications of social costs is very disturbing, at the same time it needs to be emphasized that violence leading to loss of life and disruption of close relationships caused by alcohol can never be fully calculated in money terms; it goes beyond that.

India and coronavirus: lack of access to handwashing facilities among poor makes fight even harder