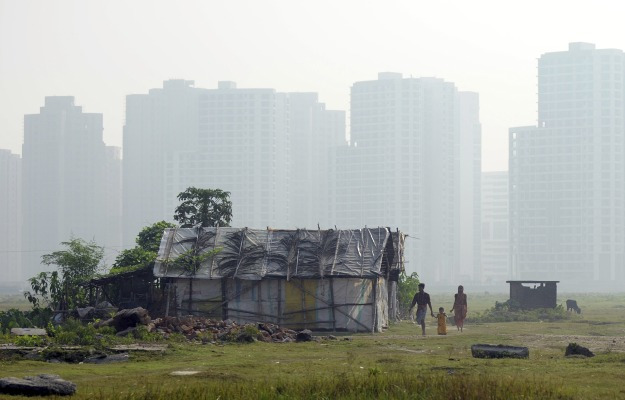 Segregated ‘ghettos’ alienate and separate people while cosmopolitan spaces build the social fabric. A walk through the Valmiki Colony in the heart of Delhi reminds us of the manner in which the interplay of class, caste and modernity influence the realm of education.

Manish Singh is an Anthropologist based in Delhi.

The socialisation of people into segregated physical and mental spaces based on their caste affiliations is a practice that despite legislations has not been erased from India. This caste based segregation is not just symbolic of the violent intolerance in rural pockets but is sadly the predominant truth in many of our metropolitan centres.

One of the crucial determinants of this violence that is reproduced everyday on the basis of caste is through differential settlements for the Dalit community that are separated from the settlements of the upper castes not merely through embodied markers but also through a range of psychological, emotional and behavioural rituals.

A walk through any low income Dalit settlement in the capital would be enough to suggest that not only does the segregated settlement determine the lack of interactions between the Dalits and the upper castes but also shapes the way in which the children relate to the world around them and negotiate with the process of education.

This implies that not only does a life filled with everyday struggles remind them again and again that they are at a disadvantage ordained by birth but also enables them to formulate a world view that is born out of the acknowledgment of this stark discrimination.

When a thinker like Herbert Marcuse studied racial differentiation in terms of ‘ghettoized communities’ for the Africans in America, the point that he asserted was that housing settlements can be a very good determinant of how the community discriminates and does not treat all its members equally.

There are studies that show that there is discriminatory judgement in terms of religious affiliation in the fact that there are several separate localities for Muslims in urban areas but seldom have we come across studies of how housing segregation based upon caste operate in urban areas.

Contrary to our beliefs, this is not just limited to the rural areas but has been going on in the cities. It is important to understand how living in communities segregated by caste shapes the way that children from such communities look at education and feel that their socio-economic location determines their chances in life.

The constructions of the social world by those who inhabit it become extremely crucial here. The study of a Valmiki community that is traditionally liked to the vocation of manual scavenging and cleaning shows how the construction of the life worlds of the children in the community were shaping and were in turn being shaped by their location in the landscape of Delhi.

Studies show that there are more than 5 lakh Valmikis in Delhi but despite its large population it is ironic that they continue to witness educational and social discrimination in the nation. A range of issues like poor schooling, lack of primary healthcare facilities, lack of employment resources are some of the grievances expressed by this community.

The community being talked about here is the Valmiki Colony in Central Delhi which had been constructed specially for the Safai Karamcharis employed by the MCD in 1946 (Karlekar,1982). Today most people in the community are still associated with their traditional occupations although many of them are contractual/permanent employees in local offices or at the Municipal Corporation.  Today most houses in the neighbourhood have televisions, motorcycles, coolers and washing machines.

The Valmiki families living in the colony are largely from the nearby states of Haryana and Uttar Pradesh but there are a few families that have migrated from other states. Since most of the parents had not gone to school, the amount of attention that they could pay to their children’ education when they came back from school was also limited.

The education of the girl child continued to be seen as a liability without a return and the education of the male child beyond matriculation a luxury too grand to be afforded. The cultural capital that Bourdieu(Bourdieu,1986) talks about is clearly missing among the community which not only finds it difficult to educate children but also sees little purpose in it given the nature of inequality.

Many better off Valmikis in the community plan of moving out of the colony with better prospects saying that education without relocation would not allow them to move beyond the social stigma. The idea of an ideal life is as much associated with the place of residence as it is with quality employment resources.

The fact that many families are looking at education as a hope for social mobility despite traditional caste hierarchies points out to the gradual shift in orientation. It needs to be asserted that cosmopolitan and diverse communities alone can be capable of building inclusive societies. Segregation and separation are poisonous to the healthy fabric of society.