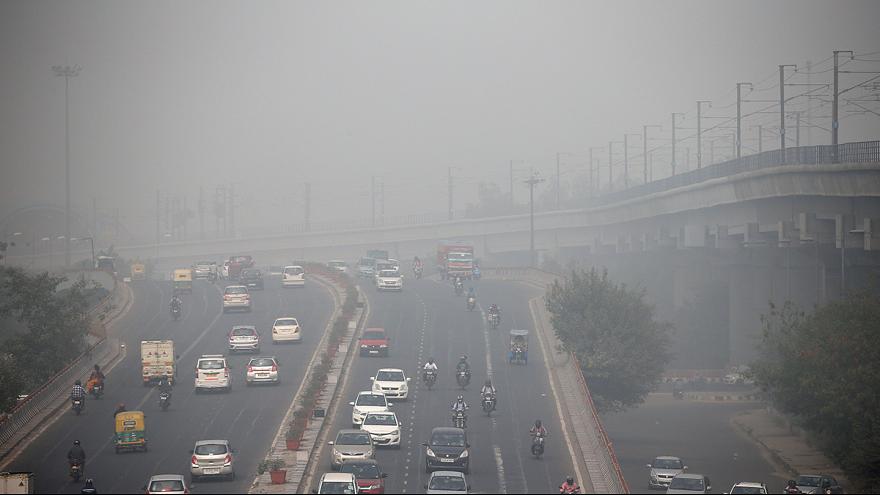 The air pollution level in Delhi has again reached its peak, temporary steps and immediate measures will help address the immediate crisis but unless as a collective we work for radical shifts in consumption patterns we cannot achieve long term change.

According to the recent WHO survey of over 1600 cities in the world, Delhi is one of the worst cities in terms of air pollution. It estimated that air pollution kills 1.5 million people every year. A further report says India has the world’s highest death rate from chronic respiratory diseases and Asthma. For the past few years, air pollution has become serious issue, in fact the Supreme Court directed in 2016 to take necessary steps to address air pollution. The Central government has laid out plans to reduce air pollution. The air particle 2.5 PM and 10 PM has been increasing every year.

The major reason for air pollution in Delhi is burning paddy straw in October and November and burning wheat straw during April in Punjab and Haryana. When the level of the pollution rises beyond extreme limits certain steps are taken so that it is possible to moderate the air quality such as putting a ban on garbage burning in landfills, production in brick kilns, and industries and using thermal power plants would be banned. It is advised that roads must be swept at least once in two days and there should be a mechanism to sprinkle water on the road.

According to the Central Pollution Control Board, if the air quality gets at a very poor level then a ban would be imposed on the use of coal/ firewood in hotels, use of diesel generator sets, and open eateries. In order to reduce the usage of private vehicles, the parking fees have been increased by three or four times, and the number of buses and metro facilities has also seen an increase.

The Residents Welfare Association (RWAs) and individual house owners are advised to provide electric heaters in winter to security staffs to stop them from burning wood, coal, plastics for warmth.

For the respiratory and cardiac patients it has been duly advised not to take polluted air and to remain indoors. If the air quality is severe, then public sectors including brick kilns, hot mix plants, stone crushers have to be shut down for the moment. If the air quality worsens, a ban is likely to be imposed on trucks entering into Delhi and the odd-even scheme would be placed to mitigate air pollution.

However, the above precautionary measures will only temporary solve the emergent crisis. There is an urgent need to redefine our consumption patterns, to reduce industrial and personal usage of natural resources and fuels, to enable environments that encourage cycling and walking- as a collective there is a need to move beyond the rhetoric and address the real concerns.