A train tore through festivities in Amritsar where a large crowd had gathered to celebrate Dusshera near the railway tracks. There are innumerable lessons that the tragic story leaves us with ranging from the vital importance of precautionary and regulatory vigilance and crowd control methods, without which we shall not be able to avert such crisis.

More than sixty people have died in the Amritsar rail tragedy on Dusshera or may be more, the government announced compensation to the families of the aggrieved. But is this, what is required, will this replace the loss, is this adequate compensation or can this be compensated at all? Many of whom were attending the ritual burning of Ravana on Dusshera day near the tracks asserted that even though they were so close to the site of the accident; they did not imagine that the train would have crushed so many people. They had hoped that only a few people would have been injured but when the train left, they discovered dozens of bodies all around this track. It was a horrific experience that would stay with the families for decade to come given its intensity and the fact that it could easily have been averted if precautionary measures were taken.

It wasn’t that the Dusshera fair was organised near the railway tracks for the first time, it has been happening for quite a long time now and at the same spot, every year. Despite the fact that it is so close to the railway tracks and a moment’s carelessness could easily lead to a massive disaster, for so many years no precautions were taken. It is paradoxical that now everyone seems surprised at the fact that the celebrations went on in the area for so long in spite of the fact that it could easily lead to an accident but for so many years no adequate measures were taken.

The incident took place while a crowd gathered to celebrate Dushhera in Amritsar. The crowd was hit by a fast moving train, the function called Ravana Dehan or burning of the effigy of Ravana, which is an age old practise followed by the Hindus in North India, was being celebrated at the Joora Phatak in Amritsar. The attendees were from the local area who lived alongside the track and have seen the festival being organised near the track for years now. They attended the festival, standing on tracks, knowing very well how unsafe it is, and on Friday they were doing the same but it took an unfortunate turn this time, the train didn’t slow down and before anybody could even make sense of what happened- hundreds of lives were taken due to sheer negligence.

Events like this happen when lives are lost due to negligence but such events can be averted, by mindfulness and awareness of the state and the authorities involved, after all the state is meant to serve the public interest.

In this case the tragedy could have been avoided through proper regulations, first in line is the organiser, how did they receive the permission to organise a public gathering at an unsafe spot, safety was not taken into consideration here.

Second how did the municipal authorities allow for such gatherings to be organised for so long overriding important safety measures?

Why did the railway department not report any kind of unauthorised public usage of railway tracks for functions or ceremonies, to the concerned authorities for so long?

Railway board has denied responsibility of the incident as they do not consider it as a railway accident.

No it is not, it actually about realising the mistake, as we know India is a land of faith and religion and such gatherings are a part of the festivity in the country, this is a well-known fact and from that perspective isn’t it the responsibility of the state authorities to look into the matter of security and safety around the time of festivity. Rather here the aspect of safety didn’t even touch anybody’s mind and hence there weren’t any pre-cautionary measure taken

Ensuring public safety and withholding law and order is the primary responsibility of the state and incidents like these clearly show the kind of irresponsibility state exercises while dealing with public. It is ironic that despite the intensity of the accident, we continue to pass accountability. The state and the citizens should work collectively to make sure that negligence associated losses are minimised and the organisation of collective festivities ensures safety measures. 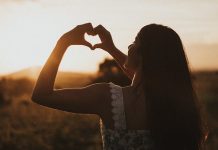