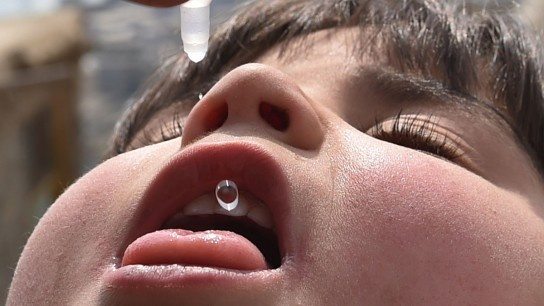 A series of contaminated Polio vaccines have been given to children in UP. While a probe in underway to fix accountability, it is the opportune moment to cultivate a sense of awareness and collective concern for the health sector.

Anamika Dhondhphale works in the Healthcare Sector and is based in Ahmedabad.

The moment you turn on your television you are most likely to see an advertisement for a state initiated health campaign whether it is for Polio vaccines, HIV/AIDS Awareness or other state led initiatives in the domain of health.

These advertisements don’t only generate awareness in the public domain but also enable the world to understand how much of a priority health is for the Indian state.  Given this context and the keeping into consideration the amount of money that is spent in campaigning and generating awareness about health and hygiene through television advertisements, bill boards, hoardings and camps- it is paradoxical that an extreme sense of callousness can prevail in the domain even now.

A series of contaminated Polio vaccines have been used in UP and a probe is presently going on to look into the matter. The vaccine was administered as part of the government’s universal immunization scheme.

Traces of Poliovirus Type 2 were found in some batches of the vaccine manufactured by a Ghaziabad manufacturing company. The UP government has ordered that all the children who have been given vaccines from this series be monitored and tracked. The government has ordered immediate withdrawal of the vaccines and ordered that corrective steps be taken in this regard. The traces of the contaminated vaccine were found when the children’s stool test showed samples of the virus. It is ironic that such a situation exists even today and such neglect can be practiced in the realm of health that is such a critical aspect of people’s lives. What would the dangers of such neglect be?

What if the children faced permanent disability or death, can those at the helm of affairs hold responsibility?  The state along with the strong citizenry of the nation must work towards generating concern and awareness in the domain of healthcare, so that such debacles are not repeated again in the future.