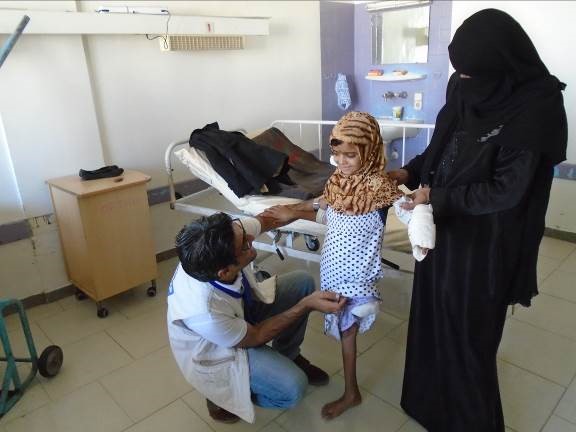 Yemen’s health crisis continues to impact the lives of thousands of people who are paralysed by a broken healthcare system and inhuman living conditions born out of war. It is time that the on-going war in Yemen is addressed and people’s lives are brought to normalcy.

In April 2018, Yemen had witnessed a serious outbreak of Cholera Virus and this water borne disease continues to infect people across the country at the rate of 5000 people per day. As reported by WHO, the suspected number of cholera cases in Yemen has hit half the million mark on Sunday and it was observed that nearly 2000 people have died since the outbreak.

Addressing the crisis of Yemen

The cholera epidemic is spreading rapidly in the recently affected areas and it will continue to grow if no necessary steps are taken in the right direction.  Yemen has been at war since 2015.

Yemen’s rebel group Shia Houthi from the north and the Saudi led coalition backed by the United States dominating the south are the groups involved in the war. Yemen’s war situation is considered as the largest humanitarian emergency as nearly 50, 000 children have died in three years due health problems like malnutrition. The life of ordinary people has become extremely difficult in such a situation. The inhumane conditions are such that even food and water are farfetched dreams in Yemen. The state infrastructure has been largely affected as there is an acute shortage of doctors and medicine and other health facilities in the war torn zone. 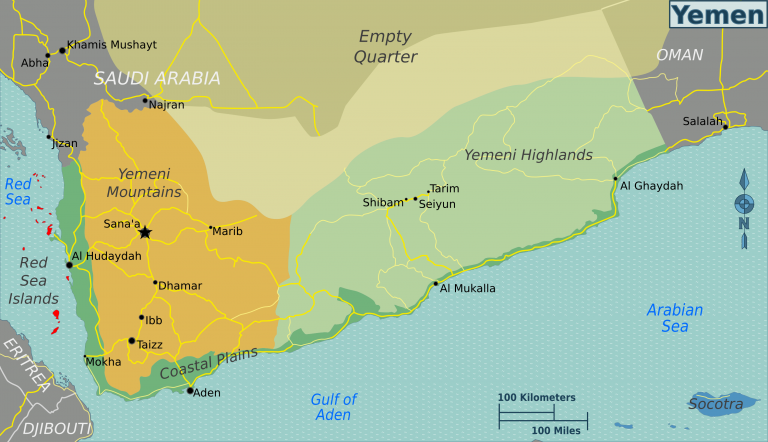 As per the report submitted by WHO today Yemen’s cholera epidemic is the largest in the world, which is spreading rapidly due to deteriorating hygiene and sanitation conditions and disruptions in water supply across the country.

The report further added that due to the war millions of people are cut off from the clean water and waste collection has been ceased in the country leading to several health problems affecting the citizens very badly.

Yemen is a poor state where the rebel forces (Houthi) have clashed with the pro-government forces for taking over the south territory of the state. In this war the pro-government forces are supported by Saudi alliance and US. Saudi intervention in the war has further aggravated the situation. The conditions continues to worsen day by day and it is the civilians who are most affected in this process of power struggle. Innocent lives are either killed directly or indirectly every day. Yemen’s crisis is a humanitarian crisis whose plausible solution should be reached as soon as possible so that any further damage to innocent lives can be stopped immediately.

In the name of war

A country or group going to war acts from a damaged and distressed space wherein they enter into war in order to win over the other and emerge victorious but at whose cost? And why? Just to maintain power politics and exercise hegemony by risking the lives of ordinary individuals- this is a shameful act of humanity. Groups tend to fight and overtake territories and its people but are they really taking over the control? They might control the tangible boundaries of the territory and human beings but at the cost of damaged intangible souls.

When groups get into war lest due they value human lives and thus they continue to risk it for their own political gains. They justify their act by saying that wish to free the country from authoritarian regimes but the path wish they choose bring s immense damage to the entire humanity thus the purpose of overthrowing a authoritarian regime is not fulfilled as they might overthrow that regime but they have replaced it with one which has caused damage of the same nature in a different form.

The devastating impact on health

The health infrastructure of Yemen has been worst affected and more than half of all health facilities have been closed down due to damage. There has been lot of destruction due to shortage of funds. Shortages in medicines and supplies are a persistent problem which the state continues to face.

Yemen’s health sector workers are working under impossible and hostile conditions and nearly 30 000 critical health workers have not been paid salaries in nearly a year. Thousands of people are sick, but there are not enough hospitals, not enough medicines, not enough clean water. These doctors and nurses are the backbone of the health response – without them we can do nothing in Yemen. They must be paid their wages so that they can continue to save lives, More than 99% of people are sick with suspected cholera.

The devastating impact of Cholera

In the month of October, 2016 there was a great impact of Cholera in Yemen, which continue to take place to this year. The devastation of Yemen’s healthcare system has meant that an issue as great as Cholera has not been dealt with enough. The disease continues to plague Yemen even today in what is documented as the largest Cholera epidemic in modern history.

To save lives in Yemen today we must support and enable the health system, especially the health workers. And we urge the Yemen authorities – and all those in the region and elsewhere who can play a role – to find a political solution to this conflict that has already caused so much suffering. The people of Yemen cannot bear it much longer – they need peace to rebuild their lives and their country. There is a need for the healthcare facilities in Yemen to mitigate the crisis and control the outbreak of Cholera.