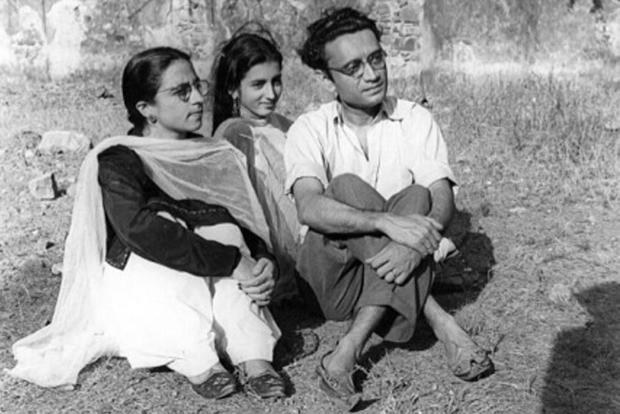 The sharp sarcasm, the poignant observation and the nuanced weaving of the story, made Manto as much a visionary as a literary figure. Manto’s portrayal of women’s violation is a valuable resource for the contemporary MeToo movement that helps ordinary women to break free from chains of oppression.

Imran Hayat is an Art Critique based in Mumbai.

The times that we are living in today are seeing a tremendous change when it comes to women resisting sources of authority that they seldom dared to argue against earlier. Whether we talk about women coming out in large numbers against the sexual predators through the MeToo movement or the struggles of women who are risking religious backlash to ask for their right to worship in the Sabrimala Temple, we see that something is undergoing radical change.

What this moment brings for us in terms of the future course of action and if this would be sufficient to bring about a complete transformation, that time alone can tell but what we cannot deny is the fact that this is a moment of celebrating our freedom/resistance from oppressive chains of tradition and puritan morals.

What is indeed heart-warming to see is that decades ago, several Indian literary figures had the genius and creative agency to look at the issues that we are confronted with and depict the heart-breaking and immensely oppressive way of life that we imposed on women. Whether it was caste oppression accompanied with the subjugation of the female protagonist in Premchand’s stories or the trauma that a woman in partition-torn India undergoes after her encounter with the men of the opposed religious community.

It cannot be denied that India needs to revisit writers like Manto to comprehend and deal with the immense crisis of morality that it is facing today. The manner in which women have been seen as both objects of honor and targets for dishonor, the way that they have seldom been seen as creators of their own destinies and the way that through the internalisation of patriarchal norms, women are made participants in their own backwardness is depicted remarkably in many of Manto’s works.

In times of religious extremism and a torn sense of nationality, the stories of Manto remind us of the ghastly attitude of people towards each other and how when they could have enabled the healing of each other’s wounds, they in fact hurt each other further. In his story Thanda Ghosht , Manto talks about an altogether new extent of inhumanity.

“Kalwant darling, I cannot tell you what a beautiful girl she was. I would’ve killed her too. But I said to myself, no, Eesher Singh, you enjoy Kalwant Kaur every day. Taste a different fruit. I threw the trump card…but… She was dead, Kalwant, it was a lifeless body… cold flesh

Here Manto depicts how Ishar Singh is considered impotent because he tries having sex with a dead body. On the confession of his crime, his courtesan kills him.

Paradoxically there are many of Ishar Singh’s kind in India who take pride in their criminal offence. Women during Manto’s age were dying, being raped and treated brutally as they are being violated even today- the inhumanity, the brutality and the violence have only become intensified.

In another thought provoking short story ‘Khol Do’, Manto depicts the pain and trauma of a daughter and father who are separated from each other during the conflict struck days of partition and after having found his daughter after much struggle, the father realises that she has been violated.

The pain of the father after having seen the blood flowing through his daughter Sakina’s salwar, surely makes us shiver in agony even today. The condition of women in the nation seems to have only deteriorated.

The lack of dialogic environments where communities speak to each other, negotiate on differences and treat one another as human beings is missing from the contemporary society.

It is paradoxical that the problems that the society faced in Manto’s times in terms of religious extremism and violation against women continue to be seen even today.

Had Manto been alive now, he would have surely stood up with all the women who resist violation and stand up for dignity.

CONVERSATION | “Great literature is one of the most helpful resources to discover the spectrum of desire, love and friendship,” says Ruth Vanita