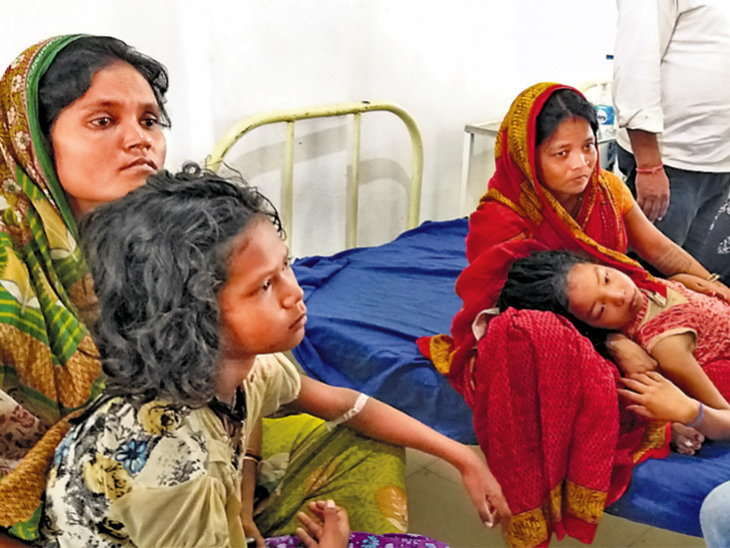 The students at Katurba Gandhi Balika Vidyalaya, Bihar were recently beaten up as they resisted lewd comment from boys from a neighbourhood school. The resistance of sexual atrocity was dealt with sadist masculinity only to prove the tremendously long path that we have to traverse as a society.

Will establishing schools for girls solve the legitimation crisis?

As the nation at large is swept by the #MeToo storm not all seems to be fine at the grassroots. On the one hand the women throughout metropolitan cities seem to be transcending the boundaries of sexual oppression and speaking up against men who have violated them from positions of power and on the other there are thousands of women across many corners of India who have no option but to bear with the oppressive structure of patriarchy.

Among the plethora of cases where women are violated every day, recently the shocking case of Supaul captures our attention. The unfolding of events at Supaul highlights the decadence of the Kasturba Gandhi Balika Vidyalaya in the light of the improper treatment of women at public institutions.

In Supaul several young girls have been recently thrashed while playing in the school compound. This school is located in Supaul district which is located in Bihar. The school in which the incident took place is the Kastrurba Gandhi Vidyalaya which is a residential school for girls.

Many such schools were started in the country during Atal Vihari Vajpayee’s regime to enable girl children who had dropped out from school before completing their primary education by giving them another chance. The school does not compel these students to complete their primary classes again but allows them to be in the residential school and begin from class six and complete class eight with everyone else.

In spite of its positive initial outreach, many educationists have raised doubts about the feasibility of such a scheme. The recent unfolding of events at Supaul where a bunch of girls were beaten up by a group of boys from the village in which the school is located for having resisted lewd comments has generated condemnation from those who resist sexist orientations to education.

Ironically, the boys were helped in the act by their parents. The girls in the school arrive from a variety of diverse backgrounds and education itself is a long and sustained endeavor for them, the non-conducive climate that they belong to accompanied by lack of institutional support makes it further challenging for them.

What we do know is that the boys entered the school premise, vandalised the school building, passed lewd comments and also tried to sexually harass the girls, Kasturba Gandhi Balika Vidyalaya has girls belonging to SC, ST and OBC sections of the society.

Callous Orientations Should Not Become the Norm

Several questions have been raised regarding the overall security infrastructure of the school and lack of funds leading to poor maintenance of the school building.

However poverty should not be a reason to not own up the responsibility for the security of the students by the school management. Why were the boys allowed to enter the school premise? That’s’ an important inquiry to be made and above all entering the school premise and molesting women inside the school premise, how did it become possible for the boys to do so? Since the girls raised their voice against sexual harassment which they have been experiencing for some time now, and nobody not even the school authorities show any concern towards this important issue faced by its students it goes on to reveal the silent acceptance of sexual harassment as a normal factor in the society.

School management and the authorities managing the residence of the girl students are seriously to be questioned here, how do they fail to ensure security even after knowing that the residential facility provided to the students is the responsibility of the school and also the state at large, which on one hand is digitalising everything from chalk boards to class rooms but could not ensure basic facility of safety in school buildings.

The structural issues in this case need strict investigation and in the larger milieu if one looks at the issue from the perspective of the position of women or girls in society, it still continues to be the same: harassment continues to be normalised, it has rather become a part of our society.

In the rural fragments of India like Supual, where the MeToo is still an unknown reality, women voicing their opinion against harassment is still dealt with force, they are curbed, they are beaten up, they are still objectified.

Villages like Supual and school like Kasturba Gandhi Balika Vidayala do not own a digital infrastructure to equip their students with internet, such that they could join the bandwagon of MeToo and voice their opinion publicly, but it nowhere means that sexual harassment has the permission to continue to plague their lives.

If they couldn’t share their story with a hashtag does that mean that they didn’t raise their voice or that when they do we have the right to deny it? They voiced out with the hope to get justice, but here they were curbed beaten up by the molesters themselves.

The state promotes the idea of Beti Bachao Beti Padhao (Save the Girl, Educate the Girl) but the question remains how should one educate the girl in an ambiance where she is not safe?  The security of the girls has been an issue for parents from time immemorial but in contemporary times it has advanced more which is why most parents do not wish to have a girl child in the first place and they experience further dilemma when it comes to sending her for education.

At a time when Nirbhaya was raped in a moving bus, which parent would have the courage to send their daughter for higher studies to a distant town?  When Asifa Bano, an 8 year old girl from the minority community in Jammu was raped at a temple in broad day light will it feasible for parents to be willing to part with their daughters?

The state has indeed failed largely to provide security to women.

The Supual incident questions the steps taken by the state to ensure security for women.

Are we really protecting women or providing secure space to women even after administering campaigns like Save the Girl child and various other schemes for promotion of the girl child. As of now the National Human Right Commission has intervened in this matter and has asked the Bihar government to submit its report on this incident but there are larger questions which the State and society both need to answer.  In an ambience that is hostile to women being educated and tries to negate all possibilities of disseminating education to the deprived sections of the society, the Supaul incident tells us regarding the tremendous path that we still have to travel. We indeed have failed our girl students.