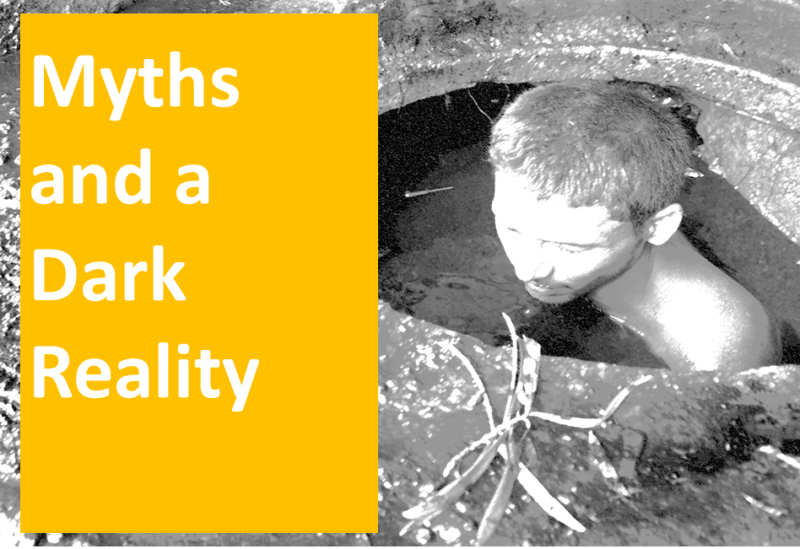 Legislation have banned manual scavenging but despite these, the practice continues to exist in most states of India. Without a change in social orientation and sustained state initiative, it is impossible to abolish this inhuman compulsion that rules over the lives of lakhs of Dalits employed as manual scavengers. 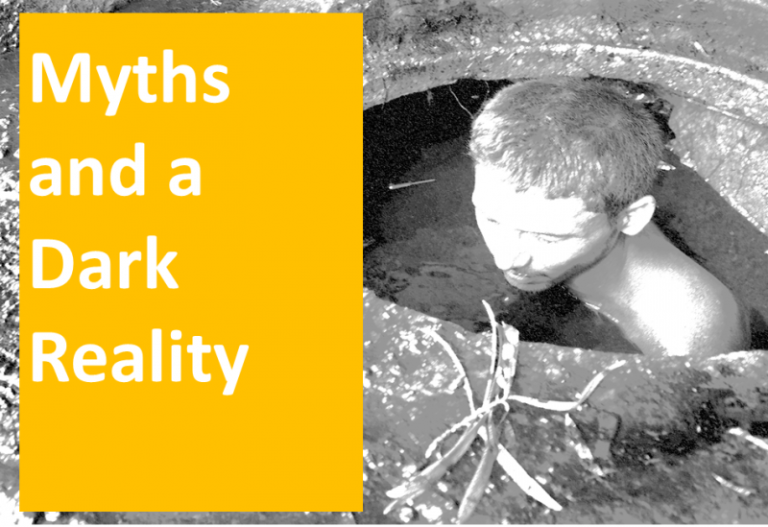 One of the most inhuman activities that can still be found to be all pervasive in India is manual scavenging. The all-pervasive nature of manual scavenging has meant the perpetual sense of discrimination and devaluation faced by a large section of the population engaged in the task.

It is a combination of the lack of societal change and political will that have not allowed the task of manual scavenging to be taken over by technology and the caste groups indigenously associated with the task to be freed from this degrading form of labour. In a traditional and caste segregated order such as India, we see that manual scavenging like many other ‘lowly’ occupations has been determined by one’s caste.

In March 2014, the Supreme Court said that 96 lakh manual scavengers are working in different corners of the nation.

Manual scavenging is an occupation based on caste. Particularly the lower castes are associated with the occupation since time immemorial. Manual scavenging survives in many states of India like Uttar Pradesh, Madhya Pradesh and Rajasthan where there is an absence of proper sewage channels.

The caste system with its extremely discriminatory division of labour gave the task to the Dalits especially of the Valmiki or Hela sub castes. In March 2014, the Supreme Court said that 96 lakh manual scavengers are working in different corners of the nation.

Manual scavenging is done by these castes either through the use of thin boards and shovels or through hands and buckets. In 2013, the Prohibition of Employment as Manual Scavengers Act and Their Rehabilitation Act was passed which made it illegal for people to employ others as manual scavengers but despite the legislation, we find many people working as manual scavengers even in the contemporary times.

The Socio-Economic Census of 2011 revealed that 180,657 households across the country engaged in livelihoods directly or indirectly associated with manual scavenging. 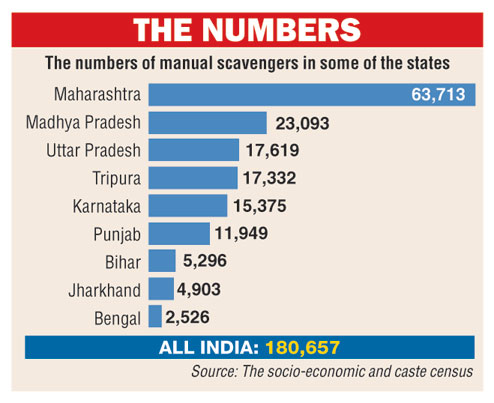 The 2011 Census also revealed that more than 794,000 people were working as manual scavengers in India. The state of Maharashtra has the highest number of manual scavengers followed by other states such as Uttar Pradesh, Madhya Pradesh and Karnataka.

The fact that despite legislations and a greater degree of growing awareness against manual scavenging, the occupation continues and a large number of people draw their livelihoods from it, needs to be addressed. The removal of human excreta from public streets and dry toilets has never been a work associated with dignity and has always been looked at as one that is traumatised and stigmatised. The inadequate infrastructure of sewage and faecal disposal channels means that manual scavengers continue to find employment in this domain.

The ground work in terms of generation of awareness, encouragement of cross-caste dialogue,  intermarriage and inter dining along with a structural shift in educational pedagogy towards giving equal place to manual and mental labour is  a must for any societal change.

Ironic: We Can Send a Rocket to Space but Not Equipment into the Sewer Pit

We are investing in purchasing defence equipment, but there is hardly any attention paid to replace man with technology as far as cleaning human excreta by a section of manual scavengers is concerned.

The irony is that we are failing to devise and employ technological invention in areas where they can really prove to alter people’s fates.  Why don’t we adopt technology to go deep into a sewer and clean up the pit while offering a manual scavenger a more dignified and humane work-cultrure?

India is one of the world’s top five countries that spend the largest sum on defence arsenal. The Defence Ministry spent 99,564 crore in 2018-2019.  With more political will and a societal purpose, surely we can invest a portion of our gigantic annual budgets and employ technology in the place of human hands and offer our manual scavengers a dignified living. Defence from the ‘enemy called caste’ surely is as great a concern as safety of the nation from another enemy nation!

A two year intense training is needed to become a manual scavenger in Hong Kong. Here manual scavengers are provided all precautionary equipment like body suits and oxygen cylinders. Recently the death of five manual scavengers in the capital due to inhalation of toxic sewer gas and the trajectories of many such workers in different parts of the nation has reminded us time and again that the state and the society have collectively failed in eradicating manual scavenging.

An individual should ensure that no manual scavenger is employed in their house. At the national level, the state must make a plan in such a way that technological intervention does the task that manual scavengers do personally. What about their dignity- healthcare facilities, education for their children, housing for their families and life insurance schemes?

At a time when a nationwide campaign in the name of cleanliness is capturing every billboard and hoarding in our cities and villages, what about the lakhs of men and women who clean a trillion litres of human excreta with their bare hands each day?

Technically, Swachh Bharat Campaign cannot go hand in hand with manual scavenging because any honest project for cleaning the nation cannot be isolated from the dignity of those who clean it. It is ironic that in spite of the fact that new toilets are being built under the campaign with the apparent promise of cleanliness, manual scavenging continues as a source of employment in the absence of water and sewer facilities.

The documentations suggest that in 2013, manual scavenging ceased to exist but a stroll through any road in our metropolis (where the site of open drains with people working inside) would immediately bring to open the hard reality that not only in remote villages but also in our cities, people continue to bear the stigma and work under hazardous circumstances as manual scavengers. Surely, the state ought to be listening.