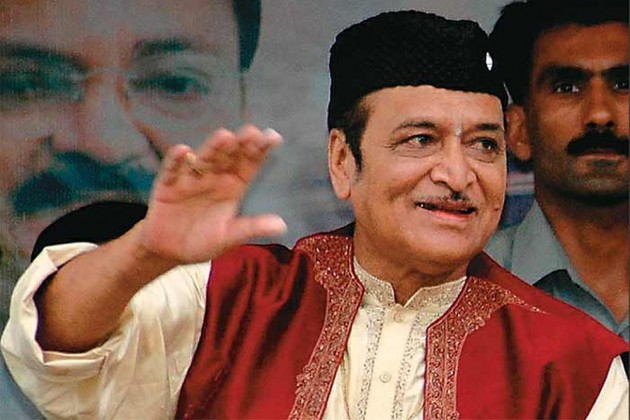 The legendry singer-lyricist Bhupen Hazarika composed heart touching music that spoke of universal love and brotherhood. His music inspired generations all over the world.

Sabiha Mazid is a Doctoral Research Scholar with avid interest in music, art and culture.

[dropcap]F[/dropcap]or the people of Assam, amidst all narratives and criticisms, Bhupen Hazarika continues to be a name whose music lingers on to the collective memory. His songs have given voice to what could have been the nation’s way of ‘imagining’ itself. The songs that he composed during the Assam Movement (1979-85) can be taken as the point of reference. They were laden with such meaningful insights that it would not be wrong to read them as texts in themselves; providing valuable insights into the entire philosophy and trajectory of the movement.

The Assam Movement was initiated by the student leaders as a movement towards defending the ‘Axamiya’ identity- be it politically, culturally or economically.  In light of that, there is one particular song of Hazarika that deserves special invoking- Mohabahu Brahmaputra (The Mighty Brahmaputra).

As larger debates of ‘Who is an Axamiya?’ ensued during the Assam Movement, conflicts emerged amongst the Axamiya people themselves with many believing the Assamese language as its basis, some even attempting to bring a communal angle to it. At this juncture, Hazarika sought to remind the people of Assam as to how, historically, the banks of the Brahmaputra have assimilated various groups and communities. And how these various communities, though technically from ‘outside’, form an integral part of the heterogeneous Axamiya society; hence the need to distinguish them from the concept of ‘foreigners’. Citing names of icons like Srimanta Shankardev, Azan Fakir to Jyotiprasad Agarwala (that are considered to be the cultural ‘forefathers’ of Assam) Hazarika seeks to arouse an emotion of ‘oneness’ amongst the various groups that form a part of the larger Axamiya society- beyond language, religion or ethnicity.

The most enticing part of the song is, nevertheless, the manner in which Hazarika mentions of the Padma River, signifying the people of Bangladesh. He uses the term dhumuha (meaning storm), symbolically to point towards the natural and the political upheavals that have marked the lives of the people dependent on it. Assam, as a worthy neighbour, has always welcomed the people seeking refuge at times of trouble.

There have been a lot of people who have come from what constituted East Pakistan pre-1970. The ones who were forced by circumstances to leave behind their homes and adopt a new culture have been embraced by the Axamiya society with open arms [and later (in 1985) the Assam Accord, by extension, sought to reflect the legality of that good-will]. However, the ones who have continued to come into Assam/India only for their personal benefits and have been used by political forces as their ‘vote bank’ are nothing less than ‘foreigners’.

Amongst the ones who had come with the apparent ‘storm’ of the Padma, there have been people who have assimilated themselves with the Axamiya society and have become a part of what constitutes the Axamiya; regardless of their linguistic, religious or racial identity. But not all of them who have crossed over the border become an Axamiya/Indian by default. The demand of the Movement was precisely to legally and constitutionally define a deadline and check the unabated inflow of people. The illegal franchise of immigrants was a blow against the constitutional right of every Indian citizen. That was condemnable and constituted the main issue of the Movement.

The challenge, however, was to safeguard the protests from being directed by political short-sightedness. Hazarika visualised the importance of historicising the entire concept of the Axamiya Identity that was being debated upon, lest the youth who were actively participating in the movement lose sight of the main issue (i.e. of illegal foreigners, posing economic and political threat to Assam) and get caught up with unnecessary confusions and clashes; especially linguistic and religious. It was neither an Assamese vs. Bengali nor Hindu vs. Muslim tiff; it was about the legitimate recognition of an individual as a citizen of India with constitutional rights. And the song- through its elaborated details of the history of Assam- sought to act as a subtle reminder.

The mighty armed Brahmaputra rolls on

The pilgrimage of the great meeting

Rolling on down the ages and showing

The meaning and worth of harmony

The fore bearers of our great Shankardev

Where Ajan Fakir from the desert land

And Teg Bahadur from the land of five rivers

Built a sure bridge of faith

And revealed myriad forms of harmony.

Lachit engaged the enemy at Saraighat

Uniting all in bonds of patriotism

All races, faiths and tongues together.

Bishnu Rabha of the Kirata race

To reveal myriad forms of harmony.

Hundreds came braving the storm in the Padma

The Luit received them in either bank

To meet and merge, give and take

As did Rabindranath say.

It was here that Jyoti Agarwal

Cascaded down as light

(Translation from Assamese by Pradip Acharya)

Over 30 years have passed since Hazarika composed and sang this song. Times have changed; we have seen many political figures, promises, regimes emerge and fall. But questions like ‘who is an Axamiya’, ‘what is a nation’, who is a ‘foreigner’ still continue to haunt the people of Assam (and India in general). The Citizenship amendment Bill (1955) 2016 that seeks to make migrants – mainly Hindus, Sikhs, Buddhists, Jains, Parsis and Christians from Afghanistan, Bangladesh and Pakistan- who came to India before December 31, 2014 eligible for citizenship, has only added another fresh dimension of tension to the already unsettled debate. Knowingly or unknowingly, this Bill seems to have made religion a basis (or a defining feature) of legitimate citizenship rights. And history has stood a testimony that whenever there have been attempts to define a multicultural- multi ethnic-multi-religious nation like India in terms of a unitary, homogeneous factor- be it language or religion- the results have been dark memories for generations to remember. The harrowing images of Independent India’s Partition of 1947 can be taken as a case in point.

What I am trying to say here is that, the communal tendencies (along with prominent linguistic ones) were visible during the Assam Movement as well. The claims of distinguishing a Hindu as a ‘refugee’ from a Muslim as an ‘immigrant’ provided impetus to two extremely fundamentalist groups- Rashtriya Swyamsevak Sangh (RSS) and Jamat-Islami Hind (JIH)- to enter into the politics of the movement. While the former started warning the people of Assam regarding the intentions of the Muslims of converting Assam into an Islamic state, the latter poisoned the minds of the Muslim by referring to the movement as ‘anti-Muslim’ and urged them to oppose the movement.

The emphasis on identity markers led to a dilution of the main philosophy of the protests. What Hazarika feared (and sought to create a defense against) almost exhibited a realization in the form of the infamous Nellie Massacre– a butchering of nearly 1200 people- mostly women and children (1983). Most of the people who died in the massacre were Muslims- mostly assimilated Na-Axamiyas, validating the claims of certain groups that termed the movement anti-Muslim. And the worst part was, the violence did not stop there. The shame of such an event still remains as an irreversible stain in Assam’s history. And all of these happened when the State or Centre had not really depicted an indication of religious or linguistic angle to define Axamiya identity or Indian Citizenship.

The Bill, however, is a State-sanctioned and means of a constitutionally legitimated (at least nominally) decision. It speaks of a governing body’s idea of nationality; almost setting a subtle standard of what does or does not define India as a nation. And clearly, religion is a major criterion.

On October 23, 2018, Assam witnessed a state-wide bandh called by 44 organizations as a protest against the Bill. Internet and local news channels were rife with claims that if the Bill is not reverted, a second wave of Assam Movement might ensue. It is a situation of crisis and there couldn’t be a more desperate need to invoke Hazarika’s song again. Probably, going back to Hazarika’s words could provide some perspective – mainly to the governing bodies shaping the Bill. Ultimately, it is not about whose definition is correct or incorrect anymore; rather it is about the historicity that marks the definition of our nation and the need to understand that history clearly lest the harrowing consequences leave our consciences brutally injured.

Indeed, he left us with a hope of finding some relief through his music; as a ‘way out’ of intolerance and poverty of imagination. Hence, he sang: “Ei geet nubujile likhi jam xhoto geet jogai luitor paar”

(If this song seems beyond your understanding, I shall write many more to awaken the banks of the Luit).