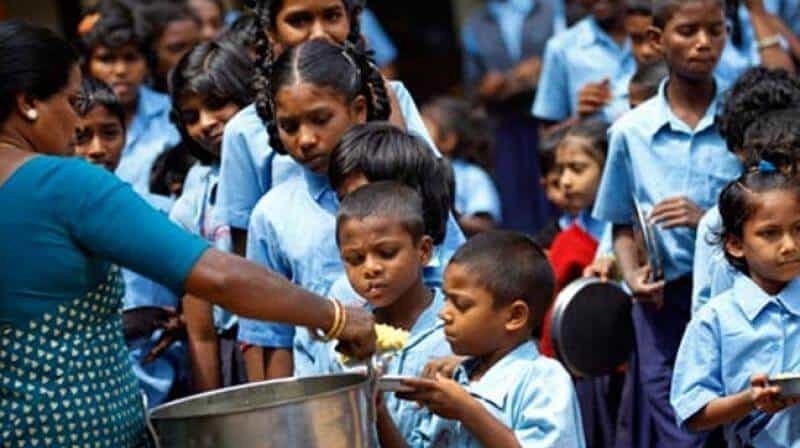 The negligence and state apathy shown towards the mid-day meal scheme was recently brought to light when five states were fined by the Supreme Court for not meeting the benchmark.

India’s mid-day meal programme is one of the world’s most far reaching and penetrating free school feeding initiatives that provide free cooked meals to more than 120 million children across one million schools across the nation. The program can be seen as a weapon that handles the issue of malnutrition and also pulls children to school. The program is seen to have increased enrollment in schools and enabled children from diverse classes and castes to have nutrition along with education. The deaths of children in Bihar and West Bengal in recent times because of the consumption of food under the scheme has led to the programme being looked at critically by experts who have asserted the need for scrutinising its quality and delivery.  While the need to ensure hygiene and good quality food can’t be neglected, it is important to acknowledge the function that that this program serves.

The mid-day meal scheme is a program launched by the Government of India that gives free lunch on working days to students in primary and upper primary classes in the government, government aided schools throughout the nation. The program was launched in 1995. In a nation like India, a scheme of this nature is of critical importance because just by the prospect of receiving a proper meal, children and parents can be pulled till the school. Imagine the pathology of the nation where just to have more children enroll in schools, a scheme such as this has to be introduced and because the scheme is working, parents are feeling motivated to send their children to the schools.

Recently, the Supreme Court has fined Andhra Pradesh, Odisha, Arunachal Pradesh, Meghalaya and Jammu and Kashmir a sum of Rs 1 Lakh each and Delhi Rs 2 Lakh. The reports have said that these states have failed to take the mi-day meal scheme with seriousness and have disappointed the nation. These states, as it has been reported have failed to create an online link along with a chart for monitoring the implementation of the mid-day meal scheme in schools run by the government.

The Court has imposed fine on Delhi because it has not provided the Centre information of whether the scheme is being implemented. The time that has been allotted to the states for giving the fine is four weeks.

In 2013, a non-governmental organisation entitled Antarrashtriya Manav Adhikar Nigraani Parishad had claimed that in more than 12 lakh government schools across India, children receive the mid-day meal scheme but have serious problems with food poisoning due to the food given under the scheme.

The court had already asked the five states to put the online link but they haven’t listened. The petitioner had also said that the scheme was of such importance to the state that when people refused to take it seriously it became a concern for everybody. Grains are not reaching the schools, bad quality food is being supplied, bad quality cooking oil is being used and hygiene is not being taken care of in many schools.

The negligence that is being offered is putting the lives of lakhs of children throughout the country at risk and therefore playing with their health. It is ironic that the corruption and bureaucratic negligence in the nation has even entered the realm of mid-day meal schemes. The corruption and malpractice that is being done in taking food to school should be a matter of concern for the entire nation. If the nation does not take an initiative to nurture the future of its children, can it be saved from misery?