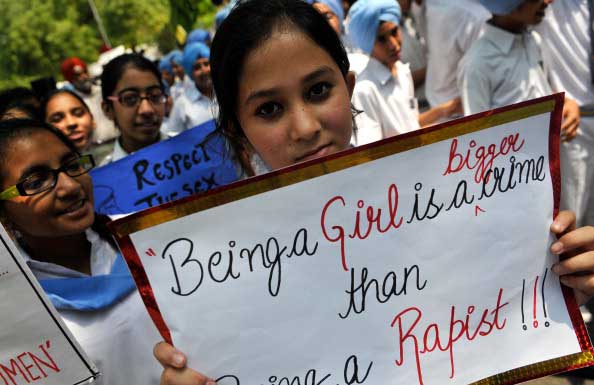 In a recent report the NCW investigated the condition of 25 shelter homes for women in states like Uttar Pradesh, West Bengal, Odisha and Karnataka only to find them in pathetic condition and without the minimum facilities.

Najeeb Khan is a Women’s’ Rights Activist based in Maharashtra.

The shocking truth of the shelter homes meant for children in Bihar captured the national imagination. The girl inmates who had nobody else to turn to in this big bad world where staying in the shelter home to find education and food- so that they could make something of their lives. But paradoxically, the caretakers of the inmates thought that it was an opportune time to exploit these helpless inmates. The TISS audit report is said to have lifted the veil of mystery from the Bihar shelter home where sexual harassment and abuse of the girl inmates was a common practice. The alleged rape of 34 girls in Muzaffarpur’s shelter home is explaining the fact that the lives of vulnerable women in India are susceptible to exploitative forces.

The probe into the sex scandal is going on in the hands of the CBI and it is hoped that the women will get justice. It is ironic that far from learning from this ghastly experience, the state has not ensured that all other homes meant for women are brought in the right security and maintenance standards. It has still not been seen that all the shelter homes where women are kept have basic standards of hygiene, minimum facilities and that women living in the shelter home are having a dignified and safe life. A recent report by the NCW has found that the large section of shelter homes in India is operating in the absence of a license and many of them don’t even have the moist basic facilities.

It was found that most of the homes do not have even a doctor or a psychologist and women with mental illness or disability are not receiving any special care.

The National Commission for Women probe searched the government-funded shelter homes and found them to be in pathetic condition in their inspections. The shelter homes were in worst shape in Karnataka, Odisha, West Bengal and UP. There were an excessive number of inmates in most shelter homes that was leading to congestion, there was poverty of infrastructure, absence of mental and physical medical care and an absence of organisation.

There have been gross violations of the rules and this has encouraged the commission to investigate all the 500 shelter homes throughout the nation. These homes were supposed to serve the abandoned and destitute women and enable them to learn skills so that they can go to make a living. The shelter homes lack the basic minimum facilities, are over-flooded and are not maintained properly. The probe has thrown light on the pathetic condition of shelter homes meant for women in India and reminded us that despite the continuous onslaught of exploitation and torture on women we have not been able to ensure that shelter homes become safe havens for women.