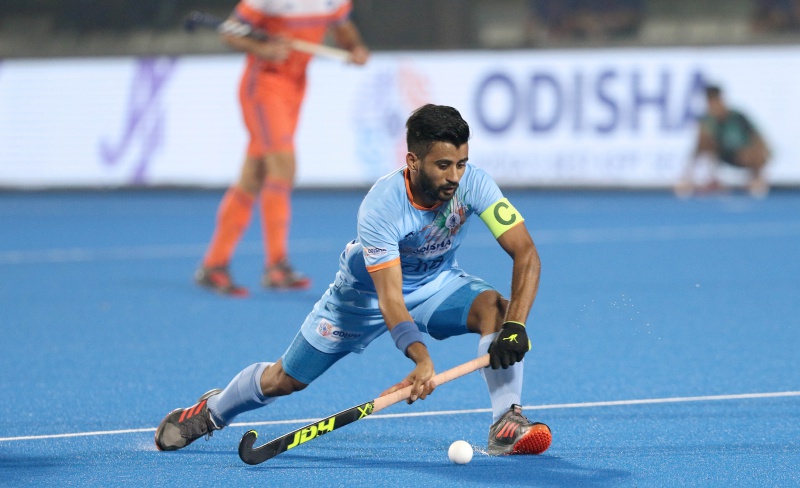 Here is a perceptive essay that examines how market and nationalism distort our ways of seeing games and sports.

I love hockey – its rhythmic speed and collective ecstasy, and its aesthetics and unpredictability. I love it for yet another reason. Because in this cricket-obsessed country hockey is marginalized, and I have always felt that the real diamond lies in what the mainstream society regards as ‘marginal’, ‘insignificant’ or ‘subaltern’. No wonder, I take active interest in the Hockey World Cup.

Yet, I didn’t feel sad when the news came from Bhubaneswar that India could not make it to the semi-final. Yes, Netherlands defeated India in a thrilling match. But then, why am I not sad? Don’t I have even the slightest love for the glory of the nation? Or is it that I am too cold, and I am devoid of passion and emotions?

Well, I love hockey. But then, I do not wish to see it through the lens of nationalism.  Nor do I see ‘victory’ as the ultimate purpose of a match. In fact, as I wish to argue in this article, in our times the logic of the market as well as the passion of nationalism have done severe damage to the spirit of games and sports. Not solely that. Our ways of seeing have been corrupted.

I hate cricket. I hate its commodification. I hate its hypnotizing effect. There is no spirit of a game here; there is no abundance of joy and togetherness; there is only the flow of money  colourfully packaged through the ideology of nationalism.

To begin with, let us reflect on the state of cricket. I would argue that these days cricket is the most powerful hegemonic ideology through which the system ( I mean an alliance of market and nationalism) conquers us, and makes us internalize the values that a recklessly competitive society normalizes–aggression, hyper-masculine cult of success, power of money and commodification of life. Cricket is now mass entertainment – almost like a Bollywood blockbuster. Cricket seduces; cricket brings money; cricket promotes ‘nationalism’ (imagine India-Pakistan match as a proxy war); and a cricketer has a huge market value.

Not surprisingly, as the business of the IPL phenomenon suggests, cricketers can be bought and sold like fancy cars. We live in a world that worships the power of money, or sanctifies the logic of commodification. Is it, therefore, surprising that a cricketer like Virat Kohli looks exactly like a ‘product’? Nationalist pride, millions of Facebook/Twitter followers, and a fairy tale marriage with Anushka Sharma: what else can be a more ‘successful’ role model that the mass culture of market-driven consumption generates for the aspiring class?

I hate cricket. I hate its commodification. I hate its hypnotizing effect. There is no spirit of a game here; there is no abundance of joy and togetherness; there is only the flow of money  colourfully packaged through the ideology of nationalism.  And you and I are reduced into passive spectators of the spectacle. We consume cricket, eat cricket, drink cricket. We do not play, we do not create. In fact, in this hyper-real world  of media simulation, television cricket appears to be more real than the real cricket that you and I can play in the local field.

Hang me for my ‘anti-national’ stand

Possibly, hockey looks somewhat different. Its marginality has somehow saved it from the decadence that is associated with cricket. A young man from the heartland of Punjab or a CRPF constable from Jammu – our hockey players have not yet ‘arrived’. Despite the past glory of the game associated with the likes of Dhayan Chand, our hockey players remain largely unnoticed. In a way, it is good. Gossip columns do not write about their affairs;  they do not move around with Bollywood heroines; and they do not sell soft drink or toothpaste on television channels. In this ‘failure’ lies some innocence. I am naturally attracted towards them. ‘Failure’ fascinates me more than ‘success’.

Yet, I refuse to see hockey through the lens of nationalism. I strive for good hockey. Victory or defeat does not matter. In this regard, I find a great meaning in the notion of ‘detachment’ the Bhagavadgita talks about. Let the game be played with all its intensity and beauty. Let the euphoria of success or the stigma of failure do not bother us.

Yes, I must say that when I overcome the burden of nationalism I begin to enjoy and celebrate a game.

Do you hang me for this? Do you send me to a prison because of my ‘anti-national’ gesture? Or do you appreciate my love for the game, for my eyes not yet blinded by the seduction of money power or aggression of nationalism?