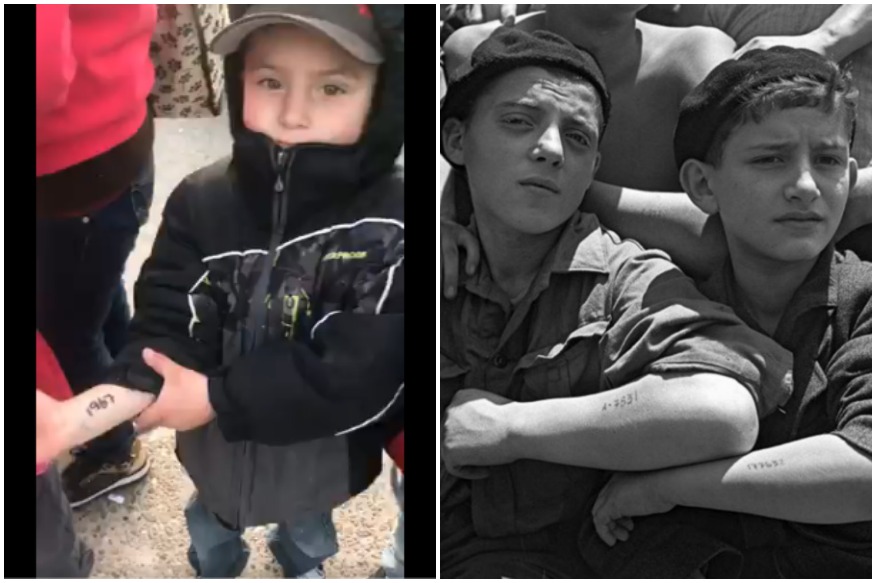 The stamping of migrant children at the US-Mexico border has reminded the world of the atrocities of the Nazi camps and appealed for a reworking of the US’s migration policy.

This incident has brought to light the brutal administrative policies in the context of migration in the USA. It is ironic to see that these little children are being harassed for no fault of theirs and the nation-state is treating with such scarce sensitivity. The video footage has sparked off debate about how migrants are being treated in the USA and how at the border, the policies of the US administration can often be so hostile. Many people who had seen the video asserted that it reminded them of the Nazi camps that adopted similar practices to label, categorise and put surveillance machinery on citizens.

The act of writing numbers on people’s hands has been seen as an onslaught on their self-respect and has faced condemnation from communities throughout the world. It has been calculated that this year alone, more than 49,000 unaccompanied children have been apprehended at the US border.  Migrant children often have to succumb to murder, rape, kidnapping and robbery. Bureaucratic hurdles also include some of the hardships that migrant children have to go through even when they survive the difficulties which the face at the border.

They are supposed to pass through all sorts of difficulties before some of them are granted asylum. They are also compelled to wait at the border cities that are war inflicted and where the existence of the migrants becomes a challenging task. In recent year, the US administration under Donald Trump has made the migration policies very stringent. This crackdown has restricted the number of people who come to the US as migrants and limited the number of people who can appeal for asylum there.

The Mexican government on the other hand takes this process of metering far more seriously and often deports the children without even seeing to it that they remain safe. The children are vulnerable and are not able to decipher what is best for them and how they should conduct themselves in times of adverse situations.

Child protection groups have asserted that the risks that unaccompanied migrant children face are innumerable and without understanding the gravity of the situation, no justice can be delivered. It is very important to remember that without the supervision of adults. The children who are unaccompanied by adults are vulnerable to a wide range of threats and taking care of them is the collective responsibility of the world.

Recently a girl from Guetmala named Jakelin Caal died as she was crossing the US-Mexico border with her father. The girl stopped breathing in the US Customs and Border Protection where she finally died due to a cardiac arrest at a nearby hospital.   We are seeing that migrant people throughout the world are facing a huge legitimisation crisis as a large number of them are affected by adverse living conditions in transit camps or during crossing borders.

The worst affected group among migrants is there children, who are least aware of the hardships that they may face. It is the height of inhumanity that so many children have to become victims of the violations against migrants and they are treated almost like objects. It is sad that although the context and the perpetrators have changed, the migrants who are considered as ‘outsiders’ are treated in such a pathetic manner. The markings on the hands of the children will haunt us and remind us that we are an insensitive world.