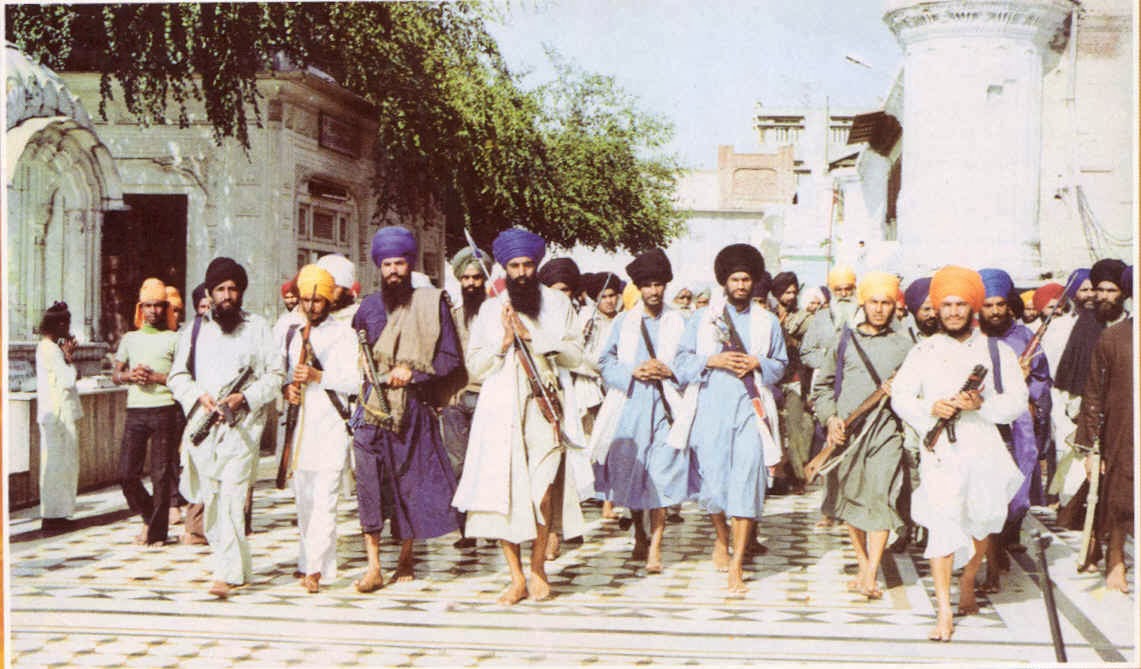 The anti-Sikh riots of 1984 exemplified a black mark in the political landscape of the Congress and jolted the fabric of the nation based on communal sentiments. When prime accused Sajjan Kumar is sentenced to life imprisonment three decades after the massacre, it is the opportune moment for the nation to revisit the gruesome massacre and the nation’s discomfort with India’s minorities.

The Sikh riots or Sikh genocide of 1984 constitute one of the shameful chapters of Indian history where brutality, hatred and killings on communal lines took the centre stage.

All of it started when the then Prime Minister India, Indira Gandhi gave the Indian Military orders to carry out Operation Blue Star at the Sikh Gurudwara in Amritsar- “The Golden Temple”. The operation was carried out by Indian army officials to arrest Bhindranwale and stop his alleged activity of raising an army against the Indian state to fight for a separate Sikh nation- Khalistan.

Jarnail Singh Bhindranwale was a Sikh religious leader who was the symbol of extremist and terrorist movement in Punjab. Bhindranwale was the figure that joined the Akali Dal in their demand of getting the Anandpur Sahib Resolution passed. Anandpur Sahib Resolution was a demand by the Sikh leaders for the autonomy of the Punjab state and succeeding to which a demand for separate state for Sikhs was in pipeline but the all the demands and imagination of the Sikh leaders came to an halt when the congress party government, which was then in power rejected the document on the grounds of it being secessionist.

The rejection of the Anandpur Sahib Resolution came as a heavy jolt for the Sikh leaders, amongst them Bhindranwale was deeply affected by the government’s decision and later on took to mobilisation of the Sikh people by informing them about the atrocities and injustices faced by the Sikh community under the majoritarian Hindu rule. Bhindranwale increased the level of militancy in Punjab thereafter, there was a time when Bhindranwale and his group of men carried firearms all the time and the level of militancy and Sikh insurgency increased day by day. The situation in Punjab went so out of control that the government imposed President’s rule in the state and during that time Bhindranwale took residence at Akal Takht at Harminder Sahib in Golden Temple, Amritsar. He fortified the temple premise and even there Bhindranwale managed to raise an army of Sikh militant who could fight for a separate Sikh state.

In the backdrop of the Sikh insurgency Operation Blue Star was launched by Indira Gandhi in 1984 to arrest Bhindranwale and his militant group from the temple premise, as a result of the order a military operation was carried out in the temple premise by the Indian army, Bhindranwale died in the operation and other militants were arrested but the act of the government especially the way in which a military operation was carried out inside a religious institution, was highly condemned by the Sikhs and many people across the globe, websites like Wikileaks and channels like BBC condemned the act of the Indian government then and even today. Following the Operation Blue Star, Indira Gandhi was assassinated by her two Sikh bodyguards in the premises of her own official residence which further triggered the nation’s mood towards anti-Sikh riots nationwide.

The anti-Sikh riots were a direct attack on the Sikh minorities of the country, who felt helpless and unwanted in that period; thousands of innocent lives were taken away in the inhuman crisis. A different kind of hate against the minority community was gripped in the air and it was only accentuated and accelerated further even by the party leadership that time, few lines from a very famous speech by the Indira Gandhi’s successor and also her son, Prime Minister Rajiv Gandhi, were “when a big tree fall, earth shakes”, this was an out an out support by the nation’s Prime Minister to what was happening in the country in 1984.

Today, almost three decades after the incident Sajjan Kumar, an Indian politician from the Indian National Congress and also a convict in the 1984 massacre has been awarded life time imprisonment for being involved in instigating the 1984 riots, the order is a welcome move of the Supreme Court and many consider it as a just act and justice has prevailed after all that years, which is undoubtedly true in every sense of the term but on grounds, if we look at the minorities in India today, are they really treated equally and fairly?

Politics of appeasement is a long existing rhetoric of many political parties for increasing their vote bank during elections. Even after the appeasement politics minorities have never felt secure and democratic in a country like India and this insecurity is quite evident from the long existing separatist and secessionist movement in the country. These separatist demands or say the will of the minorities have never been welcomed by any political party of the state. Minorities are accepted during election but they are also the ones to have faced most of the hate and neglect by the state. The recent Bulandshar killing is yet another incidence of non-tolerance of minority culture, Muslims, Christians, Sikhs and other religious minorities have faced the angst of non-acceptance and  verbal as well as physical violence by the state every time. As much as minority appeasement for vote bank politics is a reality so is the ignorance of the state towards their religious and cultural minority. Given this political situation it is of utmost significance that the nation moves beyond the rhetoric of minority appeasement an minority neglect and arrives at an inclusive character in the political governance of the nation.