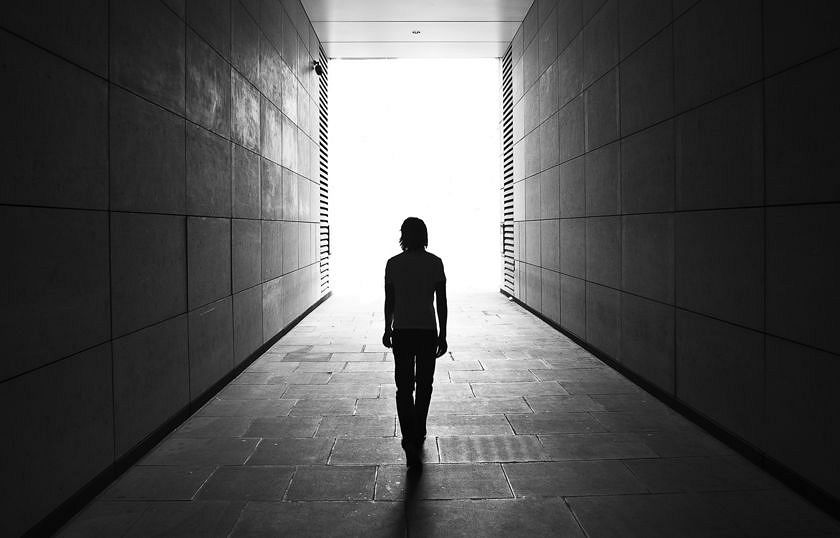 Mental illness is not a distant reality and several individuals are hesitant to speak about it merely because there is social stigma attached to it. In a milieu that understands rather than makes fun of the mentally ill, a healthier world order will emerge.

Mental illness is often considered a tabooed topic in our society and seldom do we find people who are keen to speak about it. There are innumerable persons around the globe suffering from mental illness but the inability of the larger socio-cultural milieu to cope with it, has made it difficult for those suffering from mental illness to either openly seek medical counsel or their families to understand that it is not justified to feel ridiculed because they have a mentally ill patient at home.

Just by acknowledging the fact, we will be helping the mentally ill and their families lead better lives. It is paradoxical that a lot of people believe that mental illness is something rare and can only happen to people out there. In fact it has to be recognised that mental illness is widespread and several people across the globe are suffering from it.

Mental illness has differential forms as well as causes and these are most often biological, psychological as well as environmental. Biological causes include genetics, infections, brain defects or injury or prenatal damage while psychological causes of mental illness include childhood trauma, emotional, physical or sexual abuse, neglect, anxiety, loneliness, stress, depression, self-abuse etc. Kinds of environmental causes of mental illness could be death, divorce, dysfunctional family life, low self-esteem, anger, social or cultural expectations or substance abuse by a person or family members.

Most common kinds of mental health issue faced by the men, women, children and adults these days are depression, anxiety, stress and loneliness. Depression as a disorder has been a central focus of researchers in India for the past 50-60 years, it has been a major public health concern in India in terms of its prevalence and the suffering, dysfunction, morbidity and economic burden.

As per the reports on Global Burden of Disease estimates the persistence of unipolar depression at a much higher level in women as compared to males as 1.9 per cent of the latter are affected by it and 3.2 per cent of the former suffer from depression today.

The report also mentioned that if the current demographic and epidemiological transition continues, the burden of depression will increase to 5.7 per cent of the total burden of the disease and it would be the second leading cause of disability- adjusted life in the coming years.

The fact that it can affect anyone and everyone at any point of time makes it even more a serious public health concern. Depression can be short-term or long-term but if not treated or addressed early then it might lead to greater health risk to the individual.

Depression has or had lot of stigma attached to it in our society, it was never treated as a genuine problem or illness rather it was labelled as a mad behaviour of the individual with no cure. Thus the person was made to live with unnecessary and mean tags given by the society throughout their lives. Little was anybody aware that it can be cured with empathy and love and it is absolutely normal to face mental health issues at any stage of life due to multiple reasons.

In today’s time although the awareness with respect to mental health issues or depression has increased as we have seen many celebrities narrating their depression stories and further creating awareness about how important is it to speak about mental health issues. This is a right kind of awareness indeed as many people never put forth their depression battle just because of the societal stigma attached with the disorder. Thanks to the many programs and advertisements that now people are free to speak about it, at least. Depression- Let’s Talk was the slogan on World Health day in 2017.

I too spoke, when I realised there was something not right with the way I felt or thought, I spoke to my friends about it first and they too were helpless. After much thinking and a brave heart I decided to consult a psychologist thinking that it might help. I went for my session on first day and the doctor sat in front of me and asked me what was wrong and I said that I just didn’t feel good.

I couldn’t explain her well, weaving stories here and there, the time passed by and she alarmed me by saying that she had only 5 minutes left for the day’s session. After those five minutes I came out of the room more depressed and added to that the session fee made me cry further.I kept on arguing in my head what shall I say and how to explain, if this continues how I will I afford the fees of the doctor, how will I explain, will I be ever able to get out of this phase? Weeks passed by and I was still there, three sessions with my doctor and still clueless. I decided to stop taking the sessions further as I couldn’t afford it anymore, and I did so.But my problem persisted, even more grave now. In that phase of life, I only lived my life thinking of the future or about my past mistakes, thinking of regrets and pains; my life became gloomy till the time when passing through the roadside I heard a song “Haste Haste Kat Jae Raaste Zindagi yuhi Chalti Rahe, Khushi Mile ya Gam Bad lenge na hum, duniya chahe badalti rahe”. (Laughing all the way, the road of life shall pass. In happiness or in sorrow we wouldn’t change, even when the world changes)

This song touched my heart and soul spontaneously and quite deeply, it made me realise that life has to be taken with a pinch of salt, wherein we accept what is and let go off what is not. Putting down my ego I should say sorry for my mistakes and be thankful for all that i have, even for the tinniest of the things in life, keep moving and moving with or without a heavy heart. There is no need to rush for things and neither is it important to force something, it is ok to feel sad, as that too is an emotion, but what’s not ok, is to be hopeless and lost in the sad moments, life should have a quest to find the light at the end of the tunnel but at your pace and convenience and with the way you want. Sports helped me to expand the horizon of my mind further it thought me the act of balance and the importance of an active and healthy life for a healthy mind. One important thing I felt was significant to my realisation was to find peace with myself and my position in an otherwise competitive world, which does not let you, be.

Nature gave me that peace- pretty flowers, birds, smell of the soil, the morning sunrise and warmth during winter afternoons, all of them helped me heal. I added colouring, reading and writing to my list of daily activities and everything just added to my benefit.

Nearly 322 million people face depression globally, as much as the awareness about depression has increased so has the market of therapist, psychologists and psychiatrist. I don’t deny that therapy is important, it is to a certain extent and at a stage, awareness is important to understand the state of mind better before that it is important to look around and find amicable solutions, as a wide blue sky is a more therapeutic than the walled rooms of a psychologist’s chamber. 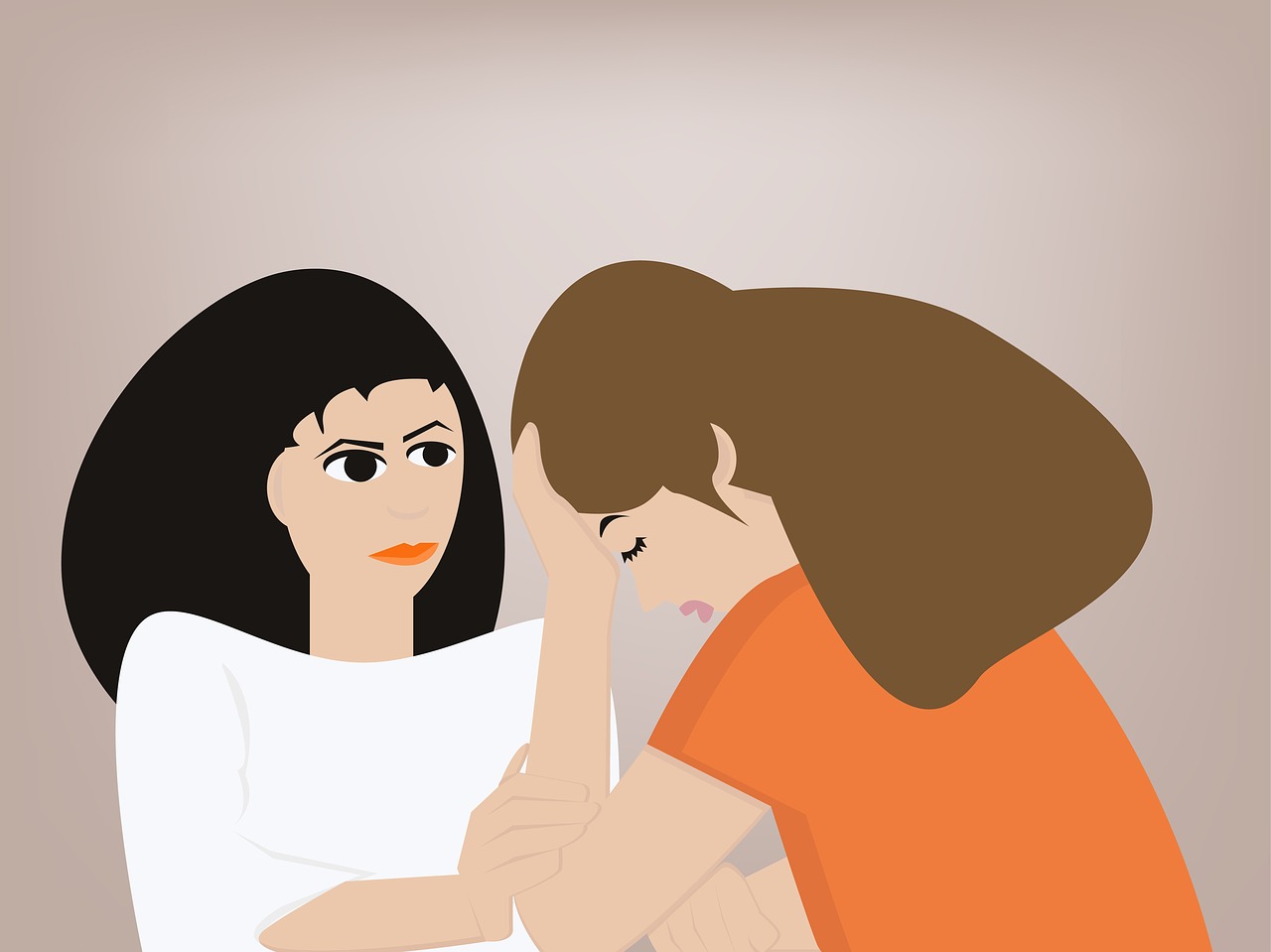 What is the World Doing to Enforce Social Distancing?