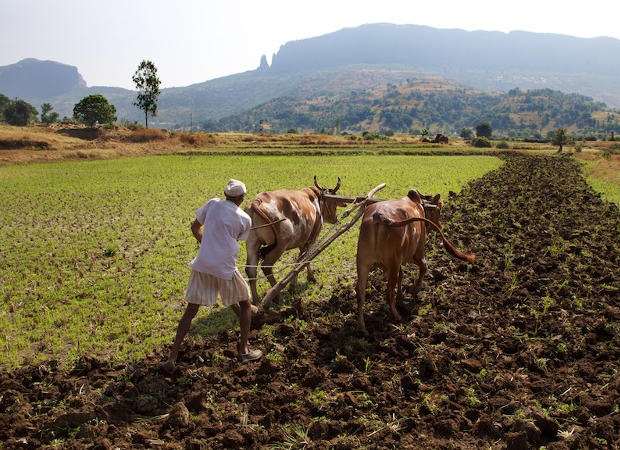 Bhartiya Kisan Union (BKU) recently reported that since the Congress government rolled out its loan waiver last year in Punjab, 430 farmers have committed suicide.  Will the rhetoric of loan waivers on its own solve the farmers’ crisis?

The recent report of the Criminal Records Bureau of India states that since 2001, on an average 15,000 thousand farmers have been committing suicide each year and in 2010 this number came close to 15,964.

When one looks into the ways in which this data has been understood and made sense of what becomes clear is the fact that most of the suicide victims are in the age group of 30-59 years.

The states that are most affected by farmer suicide are Maharashtra, Karnataka, Andhra Pradesh, Madhya Pradesh and Chhattisgarh. The analysis of the data given above reveals that on average 45 farmers are killing themselves every day. It is also important to note that out of the average 45 deaths that happen each day, 15% of the deaths are of women farmers.

The National Criminal Records Bureau started recording farmer suicides in 1995 and if one looks at the data collected in the period of 1995-2019 what one is shocked to find is that the agrarian crisis has aggravated.  One fourth of a million farmers have already committed suicide since their suicides began to be recorded.

While the condition of the farmers continues to be poor in most parts of India and they continue to face a wide range of challenges ranging from minimum support price, lack of basic agricultural infrastructure, crop failure, debt and non-implemented loan waivers- the plight of the farmers in Punjab as far as suicides is concerned is pathetic if we look at the data of 2018 itself.

Figures that have been brought out by the Bhartiya Kisan Union (Ugrahan) show that the even after the implementation of the loan waiver scheme since last year, a large section of farmers still continue to resort to suicides. The analysis of the data will display how the farmers in Punjab are overwhelmed by debt in an unprecedented way since the Congress rolled out its loan waiver scheme in January 2018.  It was reported that 430 farmers and labourers working on farms who had outstanding loans that ranged from 1-20 lakhs committed suicide within a period of one year.

The data was based on the information collected through the BKU by police records and media reports. The villages that were hardest hit by farmer’s suicide were Mansa, Sangur, Bhatinda and Barnala. The BKU also expressed concern about the fact that the loan waiver started by the Congress could only benefit 50% of the farmers in the state.

It has to be acknowledged that on January 24, 2019 the Chief Minister of Punjab Amarinder Singh announced that the loan waiver in its third phase would soon be started to reach out to the farmers who had been left out.

It has to be recalled that in the first phase, the Punjab government had waived a sum of RS 1,815 crore for a total of 3.17 lakh marginal farmers of the state and in the second phase it had waived 1,689 crore of 1.03 lakh marginal farmers. In the third phase that is likely to start soon, the Punjab government plans to waive a sum of Rs 1,009 crore and impact the lives of 1.42 lakh farmers in the state.

The plight of Indian farmers has continued to be pathetic and the suicide rate among the farmers has not reduced radically despite the announcement of schemes and policies targeted at them. Perhaps what needs to be ensured is much more than loan waivers where sustained efforts are made by the central and the state governments to help the farmers produce in a more sustainable fashion, have good selling markets where overwhelming competition does not lead to their marginalisation, install quality agricultural support and infrastructure so that all farmers can make a living and to radically rethink the plight of small and marginal farmers. If we wish to empower the farmer, our task is far beyond the rhetoric of loan waivers.