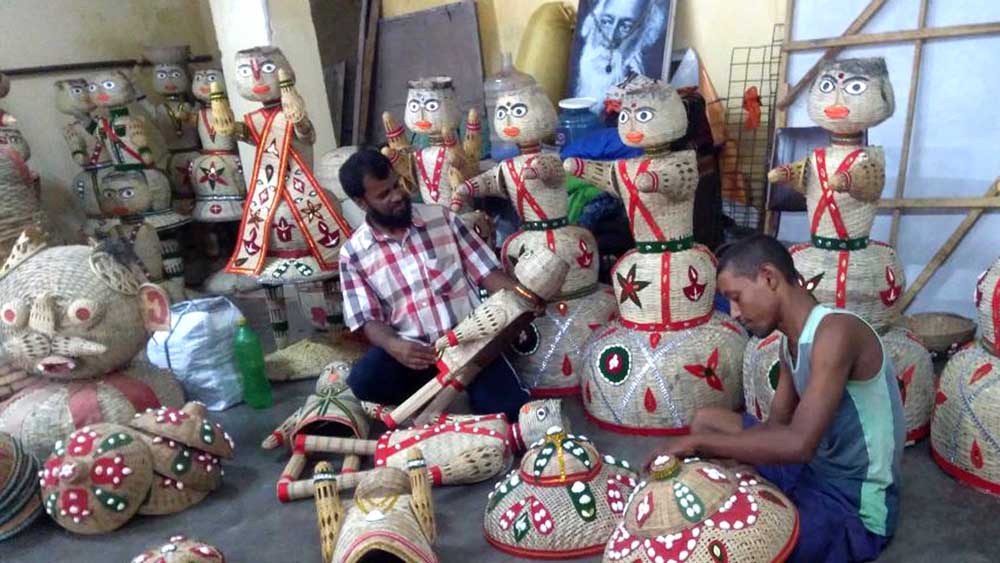 In times of communal unrest and the politics of hatred, the shared cultural history of exchange and reciprocity are often left out. It is time for us to invoke the story of mutual exchange and common heritage rather than that of difference and discord.

Communal and fanatic organizations have played up the temple-mosque controversy with such persistence, intensity and exaggeration that many people have started regarding most Muslim rulers as temple destroyers. Nothing could be further from truth. While some incidents of temple demolition certainly took place, there are many more examples of Muslim kings contributing to the construction as well as maintenance of temples including some very important temples in famous pilgrimage centers such as Ayodhya, Mathura and Vrindavan.

In fact in many pilgrimage places and temples including Ayodhya, Chitrakut, Mathura and Vrindavan the contribution made by Muslim kings is well remembered and appreciated, but people who want to express such sentiments have been increasingly silenced.

According to documents of Mughal days, Akbar enlarged and consolidated grants to temples and temple-servants in the Mathura region by his farmaans (orders), dated 27 August, 1598 and 11th September, 1598 in Vrindavan, Mathura and their environs. Jahagir not only continued these grants; he substantially added to these. Jahangir added at least two temples to the list of the thirty five already supported by Akbar’s grant of 1598. In addition he provided 121 bighas of land for 5 families of temple sevaks. Jahangir also visited Vrindavan temple in the year 1620. The documents mentioned also reveal that whenever temple priests had any serious problem they approached Mughal rulers on their senior officials and generally the rulers/officials took action to solve this problem.

The Nawabs of Oudh gave several grants to the temples of Ayodhya and provided them protection in other ways. The Diwan of Nawab Safdarjung built several temples in Ayodhya and arranged for the repair of other temples. Nawab Safdarjung gave land for the construction of a famous temple here. Asafadullah’s Diwan gave further help for the construction of the temple.

Documentation is available on several famous temples in Chitrakut, Varanasi, Ujjain, Allahabad and other places to confirm the grants made by Muslim rulers for their support.In addition to supporting the maintenance of temples several Muslim rulers also made efforts for the translation of Hindu scriptures in other languages and for supporting the religion learning of Hindu scholars.Akbar started a translations department to get Ramayana, the Mahabharata and the Bible translated into Persian language.

In the Deccan kingdoms, a sixteenth century king Adil Shah established a very good library to look after which he appointed a Sanskrit scholar Vaman Pandit. His descendent Ibrahim Adil Shah was called the ‘friend of the poor’ and ‘world’s teacher’ due to his policies of benevolence and goodwill. In his songs he often pays respects to saraswati, the Hindu Goddess of learning. He played an important role in the development of some Hindu religious places.

Bahmani Sultan Alla-ud-Din-II (1436-58) was devoted to Narasimha Saraswati, a great Hindu sage. Ibrahim II, the Adilshahi ruler of Bijapur (1580-1686) was also a devotee of Narsimha Saraswati. He built a small shrine near his palace in Bijapur and placed the paduka (footwear) of the saint here.

In Kashmir the 15th century king Zain-ul-Abdin sent messengers to call Hindus who had fled due to the intolerant policies of a predecessor. He was a scholar of Sanskrit as well Persian, and played an important role in translating parts of the Upnishadas into Persian. He publicly participated in Hindu festivals and constructed temples.In Bengal Pathan Kings like Sultan Nazir Shah and Sultan Hussain Shah followed similar policies and arranged for the translation of Mahabharata and Bhagwat Puran into Bengali.

In view of the easy availability of so many examples of the protection and support of Hindu temples, scriptures and saints by Muslim rulers, a question naturally arises – why has this been ignored or relegated to the background while the fanatics have been  raising hell over the demolition of temples. Isn’t it tragic that our heritage is being distorted by fanatic and communal forces to spread discord and violence?

In these difficult times very powerful and resourceful forces are trying to communalize the situation and spreading a lot of misinformation regarding history and other matters to secure their narrow sectarian objectives.

These forces are not bothered about how harmful this will be for our country and society. They are not bothered if in the process many people start feeling very insecure and possibilities of communal violence increase.

Past experience has shown that these forces have a lot of skill in spreading misinformation and communal propaganda. The next few months before general elections may see an escalation in such unfortunate efforts as such mischief is also linked to trying to secure certain electoral advantages regardless of how harmful this may be for our national unity and cultural ethos.

It is therefore very important that the factual information regarding our common heritage and communal harmony should be taken among people in a big way. Various forces of national unity and social harmony should make well-coordinated efforts towards this.

Part 2/When the Denial Hurts more than the Destruction