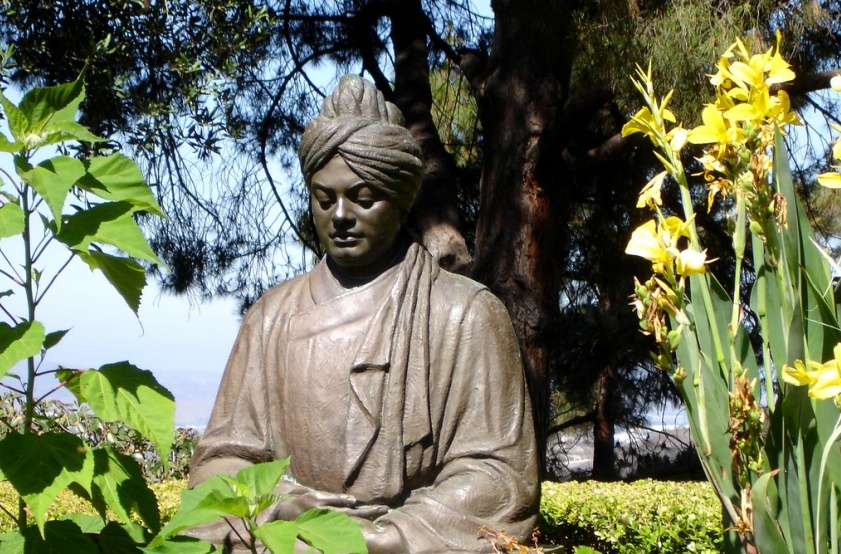 The  plan to install the statue of Swami Vivekananda reveals the changing landscape of JNU. The author goes deeper, and raises critical questions.

No, I am not anti-Vivekananda; nor do I devalue the significance of symbolism in our collective life. Yet, as I think of the proposal of installing the statue of Swami Vivekananda in my university, I cannot escape a sense of discomfort. Is it yet another attempt to appropriate Vivekananda, falsify him, reduce him into a symbol of Hindu nationalism, and ‘purify’ the campus ‘corrupted’ by ‘leftist anti-nationals’? At a time when the ‘over-enthusiastic’ JNU administration seems to be engaged in an act of ‘cleansing’ (making the teachers ‘disciplined’ through the bio-metric system of attendance, issuing them show-cause notices for participating in a peaceful demonstration as a mode of articulating their collective grievances and concerns , and giving tough messages to the students who raise their voice against sexual violence and cause ‘damage’ to the ‘reputation’ of a highly pampered professor known to be close to the administration), is it yet another effort to convince the ruling regime that JNU is changing, and following the ‘line’?

JNU and its Iconization: Marx, Ambedkar and Phule

In order to go deeper into the issue, let us reflect on the importance of thinkers and symbols in the politico-academic life of a university. As I look at my own university, I feel that for quite some time a set of thinkers and ideologues dominated the JNU landscape. Yes, Karl Marx was irresistible. Apart from leftist cadres, many of us–as students, researchers and teachers in humanities and social sciences – were continually engaging with him: the methodology that he gave us to look at the process of historical transformation, and the critique he generated to look at capitalism, the dialectic of class relationships and social conflict. Marx and Lenin, Althusser and Gramsci–we could see their references in seminars, research papers, posters and pamphlets.

However, things were changing in India; and as the ‘caste question’ and ‘identity politics’ began to occupy the imagination of many young learners and teachers, Marx, for the first time, found a rival or a competitor. Dr.B.R.Ambedkar became the new icon. The Annihilation of Caste emerged as the most revered text. And Capital and The Communist Manifesto were reduced into archival memories. And almost everyone began to talk about Ambedkar – from the leftists to the Dalit activists, from the feminists to even the rightists. From Ambedkar to Phule to Birsa Munda – the symbols of new radicalism began to touch the socio-political and cultural life of the campus.

Although there is a statue of Jawaharlal Nehru, radical youngsters hardly bothered about him. And of course, there was taboo on Mohandas Karamchand Gandhi. Neither the Marxists nor the Ambedkarites would find anything interesting in this ‘non-modern’/’bania’/’bourgeois’ /’patriarchal’ figure (well, at times, some of them– possibly ,as a strategic act– did speak of Nehru’s secularism and Gandhi’s religious pluralism in order to cope with the rightist onslaught). In a way, many of us –both students and teachers–were becoming increasingly incapable of having a creative and nuanced engagement with those who do not fall into the typology of ‘left-Ambedkarite’ intellectual traditions.  As a result, we allowed ourselves to fall into the trap of a strange intellectual division of labour: we would celebrate Marx and Ambedkar, and Phule and Butler; and ‘old-fashioned moralists’ or some ‘idealist environmentalists’ would refer to Gandhi. We would write about Gramsci and Foucault; and only the zealots and militant Hindu nationalists would speak of the likes of Swami Vivekananda!

It was really tragic. The poverty of philosophic imagination began to inflict us.

Changing Landscape and the Politics of Cultural Nationalism

It was at this moment that the real crisis came. As the disciples of Savarkar and Golwalkar came to power with the discourse of militant nationalism and the politics of ‘cultural symbols’, JNU could no longer escape this turmoil. The new JNU administration–particularly, since 2016–began to sing in tune with the ruling regime: its inherent skepticism towards liberal education and critical thinking, its faith in the technologies of surveillance for ‘disciplining’ the brigade of ‘problematic’ teachers and students, and its tendency to negate every critical voice as potentially ‘anti-national’. And then, the toxic television channels and an organized social media campaign created a stereotype: JNU is full of ‘anti-national’ elements; students are immoral, teachers do politics, and all these social scientists are destroying the tax payer’s money!

Hence, we are witnessing the rapidly changing JNU landscape. The ‘surgical day’ is celebrated; retired army generals talk about ‘patriotism’; Shri Shri Ravi Shankar and Sadhguru are invited to deliver the Nehru Memorial lecture; students are fined heavily; teachers are often asked to behave properly; and even security guards come to retain ‘order’ in Board of Studies or Academic Council meetings.

Yes, under these circumstances, we see the idea of installing the statue of Swami Vivekananda. No, it is not for any genuine engagement with the charismatic monk; nor is it for creating the foundations of a rigorous scholarship on spiritual studies; it is, as I would argue without the slightest hesitation, for conveying a message: Be prepared. Jai Bhim or Lal Salam would no longer work. This is the time for Sanskrit slokas and Vedic hymns, and militarization, nationalism and cultural icons!

So what do we do? Yes, the psychology of fear–cleverly engineered by the new administration known for its stubborn/anti-dialogic character– seems to have succeeded. We see a transformation: many of those who love to define themselves as ‘liberal/left’ intellectuals under normal circumstances are finding it more convenient to project themselves as loyal employees; and despite the culture of resistance, many prefer to withdraw and remain silent.

This is the moment of despair. Yet, I believe that we should try to acquire the strength to cope with the situation more meaningfully. For instance, what do we do with the statue of Swami Vivekananda? If you sharpen your intuition and hermeneutic sensibilities, and manage to look at the statue (when it will be finally installed) with keen attention, you would realize that Vivekananda is laughing as well as crying. He is laughing at this absurdity: the politics centered on him; possibly, he is trying his best to come out of this rigid structure, and surrender before his master Ramakrishna known for his extraordinary simplicity and ability to blend the Vedantic wisdom and local metaphors. And he is crying: “Where is my ‘practical Vedanta’, my religious syncretism, my constant appeal to my countrymen to create new India that takes care of its cobblers, artisans, farmers and workers? Why is it that you – JNU students and teachers – are not rescuing me from this cage, this Hindutva politics of appropriation?”

Let the administration do its own politics with Vivekananda. Yet, you and I can alter it, and evolve yet another engagement with the radical monk.