The polar Vortex has led to extreme climatic conditions in America but can we rescue planet earth from the grips of global warming if developed economies like America and China don’t drastically reduce their carbon footprints and adopt an ecologically sustainable model of development?

Arun Das Gupta is an enviormentalist and writer – based in Dehradun. 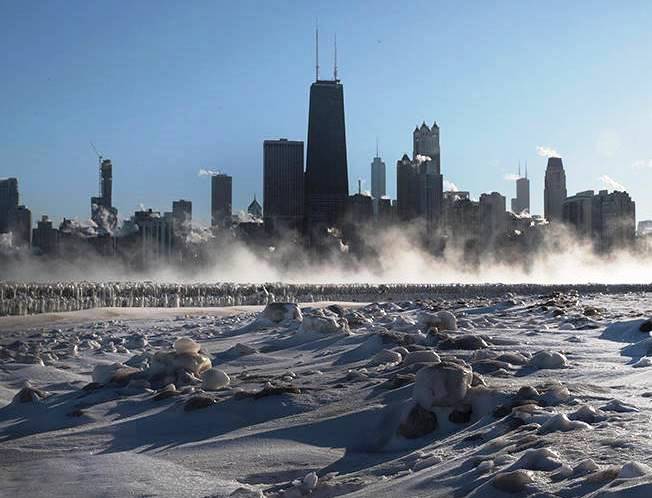 As the American continent freezes and records temperatures unheard of before, it clearly means that much to Donald Trump’s dismay climate change isn’t a hoax! Yes, the polar Vortex has led to temperatures falling rapidly in America and leading to an unprecedented weather pattern. The polar Vortex is nothing but a circulation of mighty winds from the Arctic region that has brought in bitterly cold. This year around, the Vortex has evaded its normal range and flown far away to the American Continent affecting its wearer dramatically. This time the polar Vortex has affected Midwest America in a major way and led to the falling of temperatures in regions such as Chicago up to 10 degrees F colder than Antarctica. Many scientists who work on this issue have said that the unusual ways in which the polar Vortex is affecting America and is leaving its implications far beyond its natural territory could be attributed to climate change.

In the beautiful Midwest, windchill temperatures are reaching minus 60 degrees, the coldest ever recorded. In coming days, expected to get even colder. People can’t last outside even for minutes. What the hell is going on with Global Waming? Please come back fast, we need you!

The implications of  global warming are such that today it is not possible for person to last outdoors for more than a minute in the U.S. and scientists cannot stop asserting the fact that it is due to the influence of global warming that Arctic winds are flowing south bringing the chills to America. While America is freezing, Australians are experiencing unprecedented heat as temperatures rise above 46 C (114 F) and the last four years were the hottest years in the history of the globe for large parts of the southern hemisphere.

Over the last few days America has been experiencing a historically brutal cold weather; it has already killed 21 people while several are engulfed with a sense of helplessness.

Environmentalists are compelled to be examining such extreme weather because of unprecedented climate change around the world. Over the last few years, extreme changes have been seen in the world’s climate. The oceanic bodies are chocked by plastic waste, rivers are drying up, heat waves are killing thousands, agriculture has been affected, glaciers are melting and hazardous pollution levels in cities are killing thousands. These issues have raised serious concerns all over the world and require world leaders to take important measures.

In 2012, seven years after the Paris Summit, the President of America, Donald Trump said that global warming was an old fashioned fetish and most probably a hoax by China. But recently when America began to freeze due to the polar Vortex, he seemed to have been missing the old fashioned global warming.

The world wants America to get out from such extreme climate conditions and experience the normal. But it is also true that the United States are among the most prolific carbon emitters, generating 17% CO2 – owing to factories, the highest number of cars and production of weapons. And China, competing with the US is on the name of developmental agenda and falls on the first number by generating of 27% carbon in the world.

The world is in the arrest of extreme weather conditions and we are seeing that the world’s climate has been drastically affected due to the forces of global warming. The large scale production of plastic, the emission of carbon, the growing number of cars and electronic pollution, the decadence of soil and falling of the water table and large scale extinction of plant and animal life have collectively brought us to a situation where we can no longer turn a blind eye towards global warming.

However what this also means is that we have to look beyond the politics of environmental summits and the rhetoric of saving the climate that most nation-states seem to assert. It is time to acknowledge this global crisis and adopt measures that enable us to have control of the damage that mankind has already rendered on the environment. The most developed economies in the world are also the greatest polluters; it is time that America and China rethink their modalities of development for more ecologically sustainable methods. The world asks for an alternative to the ecologically insensitive and unsustainable development practiced in the contemporary times.