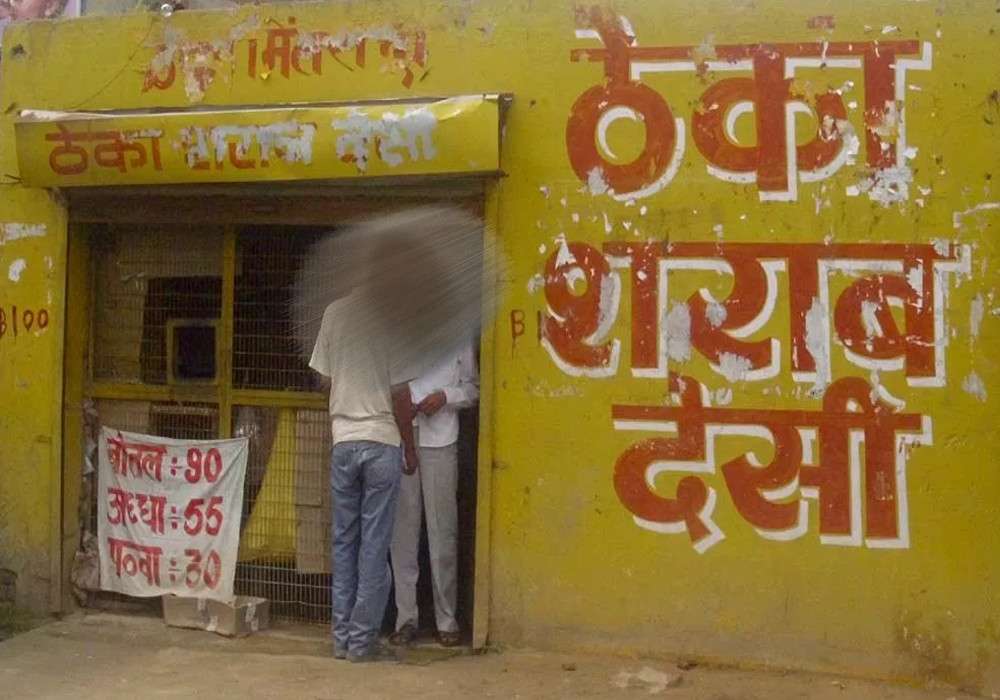 The consumption of spurious liquor has caused widespread death in recent times, and this has made it a matter of national concern. Social awareness combined with state action can help us combat this problem.

The news of over one hundred recent deaths in Uttar Pradesh and Uttarakhand due to spurious liquor is a cause for serious concern. The opposition parties have blamed the government and the liquor mafias operating in collusion with powerful persons within the government for this tragedy. There is clearly need to curb this criminal collusion and the supply of spurious liquor that goes with it.

However, it will be a serious mistake to confine the issue of killer alcohol to just the supply of spurious liquor. According to the WHO alcohol is responsible for 3 million or 30 lakh deaths in a year at the world level, most of which are related to the consumption of regular or legally sold liquor.

Even if the average alcohol mortality is the same for India as the rest of the world (actually it is likely to be much higher for male population due to several factors including overall poorer health and medicate facilities) then about four lakh deaths related to the consumption of liquor are caused every year in India, or over 1000 deaths per day.

Hence we need to be more concerned not just about the stray, highly tragic cases of illicit liquor deaths but also about the much bigger tragedy of a sharp increase in the overall consumption of alcohol. In recent years India has emerged as a country recording some of the highest rates of increase of liquor consumption, and this is a matter of deep concern.

While the evidence of adverse health impacts of alcohol and tobacco has become increasingly abundant in recent years, despite the strong efforts of the strong and resourceful liquor and tobacco lobbies to spread disinformation, there is less awareness of the wider adverse social impacts of liquor and tobacco as well as the social mobilization against liquor, particularly by women. In this context the ideas of Tolstoy and Mahatma Gandhi deserve wider attention.

In his younger days Tolstoy had consumed a lot of these substances so he was very familiar with them. In his later years he not only left their consumption but became a strong opponent of their use. His views on this subject need to be better known. Going beyond the well-known adverse health impacts of liquor and tobacco, Tolstoy stated that liquor and tobacco are very frequently used by human beings to remove the inhibitions that most human beings naturally have against committing any serious wrong and unjust act or crime. To remove this inhibition one of the most common devices human beings use is to smoke tobacco and drink alcohol, he said.

Tolstoy gave several examples to make his point but at the time he did not have a strong data base to support his viewpoints. In recent years a strong data base as well as other evidence has accumulated linking alcohol consumption in particular to a huge number of crimes, sexual crimes and other acts of violence which strongly support the views expressed by Tolstoy.

Mahatma Gandhi strongly opposed the use of liquor, tobacco and other intoxicants. His special contribution here as in many other fields has been to link ideas with actual action. Under his leadership a strong public campaign against liquor became one of the most important components of the constructive program that became a very important part of the non-violent , peaceful struggle of the freedom movement. One manifestation of this was in the form of picketing of liquor shops with a strong moral appeal to would-be-customers not to purchase any liquor. This movement received very enthusiastic support of women.

The legacy of this can be seen even today in many anti-liquor movements in India which have the most enthusiastic support base of women. As consumption of liquor has increased rapidly, India has become the most important country responsible for world level increase in liquor consumption. Governments have been more concerned with collecting the huge revenue generated by liquor consumption. Besides liquor mafias are known to be close to politicians and pay huge sums to them and political parties.

Women suffer the most from this and they have been in the forefront of most anti-liquor movements.