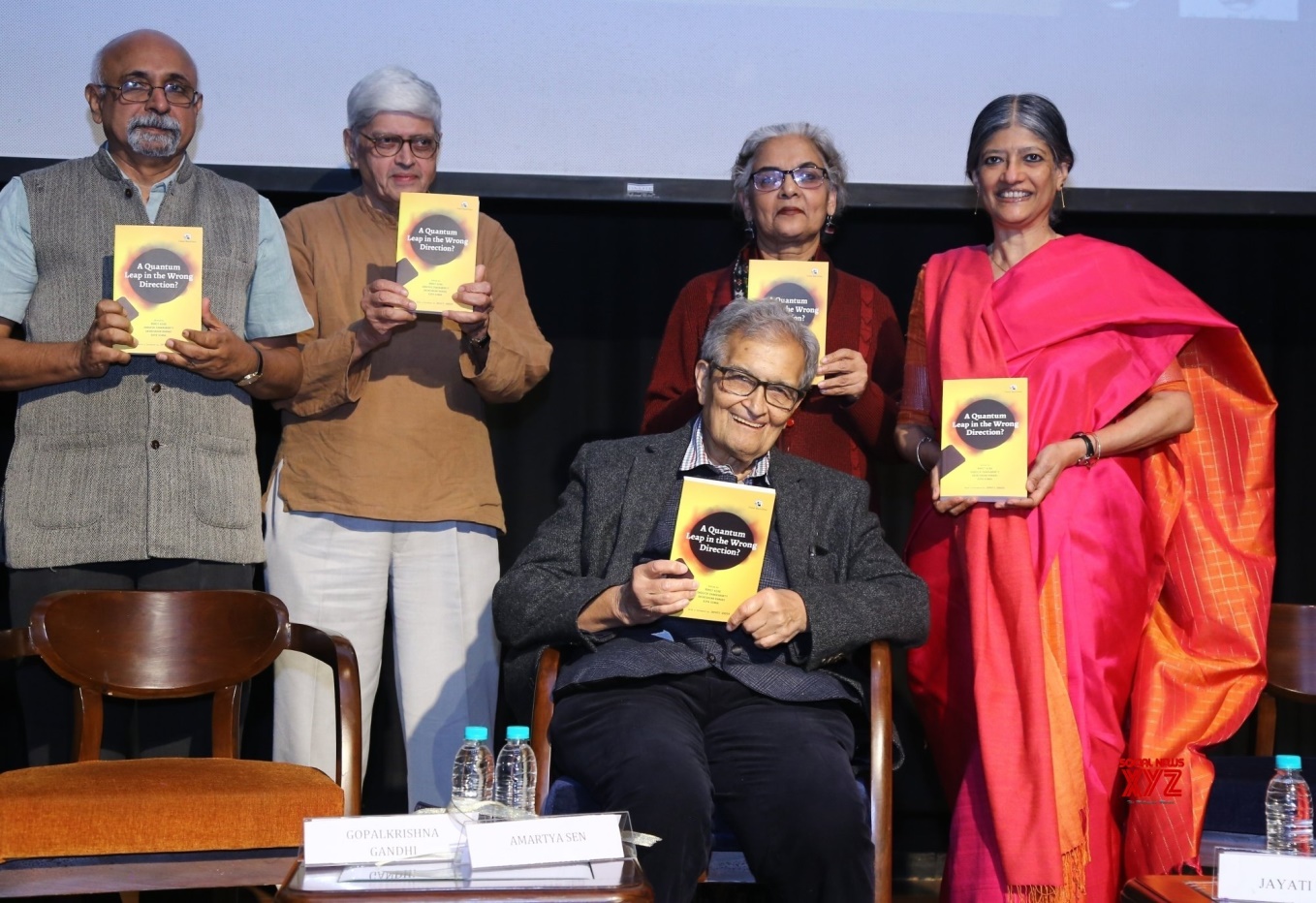 During a recent book launch, Amartya Sen spoke at length about the various flagship programs of the Modi government and asserted that Ayushmaan Bharat was the biggest example of a leap in the wrong direction.

Amartya  Sen recently attended the launch of the book, “A Quantum Leap in the Wrong Direction?” The book is an amalgamation of 14 articles by different authors who have written on diverse topics like economy, sociology, heath, education, agriculture etc.  The book gives us an insight into the economy in India under the Modi regime. The book aims to conduct the evaluation of the promises of the ruling party and see to what extent they have successfully penetrated to the grassroots. He made remarkable observations on the stark inequality in India and warned that we should not equate the nation’s prosperity with that of its top 10%. The irony of the present system of growth was that it denied dignified living to the vast majority of the population.

Speaking at the book launch, Amartya Sen elaborated upon the failing economic condition of India. He further pointed out that it was the result of the right wing economics, which is based on the idea of accumulation of public wealth transcending the notion of state service. He took a jibe on demonetisation by terming it a model based on the idea of ‘belief in magic’. Not only did he speak about demonetisation but also about the GST structure, education system and largely the health system of the country. Health system in India, as argued by Amartya Sen, needs a serious intervention rather than a loose policy making approach. He argued that insurance scheme and insurance model of health care will not do much for the people of India until and unless the basic health care system is not improved.

Insurance schemes and cash transfers for advanced treatment of diseases are helpful for secondary health care treatment and hence can benefit few. The focus of the government should not be this rather it should provide services such that any health care issue can be solved before getting worse, and for this the primary health care system of the state has to be strong and accessible to all.

As per the Rural Health Survey, 2011 there are 23,887 PHCs in India, considering the population of the state which is more than 121 crores, India still require 3,800 more PHCs in the rural areas. Lack of infrastructure is one on the major problems affecting the delivery of primary health care service especially in remote parts of the nation. As per the survey there is growing deficiency in health care infrastructure of the state, currently there is an overall shortage in the posts of health worker/ nurse, mid-wife at least 3.8 per cent of the total requirement. At PHCs, there is a shortfall of 12 per cent allopathic doctors for the existing infrastructure.

Health care targets and health care focus in India has shifted from providing accessible health care to all, to selective healthcare, where the focus is on few diseases and specific services. The Declaration of Astana which was signed by 197 countries on 25th and 26th October 2018 vowed to strengthen primary health care as an essential step in achieving universal health coverage and India too is a signatory to this declaration. Despite being a part of such an important declaration public health care system in India has still not improved. India’s public health expenditure is amongst the lowest in the world lower than most of low-income countries.

It is important to understand the meaning of primary healthcare before realising its importance, so primary health care is an essential health care based on practicality, scientifically sound and socially acceptable methods and technology made universally accessible to individuals and families in the society through their participation and at a cost that the society and country can afford to maintain at every stage of their development.

Under the Indian health care, primary health care system should be established per 30,000 populations in general areas and per 20,000 populations in difficult/tribal and hilly areas. Primary health care system function in identifying and controlling prevailing health problems in a community or area, food supply and proper nutrition, attention on safe water and basic sanitation, maternal and child health care, family planning, immunisation, treatment of common diseases, provision of essential drugs to refer to specialists and hospital services, to coordinate health services and guide the patients for essential health services.

Overall primary health care systems are designed to provide essential health services such that larger diseases are nipped in the bud. But as argued above and proved through research data and statistics, it is the primary health care system which is in bad shape and due to which the overall health care infrastructure is disturbed. Primary health care structures are meant to provide universal care but the shortcomings faced by the structure itself like shortage of manpower, infrastructure and lack of adequate technical equipment makes it difficult for them to provide minimum care at the least. The ratio between PHCs and the population which it serves is another major challenge faced by the PHCs today especially in providing health care in remote parts of the country.

In such a scenario it is important for the government to take cognizance of the current haphazard in the health system rather than spending on cash transfers and insurance schemes. A focus on primary health care is essential in order to achieve a long-term solution to the country’s health care infrastructure.

Bhagat Singh’s Vision and the Contemporary Realities of India

The Idea of Early Childhood Care and Education as Enshrined in...

Examining the Implications of the FYUP on Indian Higher Education :...