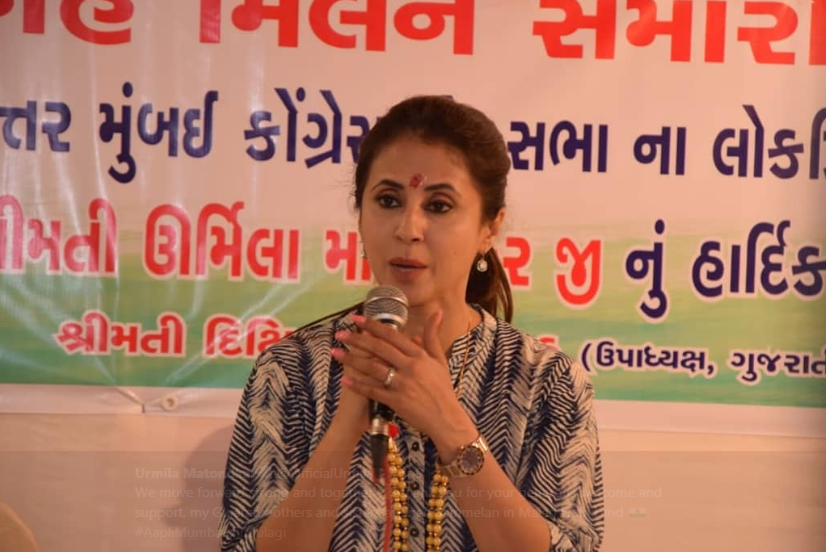 A violent clash between the BJP and Congress Party broke out at Borivalli Railway Station during an election campaign.

A violent clash between BJP workers and congress party workers broke out during an election campaign in Borivalli, Mumbai on Monday.

The incident was reported on when the Congress party candidate from North Mumbai, Urmila Matondkar lodged a complaint at the local police station citing the issue.  In her interaction with the media Matondakar said “We were peacefully addressing people and from nowhere 15-20 people came and started shouting slogans. I didn’t react to it and thought these things keep on happening and signaled them to let go but they all started vulgar dancing and using abusive language. They probably wanted to scare the women who were walking near us… Then a fight broke out and they even assaulted the women. From the first day I am saying their politics is of hatred… I won’t let this happen in Mumbai.”

As reported the clash took place while the congress party candidate was campaigning at the Borivalli railway station. She was confronted after a while by a group of four five men shouting pro BJP slogans and who were chanted Modi -Modi loudly which led to a clash between the two groups.

Pertaining to this incident the Congress candidate Urmila Matondkar claimed that she has a threat to her life and indeed she requires police protection. Ms. Matondkar took to twitter to raise her concern as she wrote a twitter post stating “Shocked at the blatant violation of code of conduct and hostile acts by BJP workers.. I was constrained to lodge police complaint for my own safety and to save the dignity of my female supporters.” After her appeal Ms. Matondkar was later on provided police protection by the North Mumbai police.

Shocked at the blatant violation of code of conduct and hostile acts by BJP workers.. I was constrained to lodge police complaint for my own safety and to save the dignity of my female supporters.. #AapliMumbaichiMulagi pic.twitter.com/gqPL4DZGOH

Although BJP workers in Mumbai deny any involvement of the party members in the scuffle they rather claimed that it was the commuters who ignited the fire.  BJP leader in Mumbai Vinod Tawde has threatened to file a complaint against Ms. Matondkar and Congress workers as he felt that the congress members were unnecessarily targeting their party members just before elections.

Gopal Shetty who is contesting against Ms. Matondkar in North Mumbai felt that the complaint made by her was just to stop him from contesting elections and lower down his morale he said “People have the right to campaign, just like the Congress and the BJP.

What can we do if people who admire Modi raise slogans in his name? You all know what happened at our programme. If they think, that because of all this, I will bend or lose or be scared, then they are absolutely wrong. With humility, I would like to remind these people that I am from the pristine land of Shivaji where women are respected. And I am not going to step back but march forward,”