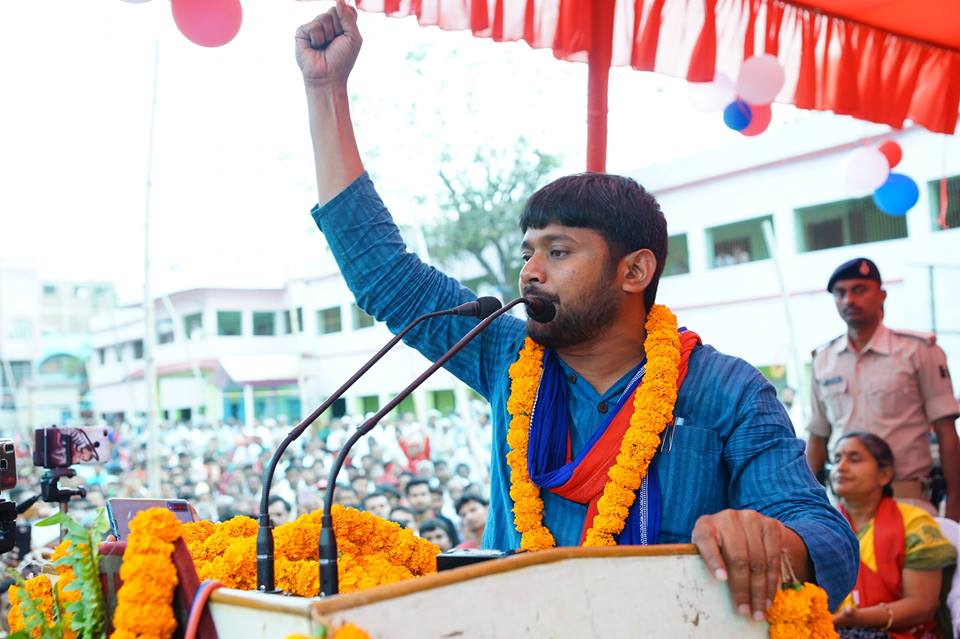 Here is a piece that seeks to see Kanhaiya Kumar through the eyes of a teacher.

Yes, Kanhaiya Kumar has captured the imagination of the nation. While his opponents seek to find his ‘anti-national’ traits, his admirers see him as a possibility – a revolutionary striving for the much-desired azadi. And as the elections approach, media persons have begun to reach Begusarai – his constituency; and the instantaneous dissemination of the imageries associated with him–his humble social background, his mother cooking for the comrades, and the illuminating presence of ordinary/struggling people surrounding him – keeps arousing a spectrum of sensations and emotions amongst us. Not solely that. From Shehla Rashid to Swara Bhaskar, and from Ravish Kumar to Rahul Kanwal – the celebrities too arrive. Yes, Kanhaiya seems to have added yet another dimension to the ‘festivity’ of the elections.

Kanhaiya and the Promise of a Public University

At this juncture, I too wonder, and ask myself: how do I see the phenomenon called Kanhaiya Kumar? Yes, I belong to the same university that created and nurtured him. Does it shape my way of seeing him? Moreover, as a citizen I have a worldview – a mode of thinking on politics, culture and nation. Does it have an impact on my understanding of Kanhaiya? Let me begin with the first question.

In a formal sense, I was not his teacher. He was a student of international politics; and I teach sociology. But then, in a politically charged university like ours, it is difficult not to see him, or feel him. I have listened to his speeches; I have seen him moving around the campus; and there were occasions when I congratulated him for his remarkably lyrical and thoughtful speeches. I need not necessarily be a Marxist or an Ambedkarite to appreciate him. The fact that a student like Kanhaiya Kumar exists amongst us makes me realize what a public university–politically sensitive and pedagogically enriched–can do,or the way it can  transform one’s life-trajectory.

Kanhaiya’s ‘forward caste’ location does by no means negate the story of economic hardship and insecurity his family has passed through. The fact that this young man from a small place in Bihar can find JNU conducive to his politico-intellectual growth, and emege as a popular student leader makes me renew my faith in the need for a public university like ours. No, Kanhaiya is not like a ‘product’–a techno-friendly, English-speaking, ‘skilled’ resource for the market. Kanhaiya defies the process of homogeneization and standardization that these days many ‘elite’ institutions and private universities encourage; he represents yet another voice: the voice of the soil. And I believe that the beauty of JNU is that it accepts and nurtures these possibilities– extraordinary stories of ordinary people.

No wonder, Kanhaiya’s path is distinctively different from what the aspiring class in the neoliberal age regards as a road to ‘success’: instrumental education, placement, and a good salary package. Instead, despite his political engagement and economic hardship, he chose to write his doctoral thesis, studied a great deal, and enriched his understanding of sociology, politics and culture. Possibly, the status conscious middle class obsessed with mere material success would think that the likes of Kanhaiya do politics (and politics, for them, is a bad word), disturb the campus life, and waste the nation’s resources. However, this class does not have any problem if the IIT/IIM graduates prefer to leave India, and migrate to the United States. This is the ultimate irony. One who loves to work for the country (not for the Adanis or the Ambanis, but for the struggling masses) is seen as ‘anti-national’!

It is in this sense that Kanhaiya retains the spirit of a public university like JNU, and redefines education. Education is not merely about ‘skill learning’; education is also about moral citizenship; it is about critical thinking, a dream of a new world, and an active engagement with its process of transformation.

I need not agree with everything that Kanhaiya says or does. However, what I cannot deny is that his education has not made him selfish, narcissistic and insulated’; instead, he has learned to break the walls of separation, and merge with the spirit of our striving for a new society. These days one feels this vibration at Begusarai.

Yes, I have no hesitation in saying that I feel good that our university has produced a student like him.

Authentic Kanhaiya: Beyond Power and Glamour

How do I make sense of Kanhaiya’s politics–the way he communicates, argues, evolves his vision, deals with his ideological opponents, and mobilizes people? What strikes me is the freshness he has brought in a political culture that is otherwise corrupt, manipulative and filled with mere ‘strategies’ for winning the elections at any cost. He is courageous; and his courage emanates from his intellectual clarity, conviction and simplicity. No wonder, he could question the ’emperor’, and communicate his political philosophy in a language that makes sense to people, and touches their real concerns. In fact, he is not like a proud urban left intellectual confined to the India International Centre conferences and seminars. His elastic Marxism has the fragrance of the local milieu. He does not radiate the waves of aggression or intellectual snobbery. This is remarkable at a time when toxic words have polluted our political discourses.

He looks authentic because he is free from money/muscle power. There is no ‘glamour’  associated with his being. At a time when materially rich politicians like Amit Shah and Nitin Gadkari  love to assert themselves, ‘hereditary’ leaders like Priyanka Gandhi arouse the media attention, and the ‘glamour’ of Hema Malini or ‘stardom’ of Shatrughan Sinha seeks to influence the voters, Kanhaiya looks like one of us: simple, ordinary, yet immensely illuminating. And, I believe, this is his appeal, his charisma, his gift. He is different.

Not surprisingly, he is loved as well as hated. While many of us love him, his opponents lose no opportunity to stigmatize him, attack him, and even question his patriotism. Yes, Kanhaiya is a threat to a culture that has trivialized and destroyed the meaning of politics, and transformed the typical politician into a selfish careerist concerned primarily with his/her vested interests. With Kanhaiya we see yet another calling of politics–politics as a mode of communion with people, politics as a collective praxis for social justice and economic empowerment, and politics as a struggle for a new world–democratic, inclusive and egalitarian. He seems to be an anti-thesis of the authoritarian personality.

As a teacher, I convey my best wishes to him. But then, I feel that I should also remind him of the responsibilities he is endowed with. Let the media attention, the temptations of visibility and fame, and the smell of power not divert him from his true self. And even if he does not win the elections, he should not be demoralized. His task is to work like a karmayogi, arouse new sensibilities, educate people, and make us believe that there is no greater power than the power of simplicity, austerity, honesty and wisdom.

Does the Development Quotient Cease to be Significant to the Average Indian Voter?

New Political Trends: A Reflection on the Lok Sabha Elections

The Emergence of India’s Political Youth

The Politics of Caste and Factionalism, Looking for an Alternative Politics in Bihar

Rahul Gandhi’s Decision to Contest from Wayanad: an Attempt to Bridge North-South Divide? 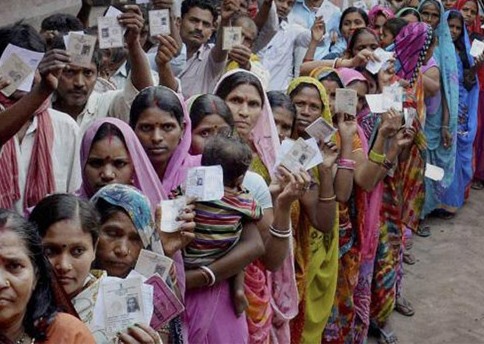 Will the Average Indian Voter Learn to Transcend the Politics of Rhetoric?