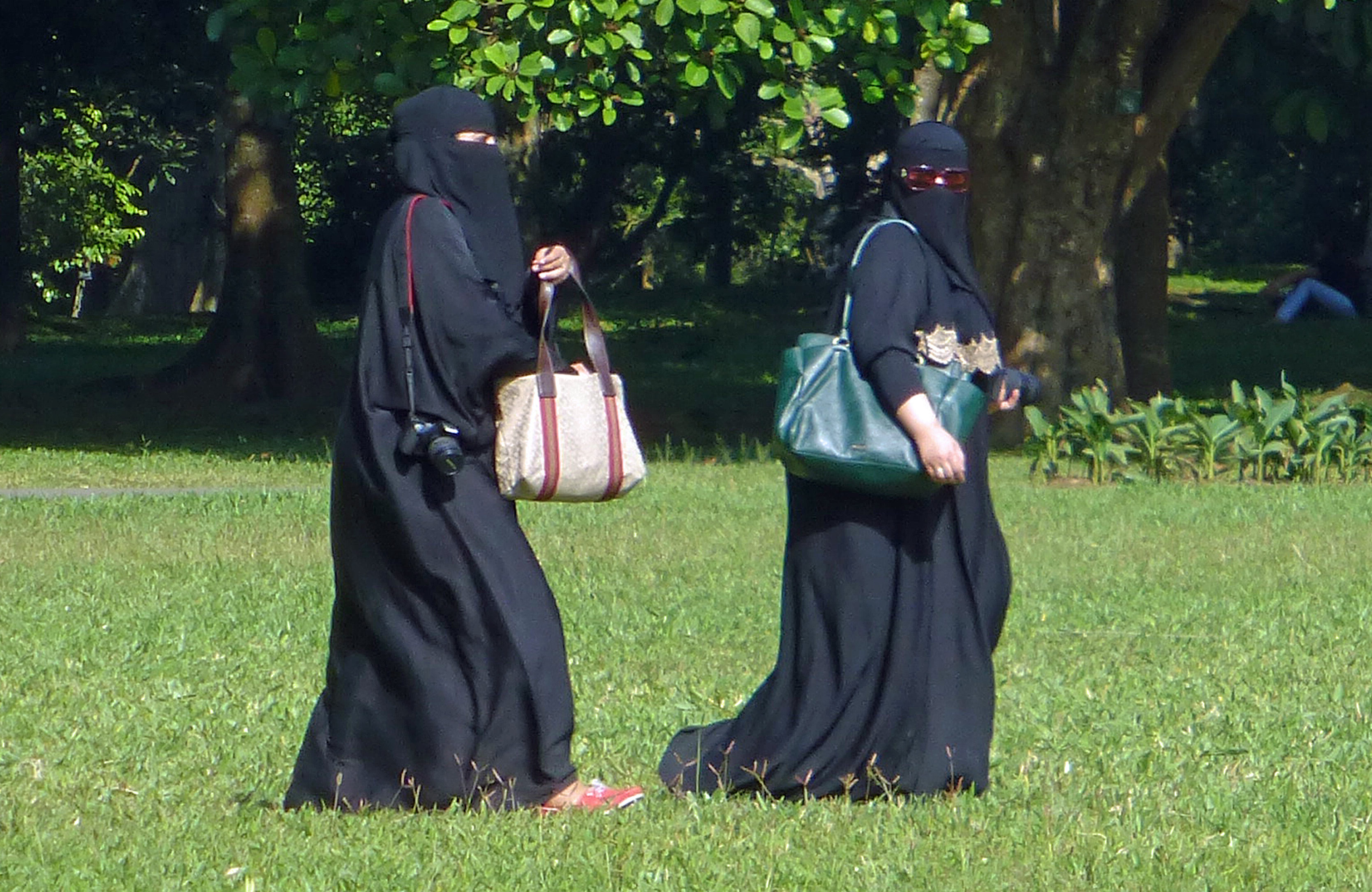 The Sri Lankan government has announced a ban on all forms of face covering including Burqa and Niqab.

The Sri Lankan government announced a state wide ban on any form of face covering like the Burqa or the Niqab in public. The President announced the ban citing security reasons after the terror attack that took place on the Easter Sunday.

The island state of Sri Lanka was taken over by fear and agony when a terrorist group attacked three churches and three luxury hotels in Sri Lanka during the morning hours of Easter. The terrorist attack led to the killing of nearly 250 people who had gathered in the church to offer prayers after a weeklong thaw before Easter.

The ban on covering the face will come to effect from 29th April 2019. The President Maithripala Sirisena stated that he will use his emergency powers to ensure that the ban is followed from Monday. Speaking on behalf of the President, his official although did not specify the Burqa or the Niqab in particular but said that any form of face covering will not be allowed until the period of high alert is observed in the state.

The state of Sri Lanka remains on high alert after the tragic attack.  The officials of the government have suspected that there are chances of another attack as some terrorist are still hiding in the state. The government has raised an alarm and the country is under high alert, notice has been issued in the public domain to avoid crowed spaces and mass gathering, local schools have been guided to remain closed until further notice.

Terrorist group Deash has claimed the responsibility for the attack as they issued a statement on their media channel stating that three of their militants were killed in a clash with the Sri Lankan Police.

Three men: Father-Son trios were the men responsible for initiating the terrorist attack in Sri Lanka.  Zahran Hashim along with his brother Rilwan Hashim and their father Mohamed Hashim were the master mind of the attack.  They were spotted at their headquarters: National Thawheedh Jamath by the Sri Lankan police during a search operation. After they were found they got involved in open firing with the police personnel, moments after which they detonated a suicide bomb at their headquarters in National Thawheedh Jamath.  More than 15 people including women and children were killed in the clash.

The officials of the state have reported that they have arrested more than 150 people in relation with terrorist attack and there are still 140 alleged terrorist roaming free in the state.

Since the attack was initiated by the Islamic group against the non believers, Muslim population of the state is living in the fear of both the terrorists and the state.

Hijab, Niqab or the Burqa a piece of clothing used by Islamic women to cover their face as a mark of respect to their community laws has always been a controversial tradition across nations.

It resulted in a huge debate when a girl in India was not allowed to enter the examination hall just because she was wearing a Hijab. The incident sparked off a huge controversy on the question: Whether Hijab is a choice or a forced tradition? Now this question has equal supporters and non supporters who have substantial points of argument respectively. Weighing both the points together it can be said that wearing a Hijab should be considered more as a choice.

Several nations follow the choice argument but several nations impose their own constitutional law with regards to the Hijab keeping in mind the so called Islamic Terrorism.

In France, women are fined with 150 Euros for covering their face in public, this law is operational since 2011, and also France was the first country to impose such kind of a ban. Similarly countries like Netherland, Belgium, Itlay, Spain, Chad, Cameroon, Niger, Turkey and Switzerland all of them impose a monetary fine on Muslim women  for covering their face in public.

The ban on Hijab which is imposed on Muslim women in Sri Lanka after the terrorist attack is nothing but an arbitrary move of the government on the religious minorities. More than a security measure it shows the intolerance of the government towards the choices, traditions and customs of the minorities living in non-Islamic states.

Defending the Indefensible: A Response to Dr. Farooqi’s Rejoinder