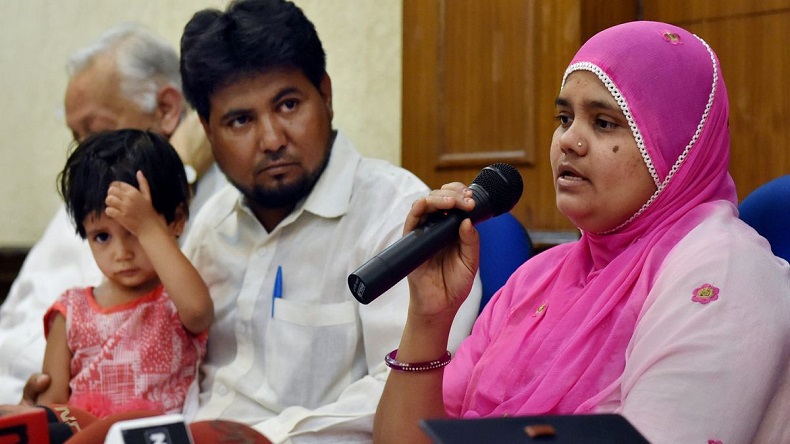 After a prolonged period of wait, the Supreme Court has finally ordered a monetary compensation for Bilkis Banu.

The post-Godhra riots devastated her life and brought her to terms with the fact that life would no longer be the same for her. As part of the communal riots, she was gang-raped by her fellow villagers in Gujarat; this was the time when she was five months pregnant.   She lost fourteen of her relatives in the riots, including her own three year old child, her mother and two sisters.

Soon after the incident came to light, a case was filed against the perpetrators of the crime. The hearing and the trials of the case initially started in Ahmedabad but since Banu was skeptical that the evidences and the eye witnesses of the case can be fabricated in Ahmedabad, the case was transferred to Mumbai high court in 2004.

In 2007 a special bench was constituted for hearing Bilkis Banu’s case, the court convicted 11 men and including four policemen and 2 doctors for raping Bilkis Banu and killing her family, the court awarded the convicts life imprisonment.

In 2017, the high court of Mumbai convicted two doctors and four policemen for tampering the evidence and not performing their duties under section 201 and 218 of the Indian Penal Code respectively.

After the conviction the policemen including IPS officer R.S Bhagora and the doctors challenged the  court’s decision on the basis of their argument that : the evidence in relation to case were fabricated and that there were no bodies of the family members found later .

In 2017, high court rejected their plea on the grounds that there were substantial proofs that they were part of the heinous crime. The CBI further appealed the court to award a stricter punishment to the convicts but the court stayed on with their decision to give them life imprisonment.

This order came after more than decade of the incident and the crime that was suffered by Banu. Although there cannot be any compensation to the loss that she suffered but a sense of justice did seems to be achieved.

Today her daughter is four year old and she lives with her and after the incident Bilkis Banu has voted for the first time in 2019 Lok Sabha elections with a vision of now being a rightful citizen of the state.

Like Bilkis many women in India are still waiting for justice be it Asifa Bano, Nirbhaya all of them are still fighting their battle. There still many hands begging for justice but Banu’s case stands as a ray of hope and also as an example of struggles meeting their ends.

While coming out the court Bilkis Banu said that she wishes to use the compensation money for the welfare of rape victims and she has envisioned for facilitating her daughter to become a lawyer when she grows up.  Bilkis Banu has suffered a life trajectory that is both tragic and exceptional. Despite her tormented soul, her struggle for justice did not end and years after the tragedy she has been compensated.  However, what she has gone through cannot be compensated even in a lifetime, but it does restore our faith in judiciary for justice even when it is delayed.