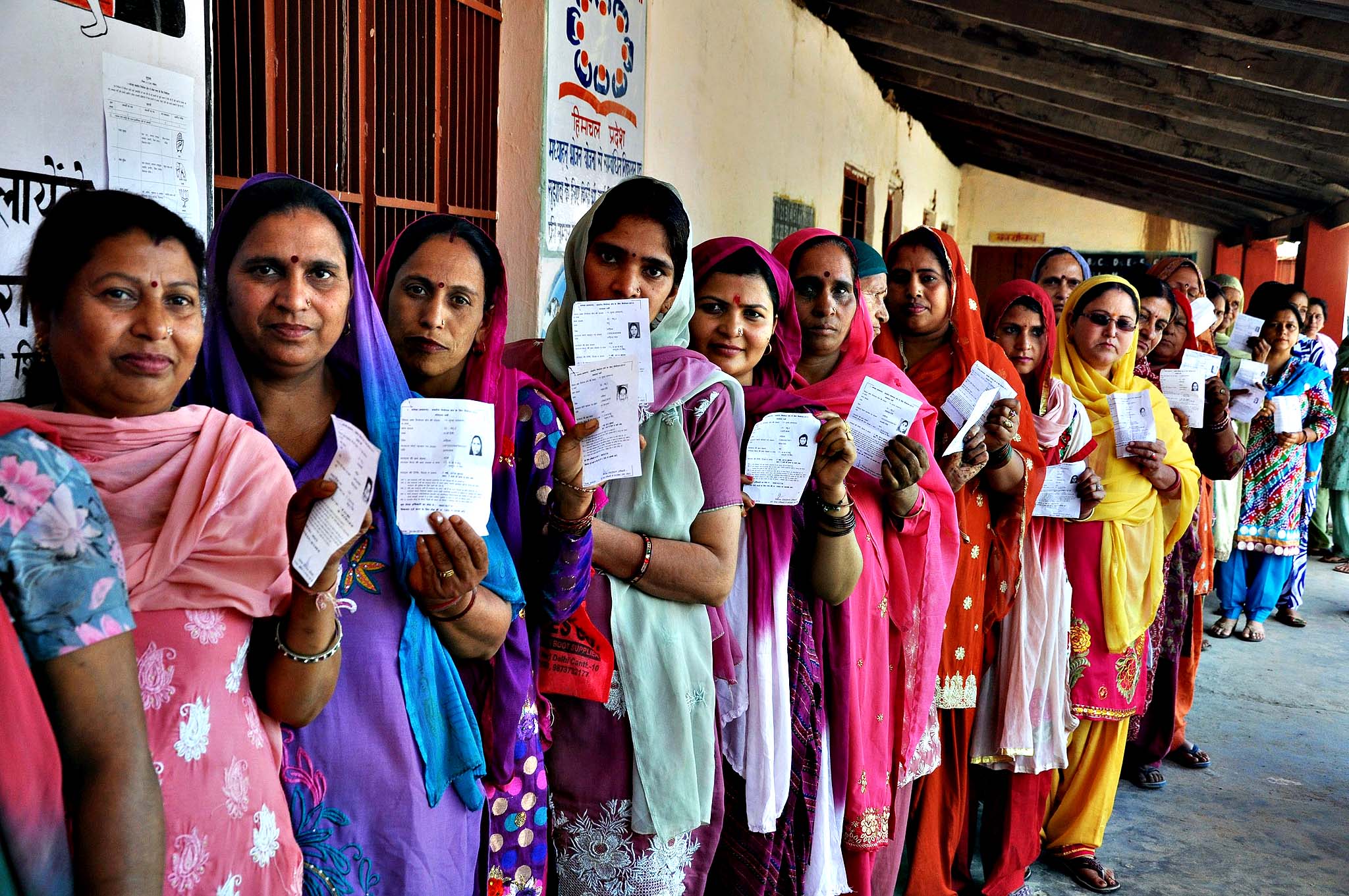 In a nation where women continue to be way more scarcely represented than their male counterparts, how can a democracy ensure that it hears its women out?

Rajeshwari is a Contributing Writer at The New Leam.

Conducting interactive sessions on gender parity and identity-based discrimination with children and young adults for last one year has been very insightful in understanding how a divisive and communal political imagination of the idea of India has trickled all spheres of our lives.

It is also very alarming to hear it from children who have been inducted into these strong biases and hyper-nationalist sentiments by the adults and propagandist media outlets. At this important juncture where we all participate in the most important ritual of upholding the democracy, it is of primal importance to ask not just whom we are voting for but also the idea of India we are voting for.

In a democracy where women have been left under-represented and deprived of rights for decades, the 2019 elections will witness a high rise in the number of women turning out to cast their vote more than ever before. The participation of women in the Indian elections is at a historic rise with the number of registered women voters surpassing the male counterparts in 87 constituencies in 2014. With this continuous trend showing improved electoral participation of women, there is a demand for the political parties to show their commitment to gender equality in their campaign, and their actions and decision making through the promises they present in their manifestos and the representation of women candidates contesting elections. In her book, ‘Why India votes?’, Mukulika Banerjee extensively studies the grand ritual of casting a vote. She mentions that every Indian voter continues to feel that they can exercise their power and derive a sense of equality through this act. While there are many wider reasons, many being non- political, for a person to turn up at a polling station, the majority of the toiling masses actively participate in ‘silent revolutions’ through the act of voting.

This raises the most pertinent question, what are we voting for? What is the idea of a nation and citizenship ideal we want to strive towards through the act of landing up in a polling station? As half the participative force in an electoral democracy, the women marching for change that took over many cities on 4th April, was a call to organize organizations and unions comprising of women, transgender persons, farmers, students, activists, lawyers, and artists to vote out the present government for its ‘anti-women’ policies. The rise in incidences of violence, unemployment and safety were some of the biggest concerns raised by the marchers, raising several slogans to end patriarchy, casteism, and fascism.

In recent years our fundamental rights have been considerably curbed. With the rise in lynchings, arrests, and disappearances, the current government has set a culture of impunity for all the human rights violation and violence witnessed under what we eat, how we live, how we pray, and the questions we raise. The act of critical participative citizenship has been equated to being seditious. The coming elections ought to have a way to affirm our faith in the Constitution and the values it upholds. As citizens, we must demand our representatives to uphold the values of secularism, equality, liberty, justice, and fraternity as a non-negotiable.

With the rising intolerance and curbing freedom of speech, the last few years also witnessed the rise of dissent against the oppressive tactics implemented by the government. Last few years observed changes in the mobilization in gender and sexuality question from the question of care work, reproduction debates in private domestic spheres, and wages for housework to women’s oppression at workplace and demand for adequate representation in the electoral politics. On 1st February, a group of concerned citizens, under the banner “Reclaiming the Republic” came together to debate and construct a political imagination of what a new government must uphold. Through their nineteen propositions, they demanded that the political parties go beyond the populist rhetoric and deliver actionable promises of substance by upholding the ideals of the Constitution.

It is important to demand the political parties to show their commitment to gender equality by deriving their work through the lens informed by the narratives of women and minorities. Apart from posing ‘women empowerment’ policies as important propositions in their manifestos, the parties ought to exhibit parity in their nominations and appointments of contesting candidates. In the current parliament, there are 66 women MPs (11%) out of 543 MPs. This means nine out of every ten parliamentarians, are men. While reserving 33% of seats for women in parliament has been stated in manifestos, it is a long way away to be actualised. Giles Verniers, a professor from Ashoka University, tracking the number of women candidates per party points out that Congress has fielded 47 women out of 344 tickets it has distributed while the BJP is a close second, with 45 women out of 374 candidates making it only 13.7% and 12% of the entire tickets respectively. However, at least two parties have tried to walk the talk of representation and affirmative action within their own parties: West Bengal’s Trinamool Congress with 40.5%  and Odisha’s Biju Janata Dal with 36.8% of seats contested by women candidates.

By recognising the need to create a gender transformative driven actionable promises the parties should show zero tolerance to gender-based and sexual violence by curbing the nominations of those accused of sexual or gender-based violence and campaign speeches with a driving misogynistic, casteist, and communal tone. A commitment to gender equality goes beyond promising physical safety. There is a need to reconstruct a comprehensive anti-discriminatory law and universalizing access to justice by establishing independent commissions to look into systemic injustices meted out to the vulnerable groups. Measures need to be taken for the recovery of the eroded livelihood rights for all workers in formal and informal sectors to enable the right to work with dignity and self-respect.

This election is critical in reconstructing the idea of India and us as citizens ought to demand from the candidates to uphold the constitutional values through the choices and actions they undertake. Our votes are not for the parties and their leaders’ rhetoric. It is rather for us as voters to examine our lives under the present government, whether it improved, whether the promises were upheld, whether the measures undertaken enabled us to participate fully as citizens of this country and if our fundamental rights could truly flourish. It is only when we become vigilant voters, make full use of our responsibility and judge the performance of the ruling establishment not through the prism of rhetoric or false propaganda but through a sound evaluation of their performance on important indicators like education, healthcare and employment that we will be able to nurture a democratic nationhood.