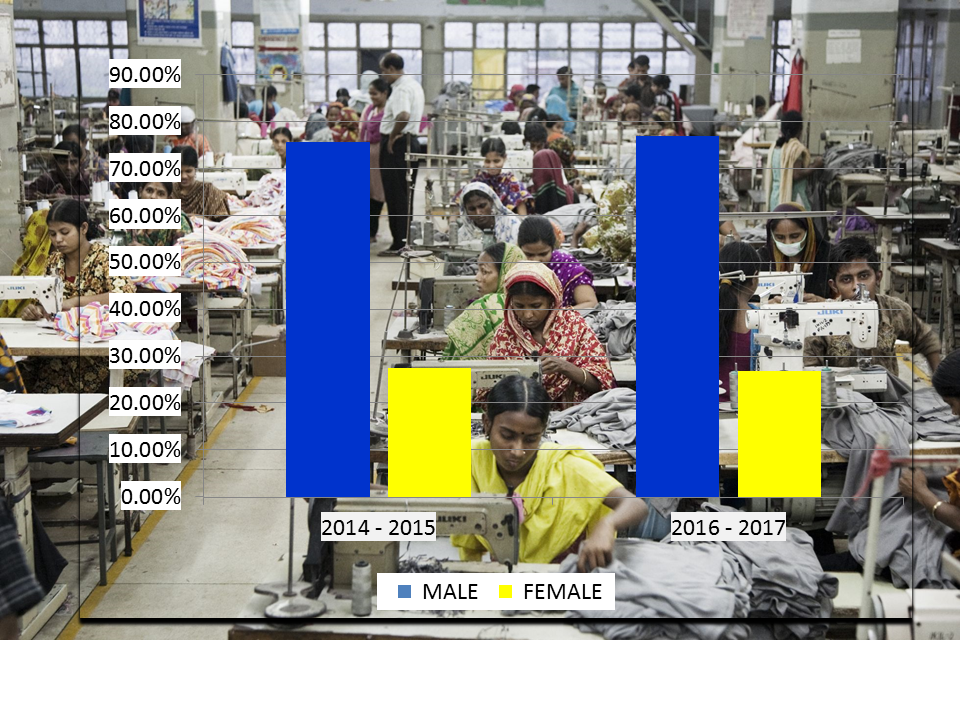 In order to ensure larger participation of women in workforce there is an immediate need for transforming the societal outlook towards them.

In today’s time Netflix, Amazon Prime and other online content producing websites have become more powerful than TV. They are known for being progressive in their approach when it comes to their content. We see many online web series makers come up with stories that are unconventional, experimenting, risky and often based on themes that are lesser explored. Another brilliant feature of online entertainment channels today is the depiction of women who are strong, working and independent unlike those that we are familiar with in most Indian soap operas or for that matter in mainstream cinema.

Indian TV could never manage to give women their due place but these online platforms have managed to do so. Online shows like “Made in Heaven, Delhi Crime, and Four Shots Please” fall in the category of progressive online TV series- we may have diverse opinions about whether the feminism they project is desirable, whether it belongs to a certain class of women only or whether the overarching urbanism depicted in their characters, the often media-induced/ pop feminist bearings of these characters can be thought about in a more grounded, philosophically enriched and holistic notion of femininity – but what we cannot deny is the fact that these programs have made women ‘characters’ as opposed to the mere arm candy of the male protagonist or a glamorous addition to the film’s main song.

Even after this progression, the question still remains whether the depiction is true and whether women in the nation really have control over their destinies, their job choices, their priorities in life? Are women really becoming strong and independent at the workplace today? Are women not still judged for the clothes they wear, the career choices that they have made, the duties that they are assumed to have just because of the biology factor, the burdens that the patriarchal society puts on them, the labels that are ascribed to pull her further down?

The recent Oxfam report titled “Mind the Gap- the State of Employment in India” has the answer to this question. According to the report during 2003 to 2013, the number of women at work has fallen from 34.8 per cent to 27 per cent.  One of the major reasons for this declining number is the immense burden of unpaid work which women are supposed to do at home after their official working hours.

As per the reports of National Sample Survey Organisation, number of rural women spending majority of their time in domestic duties has increased from 51 per cent to 60 per cent in 2011-2012. Another interesting reason for women not renaming in the workforce as cited by the report was Nuclearisation of families today.

The report quoted that the average family size in India is shrinking- in 2001, 83.9 per cent families were nuclear and in 2011 the figure rose to 84.5 per cent. Through the narratives recorded by the research team of Oxfam it was concluded that fewer adult women at home means fewer hands to help with domestic work. Since most of the girls study in schools and remain outdoors for longer period of time the burden of household work is on the adult women of the family.

Indian society has always treated women more as care givers than as human beings with a rational and intellectually ordained mind. It is paradoxical that no matter how educationally advanced we become, we take it for granted that domestic and familial responsibilities rest with the woman alone and that when she fails to fulfill these responsibilities, she is seen as selfish or unethical in her pursuits. This perception is so much instilled in the psychic of women that they themselves start to believe that it is their responsibility and duty too. Irrespective of the position she holds at workplace, what job she performs outside, how so ever tired she is, she is made to feel and she believes too that house care is solely her responsibility. This is the result of strong gender binaries created and enforced by the society.

Women are taught that they are weak, delicate, and emotional and hence are fit for the tasks of nurture and care whereas men are considered strong, active, and rational and hence they are fit for outdoor jobs. Simone De Beaviour has mentioned about this kind of gender discrimination which has existed historically and is one of the major cause of women’s suffering across societies.

No matter how much talented, bright or educated a woman is she is always and forever asked to be docile and more homely.  More than educating the girl child correctly parents are often seen worried to train their child in cooking and house work such that she can be married easily. In a room of four people irrespective of how young or old she is it is expected from the woman only to stand and serve the guest with food and water.

The effect of this kind of gender discrimination is not only witnessed in the closed walls of the home but its repercussion can also be seen at their (women) workplace or in their working environment.

Pertaining to the narrative of gender discrimination women at their respective work place are often meted with injustices and harassments.  Harassment by employers and male colleagues, unequal pay, unfair treatment in promotions, equal work but different pay- is another kind of discrimination practised by firms between male and female employees. In some companies women are not recruited and if they are the ratio is way less than the male employees. This nature of inequality and harassment at workplace is one of the major reasons why most of the women withdraw from working.

As pointed out in the Oxfam report now and the World Bank report (2017) earlier India has one of the lowest participation of women in the workforce and ranks 120th among 132 nations documented.

The statistical reality here is way different from the narratives of gender equality and women’s empowerment celebrated across. Burden of work both at home and work place quite often puts the women in huge conundrum. In such a case she is forced to choose either of the two (domestic life or professional life). In case if a woman is unfortunate to do both together nothing but her personal life especially her health gets affected badly. For such women work then is not a part of life, work life becomes the only life they have then.

Women in rural areas and few in urban areas do not even know the meaning of leisure and free time because of their constant and unaltered engagement in work.  Such kind of work engagements affects the mental health of women and further their level of happiness. The heavy burden of domestic chores, the societal expectations and responsibilities that act as impediments in the woman’s journey of discovering her potential, the low paid and often non-conducive work culture that she finds in office or in her place of work, the denial of rights to dignity and equal pay etc are all collectively to be held accountable for the declining presence of women in Indian workforce.

While, television and the internet may paint a very glamorous, urban, articulate, financially rich and powerful woman in its programs- the plight of the ordinary Indian woman continues to be a constant sense of juggling between the home and the world. The violent and non-cooperative work ethics, the societal obligations that bind women’s feet, the denial of education and opportunity and the tendency of society to repeatedly pull women down- have collectively made the challenge before Indian women extremely difficult. Ironically, while we do talk of policy intervention we seldom talk about change in people’s consciousness. In a society that is hostile, that negates women’s creativity and intelligence no policy can transform things.  Let us work towards a social order that works with women, for women.