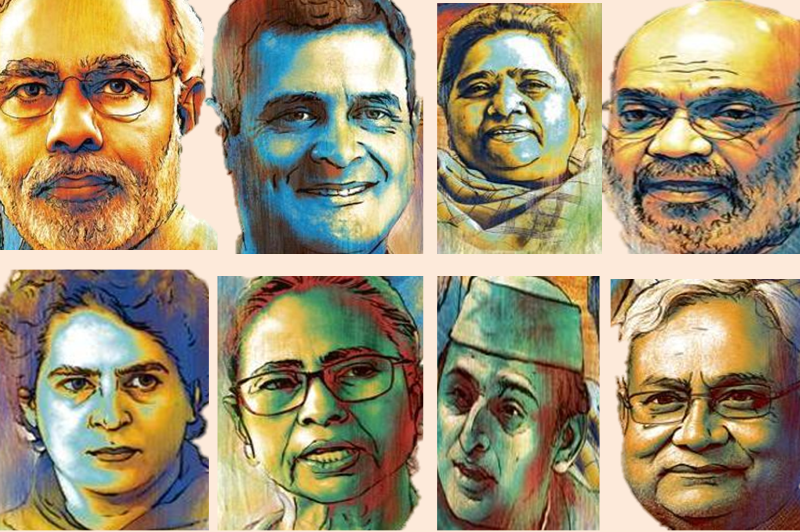 The results for the Lok Sabha elections have left us shocked. It has happened and left many of us high horse liberals amazed. One knows that our virtues, that worked for so long are not finding purchase in our society anymore. Liberalism and secularism have been desecrated and it is in their desecration one can now see how much of our lives were run through them.

Don’t get me wrong I am not suggesting that from secularism we are moving back to religion, or from liberalism back to traditional models of governance. What we are seeing today is instead a complete unleashing of the secularizing force in-built in the nation-states. We are not going back to old ways of governance but instead mutating to new ones. The rhetoric of secularism that is giving away now is not revealing just the underlying communalism that always existed; it is also revealing a need to keep certain things sacred in our society.

It is in this way only we can grasp the modern nature of organizations like RSS and their distance from religions and closeness to politics. I can go on like this with virtues like equality and inclusion also, but this can be done another day.

It is interesting that in spite of a lot of evidence staring in our face telling us that this process was happening, we still thought people who are genuinely effected by the current policies may not vote the same way as they did in 2014. But vote they did in much larger numbers, my instinct tells me to simply describe this as- ‘people voting counter to their interests’.

But some small reflection should make us ask- haven’t they always done that? There is a certain elitism in thinking that when my interest matches with the interest of the masses, they wouldn’t do the same thing. They voted contrary to their interests even when their vote matched with my interests. Truth is that structures that worked for us were against the masses for quiet sometime. The left got its legitimacy through these imbalances, one thing that certainly has been hit for the left is that they need to rediscover themselves without leveraging these imbalances, inequalities for maximum mileage. They have to articulate themselves irrespective of these inequalities and imbalances. We have to go back to the first principles and ask what alternative we are offering, rather than just what havoc current ruling ideology is causing.

The left-liberal progressive politics for long has been losing its legitimacy, while it functioned with claims on equality and inclusion, at the heart of it was a promise of change that will come, but for long the promise kept on becoming empty and without that the role of the left kept on morphing into maintaining the status-quo. It became a group of people who could punch above their weights in terms of power, state found it easier to deal with them than the disgruntled masses. And slowly what emerged from this was that even with left’s best intentions it had no new ideas on how to bridge these gaps, its compulsion to act far out did its capacity reflect and interpret.

I remember sitting in academic journalistic circles where people who work with farmers, schedule castes etc. in different states assured me that there is no chance that the masses will vote for the right-wing.

That presumption didn’t work; truth is our visions were blurred by our own discourse of equality and inclusion. We did not see that the masses who were directly experiencing the growth of the right-wing upsurge were always outside the left-liberal discourse. Marginalized sections could see the continuity between Hindutva discourse and the modern democratic discourse, the break intellectuals wanted to articulate between the two discourses wasn’t as clear on the ground in terms which would suit the self-interests of the masses more. In fact, the ambivalence towards not only left-progressive discourse but also the discourse of the constitution first emerged in the vicinity of the masses on the ground than near the top.

Many people living in the slums, rural areas had to accept the mutated nature of institutions, laws as it applied to them way before it has reached us in academics. Don’t you think a Rikshawalla in Delhi would know the ambivalence and oppression of the law as it applies to him way before anyone. Of course, the breaks were visible in the fight of the two discourses of the left and the Hindutva in terms of what truths and realities they refer to, but the virtues of one discourse over the other is still lost not only on the people from the marginalized sections, but even more so for people living in closed societies working in echo-chambers of corporate houses. We forget that many in our society were never inside the democratic liberal discourse anyway. Now I can’t state the reasons why so many farmers, Dalits, land workers etc. voted the way they did. I think that would be a subject of research for years, not only in India but across the world. And my guess is each space will throw its own reasons at us that would fulcrum around some analysis like the above one.

But the truth is that humans don’t just do things individually for individual motivations, we are also collectives, and there are times we act collectively. One of modern nation-states failure is that it simply could not address us in our collectives, engaging with our commons in any reasonable way. Thus, what we see is that there is this complete inability on its part to respond to certain changes that keep our societies in flux.  One such change I observe, as previously stated is that our earlier virtues with all the good they had don’t work anymore. They are still needed for holding certain important principle functions of our society, but that is just because we don’t have an alternative to them. Otherwise, as a society, we are numb enough to be able to work without them as far as we can.

Hindutva is not an alternative the current left-liberal discourse but instead a mutation of it. As much as a clique it is to say that current movement towards the right emerged from our left politics, it is true in one way, that the right-wing surge was only possible when it took the function of the traditional left, right-wing emerged from the vacuum that left politics left in our socio-political structure. It’s not a coincidence that we are discussing the transfer of left votes to BJP in Bengal and face a real threat of that happening in Kerala.

The way forward thus is not to let go of the virtues of the past but instead to completely affirm and be able to conserve what was most important in them. Secularism wasn’t just important to separate the church and the state, it was also important to separate the state entering the church. What I mean is as important it is for the functioning of the state to have a certain distance of religions, it is also equally, if not more important to reclaim certain sacred aspects of our lives away from the governance of the state directly. Education is one such space where this is needed and religion is another space where this needs to happen.

The answer to religion as we thought cannot be inclusion of religious discourse by its very exclusion, but to reinterpret religion, to be able to develop a relationship back with it.

There is hope in all this not because the transition we are observing, the ideologies that threaten us most today are nothing but offshoots of our own past discourses. We anyway cannot shed them completely and neither we as a society can completely submit to them for long. This is an unstable moment that will give way to something else, now the question is what new ways we can find to again build a relationship with our present, what new knowledges we can create such that the transition adds to our creative potential as human beings.

AAP or BJP: Who Will Win Delhi’s Battle for Power?

The NIA and Why Congress-led Chhattisgarh is Opposing it

Evolving A Liberation Theology Within A Firmly Secular Framework