The Prime Minister of United Kingdom, Theresa May announced her resignation on Friday, 24th May 2019 from 10 Downing Street. She further announced that being a conservative leader she will quit from her post on 7th June 2019, until then she will continue with her leadership in the cabinet.

In her statement given to the media May stated “She has done her best to deliver Brexit and it was a matter of deep regret that she had been unable to do so. She further added that she would step down as Tory leader on 7th June and she agrees with the chairman of Tory backbenchers that the contest to replace her should begin the following week.”

DUP leaders have welcomed the resignation put forth by Theresa as they argued that the resignation was a result of not listening to the conservative party on the Brexit issue. DUP leader Arlene Foster told BBC “she hopes the next Conservative leader has an understanding of what makes the DUP tick”. She said that now Theresa May has got to know that when someone tries to bounce the DUP it simply doesn’t work. The PM had fundamentally misjudged her party’s position on Brexit throughout negotiations. Although the party has refused to be drawn on who it would back as the next PM, Mrs Foster revealed that the DUP would be listening carefully to leadership pitches in relation to how they view the Irish border backstop.”

Theresa May is the conservative party leader who was instrumental in withdrawing the United Kingdom from the European Union: the Great Brexit. It was a move of the prime minister which was not well received amongst her party members as result of which she lost the confidence of the party right after.

On Friday, in an emotional address she announced that she will no longer contest for the election in 2022. May was the female leader in England whose leadership was compared with Margaret Thatcher but her resignation has revealed her weaker side. Under article 50, the Brexit was scheduled to take place in October 2019 but now with Theresa’s resignation the picture has become gloomy.

Boris Johnson, the former foreign secretary, declared his intention to stand by Brexit. As he announced that United Kingdom will leave the European Union on 31st October 2019 He further added that “it is a deal or no deal kind of situation. The way to get a good deal is to prepare for a no deal.”

Theresa May single headedly with a strong mind took the decision for Brexit, she neither had the party support nor any vote of consent but still she went ahead without listening to anybody. Speaking to the media on the basis of anonymity one of the ex-cabinet minister stated “The trouble with Theresa is that she only recognizes reality when it hits her in the face. With her resignation she has taken the right decision but late nonetheless her decision is still welcomed.

The foreign secretary, Jeremy Huntn in his constituency, South West Surrey, declared that he will be the successor to Theresa as he will contest the elections in July. 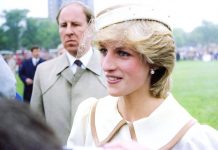 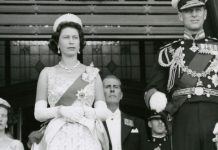