On July 4th, 2019, South America experienced a total solar eclipse. In many parts of the continent such as in Argentina and Chile, the solar eclipse had 100% visibility. The total eclipse lasted for up to four minutes as reported by NASA.  This astronomical moment was captured by thousands of people around the continent. 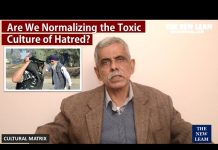 Watch | Are We Normalizing the Toxic Culture of Hatred?