We live in a world where digital communication has become a central component of our lives and we end up encountering the sea of emojis time and again across the digital space. They were once perceived as being cute and responsible for enlivening the digital communication space but today they have become a common occurrence expressing happiness, laughter, sadness and anger in our social media messages and texts with others.

A simple sentence like ‘how are you?’no longer has to be seen as a boring and plane text, instead the user can make use of an interesting emoji such as that of a small smiling yellow face. As our communications become more digital than real, it is the use of such emojis that are seen as enlivening, value-adding elements to otherwise seemingly dry texts.

When we communicate with a person face-to-face both our expressions become clearly visible and noticeable by the other but when we communicate via the digital space, we feel that emojis at least give us some degree of satisfaction as far as getting across our emotions and expressions is concerned.

Many researches show that emojis help people believe that even in non-verbal communication, they can express themselves and their facial and bodily gestures. The teary eyed yet smiley emoji, the shoulder shuddering emoji, the smiley face emoji, the angry emoji have all helped us humanise the digital space and add a human element to something which may appear remote and distant. It gives the user the feeling that they have explained their real emotions as close to be possible digitally as they would in a face to face conversation. Just like in the real world, the use of hand gestures and expressions play a vital role in the way we communicate with someone. Similarly, the use of emojis in the digital world makes us feel that the space has become more personalised and that we feel more emotionally expressive when we use emojis.

An emoji can drastically change the way a particular text message is interpreted. For example if someone sends you a text saying that they tripped on a staircase and hurt themselves with an iconic laughing face, you could interpret the message conveying that the person was injured but is now mocking their own clumsiness. But if the same message was sent with an emoji which is showing closed eyes slanting down and a downturned lip, the classic sad face- the message may mean that the person is indeed very upset at being injured.

So the use of a particular emoji can drastically change the way a specific text is interpreted.

No matter how widely used emojis may be today, what cannot be denied is that they cannot replace a face to face or direct communication between two people.

We often find our real emotions being hidden behind emojis and while we feel hesitant expressing our feelings directly, we feel an extended use of emojis will adequately help convey our emotions. We already live at a time when text messages are depriving us of real social interactions and we are more comfortable in interacting with people from behind the screen than we are looking straight at them.

We are already reducing our social interaction by the use of the digital space instead of having real conversations. We really don’t need emojis to further turn us into anti-anti-social robots.  Moreover, what we also need to realise is that contrary to our beliefs emojis can create a roadblock in our communication stream, they can often make it appear as if we are too distracted with cartoonish distractions and disinterested in having a real, quality conversation with the person opposite us. We may certainly make the use of emojis here and there, but extensive and obsessive use of emojis can make people emotionally sterile and lazy.

It is not necessary that these emojis really add something to our conversations or make our messages more meaningful.

Are we using them to hide our real emotions, because we are lazy to communicate on our own or just because they make us appear more cool in the virtual world? Let us restrict our usage of emojis, let us rely on real emotions even in a non-real digital space and stick to real words, they express more and matter more. 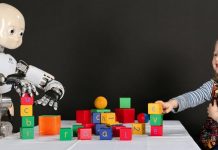