Actress and film-maker Nandita Das has brought out a very creative and engaging video about the diversity of complexions that exist in India and why the society as a collective should become more embracing of this variety than see it is as an occasion to discriminate against people with select skin colours.

The video is entitled “India’s Got Colour” and features some notable names from the film industry like Raina Pathak Shah, Radhika Apte, Kanwaljit Singh, Gul Panag, Swara Bhaskar and several others.

The video brings out the stereotypes and prejudices that are prevalent in the Indian society against women with darker complexions and goes on to show how obsessed we are with fair skin.

What makes the video a sharp commentary on the inherent complexion bias in the Indian society is its ability to build the narrative on commonly heard taunts, abuses and discriminatory practices that women with darker skin tones have to undergo in India.

They make the video not just relatable but also much more powerful in terms of establishing a vehement critique of the state of affairs.

Fair is beautiful, beautiful is fair

We in India generally associate beauty with fairness and this misconception is so ingrained that it has almost become a fetish. We are made to feel that there is certainly some problem with those who have a dark complexion and that they are destined to a life of doom just because they aren’t fair!

The fairness cream industry has been rapidly growing in India and expanding its consumer base, despite the growing spread of education and global exposure to progressive ideas.

It points to the fact that while we may have technologized our lifestyles and accepted consumerism as an inherent part of our lives, we have continued to remain unprogressive, orthodox and even regressive as far as our notions of beauty and fairness are concerned.  Nandita Das’s video is a powerful intervention challenging this regressive mentality and makes us all rethink such discriminatory and unjust cultural practices.

The video advocates gender-neutrality and discourages all forms of discrimination based on the colour of ones skin.

The idea that the video advocates is “ As many people as there are in India, there are as many colours. But we don’t change.”

The video highlights the normalisation of violence and discrimination based on skin colour and how we have become so accustomed to it that we have forgotten to question it anymore.

It urges us to rethink these misconceptions and move towards a colour neutral social order. 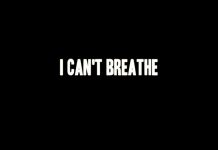 “I Can’t Breathe.” It Happens at Schools, Too