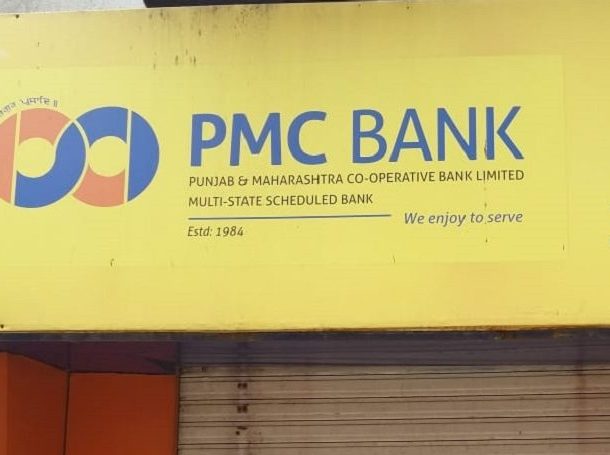 In the latest move, prime accused in the PMC Bank scam, the promoters of real estate group HDIL, Rakesh and Sarang Wadhawan, have requested the RBI and investigation agencies to sell off their assets, including a yacht, a Rolls Royce and an aircraft, to pay off the bank’s dues.

The Wadhawans, in a letter to the Enforcement Directorate, the Union finance ministry and the RBI, requested that they be allowed to sell off 18 of their attached assets. The letter was released by a spokesperson of the Wadhawans.

Real estate firm HDIL allegedly accounted for 70 per cent of the bank’s Rs 9,000 crore advances. According to the Mumbai Police’s Economic Offences Wing, HDIL’s loans turned Non-Performing Assets, but the bank management hid this from the RBI’s scrutiny.

The details available so far reveals that out of the PMC Bank’s loan book of around Rs 8,383 crore, as on 31 March 2019, about 70 percent of which was given to real estate firm HDIL. Problems arose when this account began to turn into NPAs. According to investigators, the bank management hid this stress from the Reserve Bank of India’s (RBI) scrutiny.

According to the RBI regulations, no bank can lend beyond 15 percentage of a bank’s capital base to a single company. This limit could be different for co-operative banks. But, there is no justification for lending 70 percent of the loans to a single company. By doing so, the bank put itself under a huge risk. Why did the promoters and the board do that?

The latest news comes at a time when a few deaths have been linked to the deposit withdrawal restrictions put on the bank accounts by the RBI.

A depositor of scam-hit PMC Bank allegedly committed suicide, while another died of a heart attack a few hours after taking part in a protest by bank customers seeking their money back.

Dr Nivedita Bijlani (39), who allegedly ended life on Monday evening, and Sanjay Gulati (51) who died of a heart attack on the same day, had deposits of over Rs 90 lakh each with the Punjab & Maharashtra Cooperative Bank. Whether these deaths are directly related to the distress caused by the PMC Bank-scam is a matter of investigation.

The bank has been put under restrictions by the RBI following the discovery of a Rs 4,355 crore scam. Deposit withdrawals which were capped at Rs 1000 initially then increasing to Rs 10,000 have finally now been capped at Rs 40,000 over a six-month period. This has been causing panic and distress among the depositors since the notice was released by the bank.

The Reserve Bank of India have imposed the six-month ban on Punjab and Maharashtra Co-operative Bank Limited (PMC Bank) on charges of irregularities. The central bank has issued special guidelines to monitor all transactions of PMC Bank. This is affecting the account holders badly.

According to the official notification issued on Monday (23 September), the PMC Bank also need to take approval in writing from the Reserve Bank (RBI) before conducting banking related transactions. This means, no loan can be sanctioned or extended without permission from RBI. Also, the bank cannot invest anywhere on its own volition. However, exemption has been given in very important things like giving salary of employees.

The bank currently operates in Maharashtra, Delhi, Karnataka, Goa, Gujarat, Andhra Pradesh and Madhya Pradesh. It has about 137 branches.

Former Punjab and Maharashtra Co-operative Bank (PMC) Managing Director Joy Thomas has taken the responsibility and admitted to hoodwinking the auditors, bank’s board and the RBI for many years by concealing the default on loans to the tune of Rs. 6,500 crore taken by real estate firm Housing Development and Infrastructure Ltd (HDIL).

In a letter addressed to the Reserve Bank of India (RBI), Thomas explained the circumstances in which he took such decisions, besides taking full responsibility for his actions.

Joy Thomas confessed to hiding details of defaults by HDIL from bank’s board, auditors and RBI. He revealed that dummy accounts were created on his instructions to hide the non-performing accounts of the company.

According to Thomas, he decided to conceal the information as disclosing it would have resulted in loss of reputation for the bank as well as for HDIL, which gave the majority of business to the bank, and had maintained a good track record of servicing their loans since 1990s.