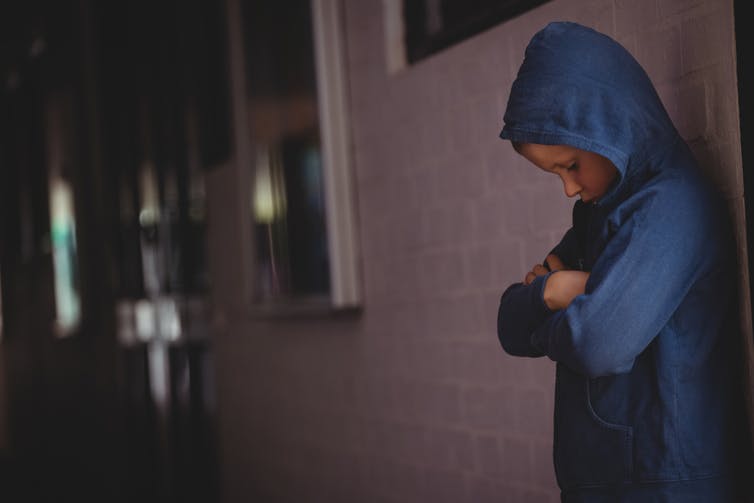 Exclusion rates in English state funded schools are once again on the rise, alongside concerns about the impact of exclusion on the well-being of children and also on public safety. The highest level of exclusion rates are experienced by vulnerable students who have Special Educational Needs and Disabilities, and are from disadvantaged and ethnic minority backgrounds. As a new report from a committee of MPs suggests, exclusions are too often used for minor misbehaviours and leave these individuals with nowhere to go. The report also lays bare the links between school exclusion and other societal issues such as knife crime and so-called county lines drug trafficking.

Disengagement with secondary education is known to be linked to childhood trauma, poor educational outcomes, and an increased likelihood of not being in employment, educational or training. The system isn’t working. And as a qualified youth worker and secondary school teacher working with marginalised students and their parents for the last 20 years, it’s clear to me that the use of exclusion not only impacts these vulnerable students’ chances of gaining good qualifications but also silences their voice and any influence it may have on making meaningful changes to the organisations they attend.

Ironically, a 2016 Department for Education paper claimed that “education is the hallmark of a civilised society, the engine of social justice and economic growth”. Yet, in England, there were 7,900 permanent exclusions in the 2017-18 period, a 70% increase since 2012-13.

If education is the engine for social justice perhaps we need to ask who justice is for, as it doesn’t seem to apply to those who are most vulnerable to exclusion. Indeed, wider issues that impact student behaviour such as adverse childhood experiences and Special Educational Needs and Disabilities (SEND) are largely overlooked in favour of zero-tolerance responses to behaviour issues that also place significant blame on poor parenting.

Exclusion can be justified, according to Department for Education guidance, if allowing a disruptive student to remain in school affects the well-being or learning of their peers. However, the guidance also states schools are not allowed to discriminate against students on the basis of protected characteristics (for example, disability or race) and they must treat vulnerable students fairly. Exclusion can take a number of legal forms, but there are also illegal practices, such as encouraging parents to take their child out of school or off-rolling, where schools use alternative provision and take students off their register.

According to an Institute for Public Policy Research (IPPR) report, off-rolling has become increasingly prevalent prior to GCSE exams in order to game performance league tables. However, the increase in exclusions also coincides with wider complex issues such as teacher retention, funding cuts for support services in schools, increasing pressure to meet GCSE performance targets and capacity problems that limit spaces available in state funded alternative provisions.

When former education secretary Damian Hinds called for more perspectives from students and parents on exclusion, particularly from students who had special needs, were from ethnic minority groups and/or who were on free school meals, it coincided with wider calls for their voices to be heard.

A study by education psychologist Shaalan Farouk recently explored such student experiences. Here, their lived experiences are understood as a valid form of evidence that can provide valuable insights into their worlds. It created a starting point from which the practitioner or researcher can work collaboratively with them to meet now identified needs. Kim, one of Farouk’s students, provided an insight on how children’s views are often disregarded:

The only thing I think I was doing wrong was thinking I wasn’t doing anything wrong, cos to me, what’s wrong with speaking up? But you are not supposed to. Like, you are arguing, I am arguing, you are a teacher I learn from you. Because, since I was young I was taught to speak my mind and when I was ten [at primary school] they liked that, it shows intellect and intuition, but they don’t like that a high [secondary] school. It’s yes sir, no sir, three bags full sir, its get your grades and get out.

One piece of research I recently carried out took a similar approach. A group of former excluded students (now in their 20s) who had attended an alternative school provision that I managed were trained with their parents to become researchers. They drew on their own experiences of exclusion to guide interviews with ten permanently excluded students (who also had special needs) and their parents.

The findings indicated a spiral of disillusionment, educational disengagement, fractured relationships between each other and teachers. This emerged as the students encountered a series of life events such as adverse childhood experiences, SEND and family break-up that coincided with the educational processes in schools. These students had a form of agency but their behaviours were to some extent – and in line with Hannah Arendt’s ideas in The Human Condition – conditioned to act by the conditions under which they existed, often compounded by zero-tolerance approaches to behaviour in schools.

Of the ten students supported in the project, four had encountered county lines issues. One male student’s parents told me that they believed his issues with anger had started when he was five – the time they separated. Following exclusion from mainstream school he became frustrated at a Pupil Referral Unit he was attending, which culminated in violent outbursts and further fixed-term exclusions from the unit. He had also recently become involved in drug dealing and was suspected of being involved in county lines. Yet, although he was consistently excluded he said: “I miss learning what I want to learn.”

Part of our project involved training the researchers to act as mentors using informal discussion and activities such as cooking with students and parents to explore their current and future goals. These activities also helped students and their parents understand each other’s perspectives of school and their own developmental needs. Mentors then helped them develop the confidence and skills (making phone calls, internet searches, contacting forums and legal services) to access resources they needed and to re-engage with their education.

This was only a small study but it sits within a growing field of mentoring projects that consider the voices of marginalised and often stigmatised groups, working with them to address their needs. This doesn’t dismiss the need for students and parents to understand the pressures placed on teachers in schools, or that behaviour boundaries are needed to support the well-being of students. But perhaps a more relational approach that takes their perspectives into account, to address some of the issues they encounter in school, might be more productive than off-rolling and zero-tolerance approaches, which have little impact on increasing student attainment.

Until these issues are addressed by developing approaches that listen to and also act upon the voices of those for whom education is not working, we have a long way to go until education in England can be heralded as the engine for social justice and the hallmark of a civilised society.