While speaking at Bhakra Nangal, the first prime minister of India, Pandit Jawaharlal Nehru had coined the phrase ‘temples of modern India’, with respect to dams.

In stark contrast to this worldview, however, is the story of the Narmada Bachao Andolan. A woman who is known by the name of Medha Patkar, has, for decades, helmed this non-violent, peaceful movement, fighting for the rights of the tribal and adivasis who are displaced as a result of the construction of these ‘temples of modern India’, in this case, the Sardar Sarovar Dam on the Narmada river.

The seeds of this struggle were sown in the years immediately following independence, when ‘under the newly formed government headed by Jawaharlal Nehru, investigations were carried out to evaluate mechanisms for using water from the Narmada River, which flows into the Arabian Sea after passing through the states of Madhya Pradesh, Gujarat’.

Narmada Water Disputes Tribunal was then formed in 1969 to adjudicate over inter-state disputes regarding sharing of river water and other related issues. The decision of this tribunal was released in 1979. “As per the tribunal’s decision, 30 major, 135 medium, and 3000 small dams, were granted approval for construction, including raising the height of the Sardar Sarovar dam. This decision was motivated by the assumption that it would provide water to around forty million people, irrigation, and electricity to people in the region. Thus, the construction began”.

The dominant perspective as propounded by the first Prime Minister of India, has guided the nation’s policy with regards to dams right since independence. Dams have been portrayed as symbols of growth and development of the nation. It has somehow been ingrained into the psyche of the nation that it will progress only if we are able to tame more and more of the free-flowing rivers multiple benefits of the construction of dams have been listed, such as, ‘harnessing the water, otherwise wastefully flowing in the sea, delivering water to drought prone areas hundreds of kilometers away from the river, irrigating agricultural fields and electrifying villages’  among others.

On this non-negotiable road to development, however, that has been charted for us by the democratically elected political rulers of this nation who have ruled India since its independence; millions have lost their lives, lands and their meagre and only means of livelihoods. This is apart from the devastating environmental impact that has been caused.

Unfortunately, however, the definition of development accepted by the world and followed blindly by India has, as a policy, demanded the sacrifice of ‘the few’ in favor of ‘the many’. In his 1948 speech to those who were ousted by the Hirakud Dam, the then prime minister Jawaharlal Nehru stated, “If you suffer, you should suffer in the interests of the country”

In 1961, the then finance minister, Morarji Desai, speaking to the citizens who came within the submergence zone of one of the big dams – the Pong Dam in Himachal Pradesh, stated, “We will request you to move from your houses after the dam comes up. If you move it will be good. Otherwise we shall release the waters and drown you all” .

These words may sound chilling coming from the democratically elected government of the day, yet they were very much uttered and have bee oft-repeated in a variety of ways, by the various powers that have governed the country ever since.

This rosy picture of development that has been shown to us, however, is not all that rosy. There have been multiple studies and researches on the impact of the construction of these dams on those that are displaced by them. “One estimate in 2000 said, “In India, during the past 50 years, more than 50 million people have been uprooted from their homes and huts, displaced from their farms, jungles and rivers and sacrificed at the altar of ‘national interest’.

It is also interesting to note that political governments across all the spectrums of ideologies, along with all the organs of the State, including the judiciary, have been equally complicit in perpetrating this injustice on such huge numbers of legitimate Indian citizens and on the environment. It is equally interesting to note that the current dispensation, led by the current Prime Minister, is otherwise leaving no stone unturned in completely negating and delegitimizing any work that has been done by the present opposition during the years that they were in power, beginning right from independence. However, they are completely in alignment with the existing policies when it comes to the definition of development that they want to accept and project, which includes the incessant construction of big and small dams.

The construction of the Sardar Sarovar Dam was, thus, declared finished in 2006 and it was inaugurated in 2017 by Prime Minister Narendra Modi. Even after its construction, the height has been increased from 138 meters to 163 meters .

Let us now come to the environmental impact of the construction of these big and small dams. Only one recent incident is enough to underscore this devastating impact. In 2013, the northern state of Uttarakhand faced devastating floods and landslides leading to unprecedented loss of life and property. “Unprecedented destruction by the rainfall witnessed in Uttarakhand state was also attributed, by environmentalists, to unscientific developmental activities undertaken in recent decades contributing to high level of loss of property and lives.

Roads constructed in haphazard style, new resorts and hotels built on fragile river banks and more than 70 hydroelectric projects in the watersheds of the state led to a “disaster waiting to happen” as termed by certain environmentalists.

The environmental experts reported that the tunnels built and blasts undertaken for the 70 hydro-electric projects contributed to the ecological imbalance in the state, with flows of river water restricted and the stream-side development activity contributing to a higher number of landslides and more flooding”

Soon after these massive floods and resultant destruction, South Asia Network for Dams, Rivers and Peoples (SANDRP), made a short film ‘focusing on the nature of these dams and the horrific tragedies orchestrated by their very existence’.

The national government is, now, in the process of tabling the Dam Safety Bill, 2018 in the Parliament. “The Bill provides for proper surveillance, inspection, operation and maintenance of all dams to ensure their safe functioning. It also envisages the establishment of a National Dam Safety Authority, a regulatory body to implement the policy, guidelines, and safety standards. The Bill proposes the constitution of state-level committees on dam safety.

However, this Bill is only a step forward in the process of underlining the accepted definition of ‘development’. The human and environmental concerns that are inextricably linked to this definition of development find little redress in any such efforts. It would not be an exaggeration to say that the ‘temples of modern India’ may, one day, become the biggest reasons for its downfall. 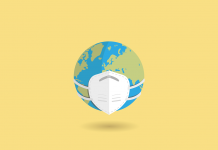 Not Just Religious, the Ecological Debate Over Sabrimala Temple