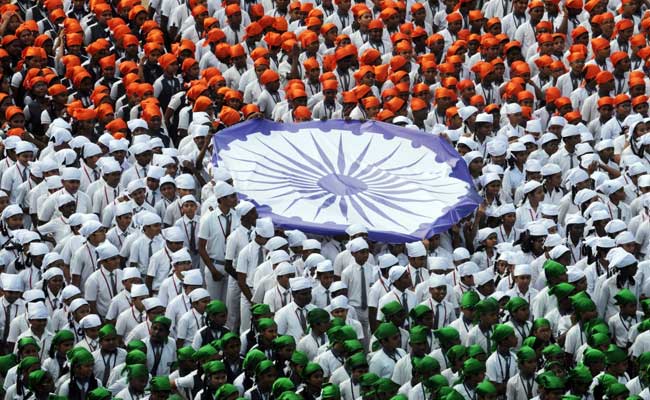 I know that  truth has always been worshipped but lying will always be more profitable. However, let me convey the truth to power. I shouldn’t hesitate, as Gandhiji had once said “Hesitating to act because the whole idea might not be achieved or because others don’t yet share it, is an attitude that only hinders progress” and I want to be a progress seeker to fulfil the dream of our founding fathers to wipe “every tear from every eye”.

It would be unfair if I just keep praising my country India and condone the problems it’s afflicted with. It would be a dishonour to the democracy if I don’t criticize my country. It would defile the very idea of opposition in a democracy if I don’t question the government. I know that my presence, views or dissent may seem nullified in a country of 1.3 billion people. I know that my extent of knowledge is limited so I can be wrong. I know that I’m a student and may not ever be a scholar but I would disrespect the education system if until I have sense, I don’t bring the things I study in practice. It would be very despotic if I don’t ask why the idea of democracy I studied in books seems blurred. The idea of democracy which our freedom fighters fought for about 200 yrs. if I let that be vanquished by some illiberal self-acclaimed nationalists, I’ll fail as a citizen.

It would be very unpatriotic as Rabindranath Tagore articulated “if I let patriotism triumph over humanity”. My inner self will disown me if I don’t stand with Kashmiris when they face lockdown for months and instead of caring for people, our government cares more about the land. If the clampdown doesn’t affect me, this proves my parochial understanding of ‘WE’ in ‘WE THE PEOPLE OF INDIA’. I should make the people in power understand that, “oppression for the sake of the country is oppression of the country”. I should question myself if I don’t question the people attempting to erase dissent, neutralise liberty and disseminate a vision of false democracy. Why is there an attempt by the majority to subjugate the rights of the minority?  Why is there an attempt to gag revolutionary voices? I must consider the fact that why I should fear in speaking out my mind in my own country even when I’m entitled to Right to freedom of speech? If I should fear then the idea of fundamental rights is flawed.

I’m abnormal if I don’t ask why stifling voices, curbing freedom and ignoring layman’s issues have become normal. I’m very selfish when I eat numerous sorts of dishes daily but don’t give a thought to the pathetic condition of farmers in my country. Right to life doesn’t seem working when more than 12,000 farmers commit suicide every year in an agrarian nation like India. The death of such a large number of farmers who serve food to 1.3 billion people is a blot on the glory of this country. It would be gross insensitivity if I don’t press the government to provide food to the starving population of 196 millions. India houses 24% of world’s malnourished people.

The greatness of India fades away when she can’t provide proper medication and quality care to her people. India loses true gems with the death of hundreds of children either in Bihar encephalitis crisis or other medical apathy. A system where people are offered with fifteen different kinds of cold drinks but not an affordable healthcare; that system is broken.

It would be very misogynistic if I don’t demand for ‘Women Reservation Bill’ to be passed when the data shows India as the ‘most dangerous country’ for women. The parliamentarians should understand the need to increase women participation in public service to break the shackles of patriarchal society and for the formulation of better laws for women safety. That ‘Bill’ can be a new dawn.

I should strive to assure this country of a good, informed and principled citizen upholding the values of the constitution. If I’m observed as the future of my country, I shall have to be cautious in the present and toil hard to be worthy of leading my country. I invoke all my contemporaries to get out of the nutshell as the responsibility of India is ours now. We don’t have to fear anyone and speak out our minds ruthlessly. We’re the change and instead of following the set trends we’ve to change the trend and set a new trend for posterity to follow.