Another year goes down in what could be called a “tentative” history. This year had quite a few surprises which exposed itself provocatively, sometimes surreptitiously. As the year comes to an end, one must but surrender to the actions, events that shaped the world, and reflect rigorously, scientifically as well as philosophically, over the wild anatomy of where the world is headed.

Here is such an analysis that pretends to decode the implications this year brought on us. The discourses, the ideas, the leaps, the movements, the suggestions — this year carried it all. It is this thought that forages — and begins by witnessing India in a forlorn state.

The country witnessed a huge emotional warfare throughout the year with the major event headlined the Lok Sabha elections. Naturally, the diabolism that precedes and succeeds the dance of democracy were rather unprecedented.

A month-long dialogue with our intimate enemy

What belonged to the months that preceded the elections were symbols of nationalism.

In the beginning of February, there was an attack which shook the nation in its entirety. It was an attack on a convoy of vehicles that killed 40 CRPF Jawans in Pulwama district, in Jammu and Kashmir. While the death of a Jawan, until now, have been considered an offering to the nation, this particular incident took a different turn. It objectified those deaths, it made them an element of war and it, most of all, served as a sign, which would eventually form a chain, of an attempt to define nationalism.

There was then the Balakot airstrike, taking place days after the attack in February, on whose chariot India declared war on Pakistan.

The airstrike was claimed to have been a preemptive one directed against a terrorist training camp in Balakot region, in Pakistan. There were however questions raised on the credibility of the attack — that speculated the target site to be a barren land with no camps — thus deeming the whole thing, a hoax.

India stood its ground positively affirming the attack to be a successful one. The airstrike, ambiguous in its operation, held following its course, a psychological target, that impressed upon its citizens – vandalism disguised as valour.

Pakistan, in the course of a retaliatory action, on the following day, held captive the Wing Commander Abhinandan Varthaman, for around 60 hours until he had to be released on account of the International pressure. The release of Abhinandan sparked waves of patronisation, across the country, over our intimate enemy, Pakistan. The hostility in otherness with our neighbouring nation now became an active one, an active otherness, such that the existence and purpose of the nation became this very other.

Following this, later in April, the country in its anticipation, resonated on a voter turnout of over 67%, the highest ever, as well as the highest participation by women voters. In May, the result day announced a mandate with the Narendra Modi led-government winning with a majority thus  becoming the first non-Congress leader to form a majority government for two consecutive terms.

While the signs that preceded the elections seemed very rosy, owing to the glamour and the affectionate relationship between India and Pakistan, what succeeds the elections wasn’t hunky-dory after all.

On the 5th of August, the government revoked the special status of Jammu and Kashmir, which was previously not under the same clause of the constitution as the other states, by having been excluded direct ordinance from certain articles of the Indian constitution. The abrogation of Article 370 resulted in the bifurcation of the state into two union territories: Jammu & Kashmir and Ladakh. The contentious bill, in its pretext of making the state more inclusive, subliminally deceived the minds of its citizens. The state, with no means of communication, its people, with their rights violated, fighting hard to make their voice heard, have since been into oblivion, with no signs of their whereabouts, nor of the toll of deaths of its own people or journalists likewise.

The implementation of this act featured, as a “normal, severe encroachment by the power. The now union territory, since August has been under a state of lockdown, completing 145 days of internet shutdown, with no signs of provision yet. A plea to the supreme court, in addition to the several petitions filed, challenged the abrogation as ‘unconstitutional’ on grounds of “disregard of consent” of people of J&K.

While this controversial bill was still under the radar, scrutinised on account of dishevelling the virtues of constitution, another event took precedence — that of the Ayodhya Verdict. The Mandir issue has been a long fought battle and took an essential place in BJP’s manifesto. Mass murder, rapes, arson, riots — this religious battle, in the past, had been a communal undertaking. The verdict was figurative of the personification of a deity that became political in nature. After long hours of court hearing, a judgement was passed by the Supreme Court. The disputed land, owing to certain archaeological evidence, was given to a trust, representing the government of India, to build the Ram Janmabhoomi, and an alternative 5 acres land, in another place, was given to Sunni Waqf Board to build a mosque. It wasn’t a case for justice, that nominally befits the court, but was a case in which justice could be stomped over by the banality of a communal agenda.

Who is a Citizen and who isn’t ?

The act that stirred some bones and provoked the nation — the Citizenship Amendment Act(CAA) — which along with the simultaneous implementation of National Register of Citizens(NRC) throughout the country, was passed as a bill this December. Until now, the NRC has been implemented only in the state of Assam, that, as its implication, ruled millions out of their homes to a proposed detention camp. The implementation of NRC, along with the CAA, is said to have been anti-semitic in nature. The bill refrains from giving refuge — a fast track citizenship — to people in countries where muslims are a minority. As a result, allegations are by part pointed towards the communal nature of the bill, citing violation of basic principles of the constitution, like the Article 14 which says,

“The State shall not deny to any person equality before the law or the equal protection of the laws within the territory of India.”

A year of ‘Inquilab Morcha’

A hymn, surmounting the fear and rage, took to the streets in India. A mass movement, led by students, singing in chorus the treachery and the anarchy that dawned on us, with an appeal for freedom, resonated among individuals in the country. The chain of signifiers that led to this movement hasn’t dwindled a bit despite the government’s imposition of a complete lockdown in regions throughout the country.

2019 has been a year that structured a language of protests. The oppressed found solidarity from people across the world, marching in union against the oppressive, sometimes in silence, sometimes through an exhibit, with symbols, responding to the signs created by authoritarian regimes and Fascist controls.

In June this year, an extradition bill triggered protests across the region of Hong Kong. The bill sought to bring Hong Kong under the direct jurisprudence of China. Having to resist the control, Hong Kong went on a months-long push back against the authority, fighting for a pro-democracy cause. The pro-democratic movement did not just limit itself to the yearnings of Hong Kong, but also took over the streets of Sudan.

Sudan, following an emergency, ousted its long term President Omar al-Bashir via a coup d’etat. Later, when the military took over, the protests only grew stronger, often in more violent ways. A military dictatorship was at place. It was only later in August that a truce was met, between the military and the protestors, with both sides approving of a power-sharing agreement.

The anti-government protests came to be in countries such as Algeria and Iraq as well, where dissent was expressed on poor governance by the governing body. The protests marked this year a moment of liberation, fortuning on voices of anti-authoritarianism, taking no slack in any form of injustice.

An Ode to the Environment

The 2019 UN Climate Action Summit took place in New York City during September holding into account the Paris Agreement deal, where the goal was to reduce greenhouse emissions to prevent global temperature from rising by more than 1.5 degree celsius above pre-industrial levels. Greta Thunberg, a child activist from Sweden who famed on her aggressive approach to tackling climate change, highlighted the event, with her famous phrase “How dare you!” in response to the non-seriousness over the issue, among the world leaders, across the world. Simultaneously, in September, several climate strikes took place across 150 countries, attempting to raise awareness and to propel action towards reducing carbon footprints and securing a better future for the subsequent generations. The strikes, according to a report by the The Guardian, brought a participation of roughly around 6 million people, with Greta as a leading figure, a symbol, of climate change activism.

A leap for Indian Space Research 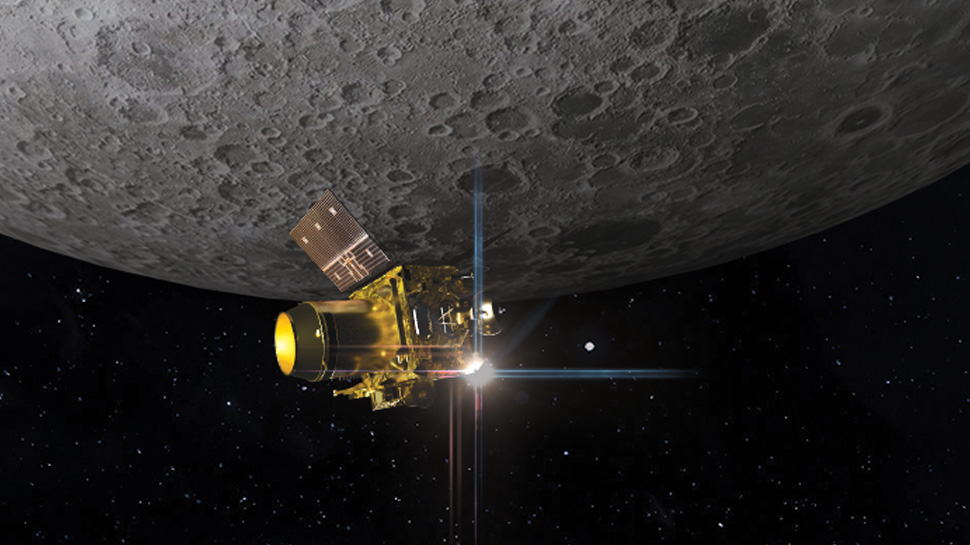 In July, ISRO went on a lunar exploration mission with its spacecraft Chandrayaan-2. The spacecraft comprising the Vikram Lander was said to open the moon to a more wider inspection and to take India to a higher stature in terms of space research. Unfortunately, the lander crashed onto the moon, when at a few meters away from the surface, and was found in a position, tilted from its original axis, hours after losing contact with it. The mission however ensued India’s potential in space research.

The event horizon telescope(EHT), an Earth-sized interferometer, used radio waves to capture the image of a black hole. The black hole in itself cannot have any visuals but the immense gravitational field surrounding it, can be visualised. The bending of light, spiralling towards the center of the black hole, because of its gravitational field, comprises of what can be known as an accretion disk. The accretion disk surrounding the supermassive balck holes in a galaxy called M87 was captured for the first time using this telescope. The image provides an evidential support to the preconceived notion of a black hole, as was suggested by Einstein’s theory of relativity.

Over all, 2019 was a year of human spirits — in sporting unanimity in fighting ideologues, in following trends that pushed a cultural revolution in care towards the environment and in pushing boundaries towards frontiers of the known. Whilst several attempts towards homogeneity was made — increasing right-wing populism in the world testifies to that — human expression triumphed in the end. There are still battles to be fought with the advent of the new year. However faith in human expression and the symbol it represents solicits hopes for a better future ahead.