On Friday, the Union Home Ministry announced through a gazette notification that the Citizenship Amendment Act under which non-Muslim refugees from Pakistan, Bangladesh and Afghanistan will be given Indian citizenship, will come into force from January 10.

“In exercise of the powers conferred by sub-section (2) of the section 1 of the Citizenship  (Amendment) Act, 2019 (47 of 2019), the Central government hereby appoints the 10th day of January, 2020, as the date on which the provisions of the said Act shall come into force,” the notification said.

Despite nationwide criticism and protests, The BJP-led government passed CAA with a heavy majority in parliament on December 11.

According to  the Citizenship Amendment Act, members of Hindu, Sikh, Buddhist, Jain, Parsi and Christian communities who have come from Pakistan, Bangladesh and Afghanistan till December 31, 2014 facing religious persecution there will not be treated as illegal immigrants but given Indian citizenship.

There have been widespread protests and passing of Anti-CAA resolutions against the act in different parts of the country.

However, the government and ruling BJP has been defending the act saying that the minority groups from the three countries have no other option but to come India when they face religious persecution there.

The home ministry, however, is yet to frame the rules for the act, says the PTI report.

Those who are opposed to the legislation are saying that it is for the first time that India will grant citizenship on the basis of religion which violates the basic tenets of the country’s constitution.

On Thursday, as many as 106 retired bureaucrats , citing grave reservations about the constitutional validity of the Citizenship Amendment Act, wrote an open letter to people saying both the NPR and the NRIC were “unnecessary and wasteful exercises”, which will cause hardships to the public. 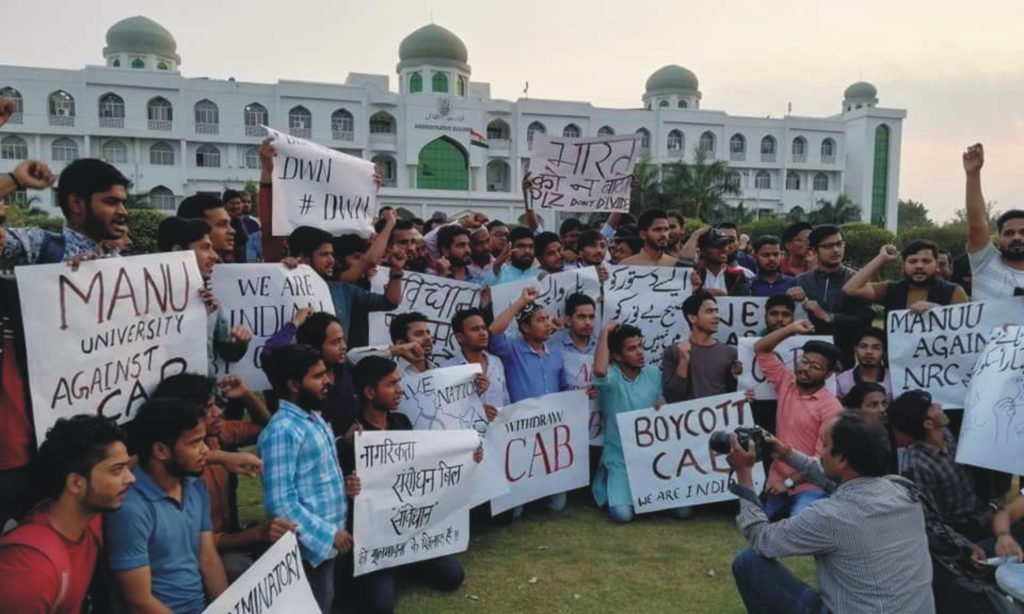 The letter, titled “India does not need the CAA-NPR-NRIC”, said,”We have our grave reservations about the Constitutional validity of the CAA provisions, which we also consider to be morally indefensible. We would like to emphasise that a statute that consciously excludes the Muslim religion from its purview is bound to give rise to apprehensions in what is a very large segment of India’s population,”

Further adding, “At a time when the economic situation in the country warrants the closest attention of the government, India can ill afford a situation where the citizenry and the government enter into confrontation on the roads,” said the letter.

“Nor is it desirable to have a situation where the majority of State Governments are not inclined to implement the NPR/NRIC, leading to an impasse in centre-state relations, so crucial in a federal set up like India,” it added.

Above all, it said, “We see a situation developing where India is in danger of losing international goodwill and alienating its immediate neighbours, with adverse consequences for the security set-up in the sub-continent”.

The retired bureaucrats said there was no need for the National Population Register (NPR) and the National Register of Indian Citizens (NRIC). Arguing that, they also constitute an invasion of the citizens’ right to privacy, since a lot of information, including Aadhaar, mobile numbers and voter IDs will be listed in a document, with scope for misuse, it said.

The former bureaucrats questioned the widespread setting up of Foreigners’ Tribunals and detention camps under the Foreigners (Tribunals) Amendment Order, 2019 and asked people to urge the government to withdraw the Foreigners (Tribunals) Amendment Order, 2019 and withdraw all instructions for construction of detention camps, besides repealing the Citizenship Amendment Act (CAA), 2019, according to the letter.

Last month also, nearly 2,000 scientists and science students from around India signed a public letter condemning the proposed changes to the Citizenship Act as antithetical to the country’s constitutional principles. Despite a strong nationwide resistance, the Central government has not taken any step back from its plan to enact the law. As the Act comes into effect now, the protesters argue their resistance will intensify and undemocratic actions of the government will be protested against.