CDS General Bipin Rawat recently participated in the Raisina Dialogue, a conclave of global affairs being held in Delhi. It was here that he said that in India young children were being radicalised and therefore there is a need to identify such children and place them to de-radicalisation camps. The Chief of Defence Staff(CDS)said that all allegations about the army being “heavy handed” and making frequent use of pellet guns were false and said that the army had been using pellet guns only “sparingly.”

He referred to Kashmir when he spoke about the radicalisation of children and said that there were many children who were being radicalised in the erstwhile state and there was an urgent need for the government to both identify them and help them de-radicalise their minds.He also confirmed that contrary to allegations, the army wasn’t using pellet guns frequently and had been using them only “sparingly.”

He also said that it had been imperative for the Centre to deal with the issue of Kashmir with a “heavy hand”initially and that it was the soldiers who were always the first ones to take the first bullet and not the civilians. This according to him was leading to a large number of casualties in the services. He stressed that the ideology of radicalisation needed to be addressed and an end needed to be put to even “online radicalisation.”

While speaking about his new role as chief of defect staff, Rawat pointed, “I think the task is well cut our and we will be able to function within the firm framework which has been laid out for the CDS. I don’t visualise any problems. We’ve had meetings with three chiefs and a lot of decisions have already been taken in the last 15 days.”

He also said that negotiations with the Taliban should also be thought about, provided they are prepared to give up the “weapon of terrorism.” 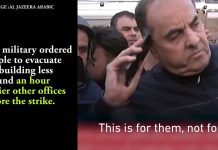