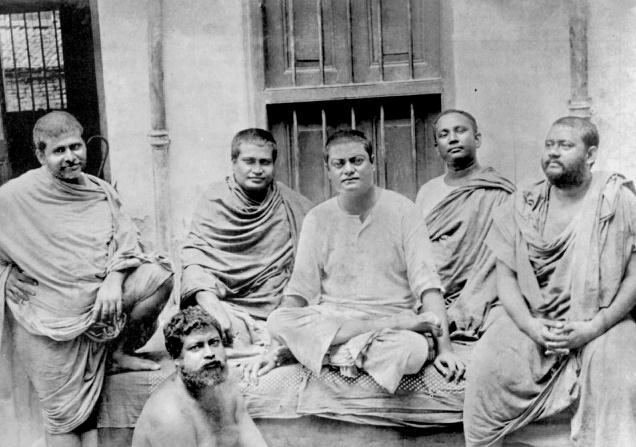 As the birthday of Swami Vivekananda is also celebrated as National Youth Day, it is a good time to ponder what India’s youth should learn from the great swami, particularly in these troubled times.

Mahatma Gandhi has written regarding the impact of Swami Vivekananda’s work on him, “I have gone through his works thoroughly, and having gone through them, the love that I had for my country became a thousand fold.”

Rabindranath Tagore called upon people and youth in particular to learn from Vivekananda. He said, “Study Swami Vivekananda. In him everything is positive and nothing negative.”

Romain Rolland wrote about Swamiji, “He of all men achieved the highest equilibrium between the diverse forces of thought, and was one of the first to sign a treaty of peace between the two forces eternally warring within us, the forces of reason and of faith.”

Dr. Karan Singh has written, “Such is the broadness of Vivekananda’s concept of the Hindu faith that had he been around us through some magic, he would have spoken against the idea of ‘clash of civilisations’ as he believed in ‘confluence of religions’.”

Despite his young age, Swami Vivekananda worked at several levels on complex issues. On the one hand he was determined to discover the essence of his religion so that it could be rescued from useless obscurantism and linked to the service of people and all forms of life. Serving God is best fulfilled by serving people and all forms of life was his single message to his co-religionists. His message to fellow-sanyasis was based on the same perception and he said clearly that the role of a sanyasi should be “to sacrifice his life for others, to alleviate the misery of millions, to provide the ignorant and depressed masses with the ways and means to stand on their own feet….”

At another level he linked up the revival of his own religion with broader changes for peace, harmony and tolerance in the entire world. Similarly while addressing youth he emphasised spiritual strength, but also linked it to practical issues like spread of education with special emphasis on the education of girls and women. Moreover education must be linked with character-building and action. As he wrote, “Education is not the amount of information put into your brain and that runs riot there, undigested, all your life. In education, there should be the assimilation of life-building human-making ideas.”

“If you’ve assimilated five good ideas and made those part of your life and character, you have more eduction than any man who has memorised a whole library by heart.”

Vivekananda had a special relationship with the youth of the country, and hence was closely involved with the issue of educational reforms. He wrote, “By education I don’t mean the present system, but something in the line of positive teaching. Mere book learning won’t do. We want education by which character is formed, strength of mind is increased, intellect is expanded, and by which one can stand on one’s own feet.”

Swamiji was again amazingly close to modern radical views of educational reforms when he said, “You cannot teach a child any more than you can grow a plant. The plant develops its own nature. It also teaches itself, but you can help it go forward in its own way.”

There is not even a shred of doubt that Vivekananda’s essential message is of universal love and harmony of various religions. He goes beyond mere co-existence and tolerance, and calls upon followers of various religions to inspire each other and work together for creating a better world. Despite this clarity, even rabidly communal elements have been using Swamiji’s quotes out of context to promote their own narrow causes, and this creates confusion in the minds of youth. Therefore it is important to re-emphasise Vivekananda’s message of harmony and unity of various religions.

Swami Vivekananda said very clearly, “Humankind ought to be taught that religions are but the varied expressions of THE RELIGION which is oneness, so that each may choose the path that suits him best.”

Bharat Dogra has written extensively on freedom fighters and social activists. His latest book is Vimla and Sunderlal Bahuguna—Chipko Movement and the Struggle Against Tehri Dam in Garhwal Himalaya.