The Delhi elections are just a couple of hours away and the Capital is in full election fervour. From extensive campaigning to political rallies and fiery speeches-political parties are leaving no stone unturned to woo the voters. In this aggressive, cut-throat battle to power, hate speeches, usage of abusive language, misogyny and symbolic violence have been clearly present.

From BJP MP Pravesh Verma’s controversial remark that Shaheen Bagh protestors would “rape and kill” Delhi residents to Union Minister Anurag Thakur’s and Uttar Pradesh CM Yogi Adityanath’s remarks on anti-CAA protestors  and Shaheen Bagh respectively, we have witnessed how all pervading the usage of hate speeches and abuses has become this political season. From calling Shaheen Bagh a Muslim conspiracy to blaming the Opposition for feeding the nation’s traitors with “Biryani” to calling Delhi CM Arvind Kejriwal a “terrorist”: the election wave has really unleashed the crudity and brutality of our political sensibilities. Can political decadence be taken for granted and were our political sensibilities always so blunt?

In this article, let us try to delve deeper into this culture of verbal abuse, symbolic violence and hatred that have become such integral components of Indian political culture. Is this culture a deviance or the norm? Let us find answers to these uncomfortable questions.

It would be like turning blind eye to an all pervading reality if we say that the culture of verbal abuse and misogyny don’t exist in Indian politics. In fact, it would not be wrong to say that verbal abuse, symbolic violence and misogynistic commentary have become such integral components of our political culture that it almost seems impossible to imagine a political milieu built on decency, civilised debate and polite disagreement.

A part of the fault is our own because we as voters have learnt to accept the culture of verbal abuse and misogyny in Indian politics and have often gone ahead and even taken it for granted, we have learnt to live with it.

It wouldn’t be wrong to underline the fact that we have normalised the culture of abuse and indecent commentary in Indian politics to such an extent that if it is a female politician, we almost expect her to be subjected to sexist remarks.

Women across political affiliations are subjected to misogynistic abuse, sexist jokes and prejudices in Indian politics and this crass misogyny is seldom problematised much less fought against seriously.

From Mamta Banerjee, Mahua Moitra, Sonia Gandhi to Smriti Irani, there is hardly a woman politician in India who hasn’t been a target of such verbal violence.

For some people this violence is experienced in a more overt and manifest manner in the form of public abuse by other leaders, mostly from the opposition but also from their own parties, while for many others it remains covert.

This may have various forms such as sexual harassment, unwanted sexual advances and sometimes dirty sexual comments and prejudice. Perhaps the underlying message that the culture of Indian politics seems to be giving out to people is that if you are a woman wanting to make a career out of politics, you cannot do anything but learn to grapple with this murky misogynistic presence. While women politicians are targets of rampant misogyny and abuse, it is not as if men don’t have to suffer or don’t become targets of this rampant culture of abuse.

Revamping Indian Politics: Seeing Beyond the Culture of Hate

It would not be wrong to say that the country’s present political culture needs some sort of revamping and we need to rethink the possibility of civilised dialogues, meaningful dissent and respectful disagreement instead of resorting to the ugly culture of abuse and misogyny.

Perhaps, one feels the need for this transformation and change especially during the elections when all political parties are specially anxious and in a mood to win the race for electoral power by hook or by crook.  Like money and muscle power, rivers of abuse are also flown to make one’s political decibel louder than the other.

As the Delhi assembly elections are only a couple of hours from now, the election fever has surely caught politicians from across party lines. The BJP, Congress and AAP are the major contenders in the upcoming elections and they are leaving no stone unturned to attack the other and establish their presence in the voter’s mind.

The mirky political battle is cut-throat, aggressive and bitter and abuses are certainly at the core of it all. Abuses are outrageous from anyone but when the country’s leaders hurl abuses at one another, it sets the most dangerous precedent to emulate. It would not be wrong to say that the decadence of Indian politics is most visible now as we see how mockery, virulence and hate dominated speeches have become a luxury of the political class.

Can Decency and Disagreement Ever Go Hand-in-Hand?

While we may answer the question above with a resounding “No”, things were once a lot better. There was disagreement and vibrant debate but that did not imply a compromise with decency and civility.

This culture of verbal abuse and symbolic violence is in stark contrast to the culture of political debate in pre-independent India as well as in the early years of independence.  Leaders disagreed with each other and expressed their dissent quite strongly but did not degenerate into the culture of abuse, attack and misogyny.

In fact, political adversaries had greater respect for one another rather than abhorrence. Instead of breeding anger, hatred and dividing society, that era and its politicians were guided by civilised debate as the bedrock of a healthy and democratic society.

Let us take an example, when Jawaharlal Nehru became the first prime minister of India, it was Mahatma Gandhi who reminded him that independence was won not just by the Congress so people from diverse ideologies should be made part of the Congress and its first cabinet.

Adhering to Gandhi’s advice, Nehru’s cabinet comprised people like Shyama Prasad Mukherjee, despite the fact that he belonged to a completely different ideological camp.

Interestingly, it was Jawaharlal Nehru who had also predicted and blessed Atal Bihari Vajpayee and said that one day he would become India’s prime minister.

Nehru had seen Vajpayee as a young parliamentarian in 1957.

Former PM Indira Gandhi is also known to be able to speak to her political opponents with grace and courtesy. She received rampant abuse and verbal hatred from her adversaries but she seldom resorted to the culture of engaging with them through abuse or personal attacks.

She respected her rivals too and perhaps this was the reason why her staunch critic, Jayaprakash Narayan once blessed her with a bright future, despite calling her a dictator in the past.

After the war of 1971, Atal Bihari Vajpayee sang praises and called her Durga.

Things began to get bitter during the Vajpayee and Sonia Gandhi era, where both the parties left no stone unturned to hurl political abuses at each other. The rivalry was bitter and harsh.

Atal Bihari Vajpayee and L.K. Advani kept bringing in her foreign identity to prove that she wasn’t capable of become the Indian prime minister. But even amidst this staunch rivalry, none of the parties crossed limits and remained in the ambit of decorum and political decency.

But these values now seem to be a thing of the past and all limits of decency seem to have been long forgotten. We are expecting a new low in the current political discourse. Can we stoop any lower?

With elections hovering over and the political climate becoming tense, can we hope to cure a degenerated and murky Indian political scene? It is impossible to find any easy answers but perhaps it is time we reminded ourselves of the long forgotten values of sabhyata(civility) and samrasta(politeness) and bring them back into the culture of our politics, for they defined Indian politics-not abuses. 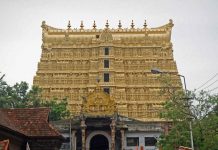 The Padmanabhaswamy Temple Controversy and the Politics of History Telling