It is of course true that India has many schemes to reduce various aspects of multi-dimensional poverty. However as many analysts have repeatedly shown in recent years, many schemes are launched with adequate budgetary support and what is more, very arbitrary and significant budget cuts in these schemes are routinely made at the time of revised estimates.  Much later we often know the actual expenditure was even less than the revised estimate.

To give one example MGNREGA has not received the desired support and in many field situations its implementation is very different from its original intent. In some places I was even told that the work was done by using heavy machinery, false names of pradhan’s men were used to get  wage payments which then were substantially taken back from them by the pradhan. Apart from low allocations, corruption on a large scale deprives people of actual benefits.

Highly expensive and ecologically destructive farming and other technologies imposed by highly distorted government policies have led to escalating costs, while soil quality and water table have suffered very badly. In dairying also costs have increased greatly due to decline of pastures  and the difficulties of the landless are more as they do not have crop residue based fodder. The prevailing industrial pattern has created too many obstacles in the path of broad-based rural livelihoods, as envisaged in the Gandhian model of development. This cannot be made up merely by organizing self-help groups in villages as more structural changes in the pattern of development are needed.

Land reforms have been completely neglected in recent times and whatever hope the landless had earlier of getting at least some cultivation land has been denied in recent times. Hence the biggest possible source of improving the livelihood of the poorest landless people on a sustainable has been torn out of the agenda most rudely and this is not even being talked about in the discourse on rural development. In vast rural areas land inequalities are in fact increasing as urban and corporate interests are getting more land. Local powerful persons have also been grabbing the land of weaker section farmers on a large-scale. Avoidable displacement from areas of highly dubious projects has led to the loss of land by millions of people, particularly small farmers.

While climate change related factors are  responsible for aggravating drought, floods, river erosion and other disasters, many distorted government policies led to worsening of such trends instead of alleviating them. Wrong government policies as well as powerful hold of strong interests have contributed in a big way to decline in water table. In some water scarce areas water continued to be available in abundance to liquor distilleries even though villagers and their farm animals could not quench their thirst. A distorted approach to flood protection has aggravated the problems created by floods, waterlogging and river erosion for countless villages. Indiscriminate mining and quarrying, stone crushing, sand mining and other polluting activities have destroyed the farmland, other livelihoods and healthy living conditions in rural areas on a massive scale.

Government policy has actively promoted the setting up of liquor vends in  remote villages. This has led to a big increase in liquor consumption, in turn leading to economic hardships, health problems, domestic violence and crimes. Women who have come to demand removal of liquor vends have been brutally beaten up in many cases. The increasing criminalization of many rural areas and increasing dominance and terror of politically supported mafia groups have added greatly to the safety concerns and  tensions of a very large number of people, particularly those from weaker sections and religious minorities.

The money being drained out of village households on account of high interest payments on debts taken from banks and moneylenders, expenditure on corruption and litigation as well as expenditure on liquor and gutka have increased in a big way and for this government policies and functioning are responsible to a significant extent. Many important social reforms which could have provided relief to people have been ignored .

In many villages I have seen tensions increasing greatly due to threat of loss of land due to indebtedness, loss of crops due to much higher number of stray cattle , increasing marriage and dowry expenses and also increasing liquor and drug addiction. All these factors are related to wrong policies or failure to bring much-needed good policies.

Of course some benefits of good government schemes exist and we should certainly not forget this in any honest overall evaluation. Where good officials are working hard, where good activists are also working in cooperation with them  results are sometimes very good. Some very good and honest rural development officials exist in various parts of the country and at the central level in Delhi. However the real situation in rural areas should be seen for what it is and there is certainly a situation of deepening rural distress in vast parts of the country. 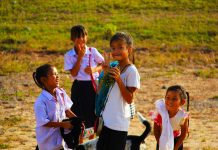